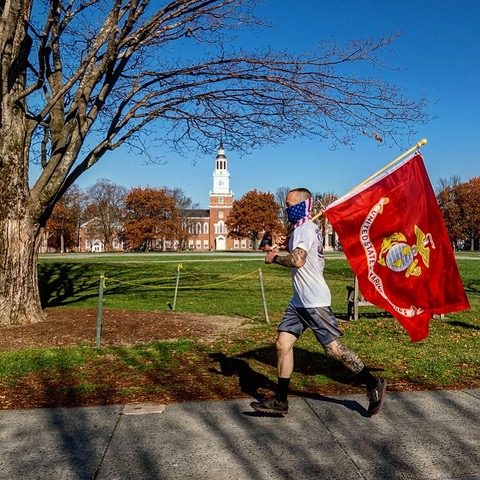 For Jason Mosel, quitting was not an option. Deep into The Endurance Society’s Infinitus 100-mile race in Goshen, Vermont, he was testing his limits. Mosel had endured much worse in his life, but in this moment, deep in the Vermont woods, his mind wandered. With every painful step, it felt as though he was walking on broken glass. “That moment was a life lesson that I will never forget, and I will keep it with me for as long as I live.”

Mosel was born and raised in Waterbury, Connecticut, and a self-described typical kid of the 90s. He listened to heavy metal music and kicking around a hacky sack was the extent of his physical activity. The innocence of his teenage years ended on September 11, 2001. While the country mourned, Mosel started making plans. “After 9/11, I made the decision that I wanted to join the United States Marines and serve our country. I hung up the chain wallet and JNCO jeans, and started to prepare myself for going to boot camp in Parris Island, South Carolina, at the age of 16.”

“I want to be the person that shows everyone that the walls we put up in our minds are ones we build ourselves, and we have the strength to tear them all down.”

After serving his first tour in Iraq, Mosel came back home to a whole new set of struggles. Ones that training hadn’t prepared him for. “From everything I saw, everything I did, I may have physically left the country of Iraq, but my head was still there.” He was given medication to control the pain and began self-medicating with alcohol. He soon came to a crossroad and, unable to see a way out of the darkness, attempted to take his own life. “I was placed in a mental ward and was given more medication, along with help from multiple therapists.” 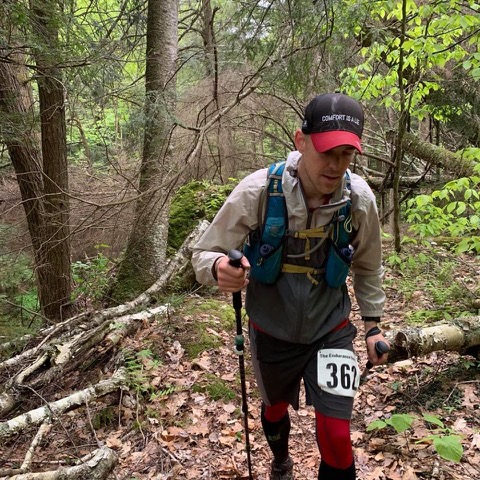 After returning from Iraq for the second time, he was honorably discharged. He and his wife, Amber, headed back east, eventually settling in Vermont. “During this time, I still continued to drink heavily, always looking for the answer to my problems at the bottom of a bottle.” A key turning point happened when a friend asked if he’d be interested in competing in a Tough Mudder. Intrigued by this new challenge, Mosel agreed. It turned out to be exactly what he needed. “As beaten and broken as I may have felt, I felt good. So, from there, I decided to get into some type of shape try it again.”

His new hobby wasn’t a cure-all, as Mosel continued to struggle with his drinking problem. He looked into the mirror one day and said “Listen, you can finger-point to everything you want, but at the end of the day, you are the one with the problem. You are the one with the demon who set up shop in your mind and he isn’t going anywhere. So, you have two options. Option 1: You let it control your life. Option 2: You make that mother f*ker pay rent and that rent is due every damn day.”

From that moment, Mosel demanded his demon pay rent in the form of hard work, dedication and commitment. “When I started to get into ultrarunning, that is where I found my passion. It was one of the only things that I had done that pushed me to a limit and got me to the point of wanting to quit, continue to grind and move forward.”

That day, as Mosel grinded through the Vermont woods, deep into the night on his 100-mile quest, muddy, swampy sections of shin-deep water awaited runners, with no way around. “I kept asking myself ‘Why are you doing this?’ Every time I would answer, ‘Because you gotta pay rent.’ The demon needed to pay rent. There are moments in a 100-mile race where it’s just you and your mind. No cheers from spectators and no aid stations. It’s just you and your mind pushing the limits.” 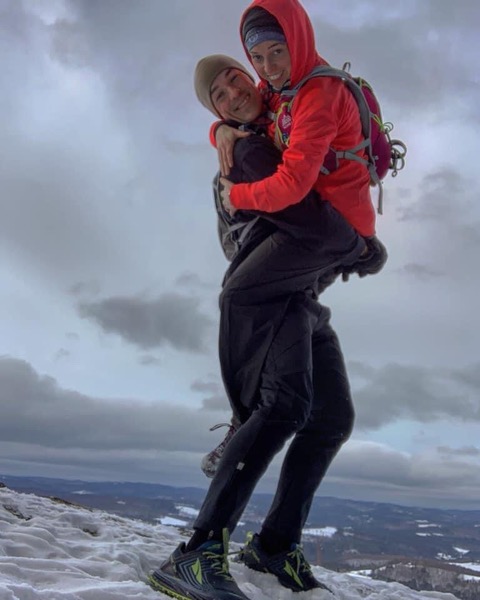 The last 14 miles of Mosel’s race were the hardest. “I knew my feet were in bad shape from the feeling of each step on shattered glass. Every inch becomes a foot, every foot a mile, and every mile will become 100.” Over and over, this continued to be his mantra. “The reason why this memory sticks out the most is because even though this all could have been avoided by simply taking care of my feet during a race, it reminds me what we are actually capable of. Too many times I have seen people quit something because it was too painful and 10 minutes after the fact, they are perfectly fine and wished they never quit.”

When Mosel is off the trails, he finds comfort in his vegetable and flower gardens. “Amber and I have a large garden and during harvest, we typically can grow enough vegetables to last over the winter, along with giving produce away to friends and neighbors.”

Looking forward, Mosel continues to push the envelope with his endurance feats. He’s taking on the Infinitus 888K (554 miles) in May of 2021. Runners are given 10 days to complete the race, and the terrain and weather can be very unforgiving and daunting. “I want to be the person that shows everyone that the walls we put up in our minds are ones we build ourselves, and we have the strength to tear them all down.”