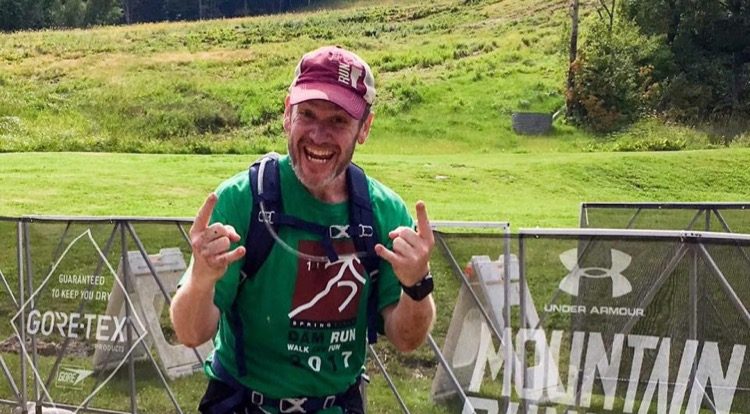 Chip Howard felt his adrenaline pumping as he began buckling himself into the thrill ride, Superman, alongside his family at Six Flags New England, but he had a problem. The buckle was not big enough. An attendant approached him and explained he would have to get off the ride. “My oldest daughter started crying as I walked the “walk of shame” away from the roller coaster. I waited for her with tears in my eyes as the ride finished. That was my rock bottom – I was so ashamed of myself.” That same year, he was diagnosed with hypertension and pre-diabetes. He enrolled in the bariatric program with the goal of surgery if he was approved. Walking became his focus and he logged 10,000 steps a day, one foot in front of the other.

As the months progressed, Chip introduced running, working himself up to three miles at a time without stopping. His wife, Shelley gave him her blessing when he asked her opinion about running a half marathon. “My training began in earnest a few weeks after I had gastric bypass surgery. I will never forget that first time that I completed the 13.1-mile distance.” He quickly signed up for his second and third. “It was fun and so peaceful. It was the exact right thing for me to discover at that period of my life.”

After hearing about ultrarunning from a childhood friend who had signed up for a 100-mile race, he laughed, “I couldn’t believe that anyone could go that far!” Spending time with trail runners, Chip soon realized he enjoyed the shared experience of being out in the woods. The 2017 Killington Marathon was on his radar – a race with a daunting 10,000 feet of elevation gain.

That summer, he settled into a training routine, which entailed hiking a local mountain, and running fast 10k loops near his house. “I’m not certain why this plan seemed to make sense to me, and I wish that I had spent more time considering what it meant to climb that elevation in a 26.2-mile course.”

Chip arrived early on race day, excited to get a glimpse of the ultrarunners who were tackling the 50k. “I stood on the sidelines cheering on those ultra racers. I committed to myself that I would be in that group the following year.” 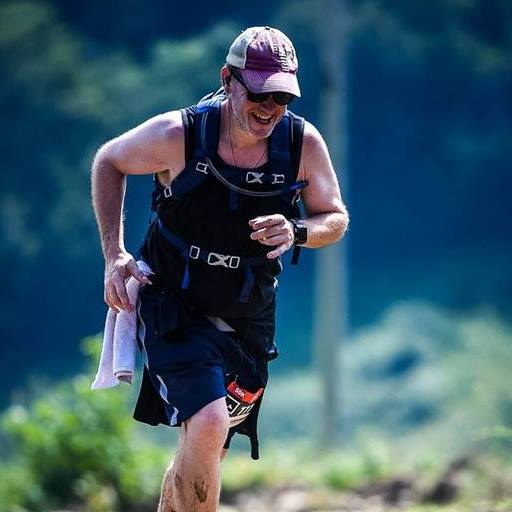 After the countdown to the start of the marathon, Chip went out faster than planned. “I tried to keep up this frenetic pace as long as I could, but by mile 4, I was not only no longer in the lead pack, I was now at the back of the pack and feeling really tired.” He knew he needed to change his approach and slow down on the hills. The heat, humidity and elevation were adding up.

By mile 19, he had reached the end of the line. “I knew I wasn’t going to be able to finish. I was disappointed with myself but didn’t see how I could go on.” Knowing the next few miles were straight up the mountain, Chip reached for his phone to let his wife and kids know he was stopping. “As I unlocked my phone, I realized that I had received a message from my wife and kids. They had called to let me know how much I inspired them, how proud of me they were for trying something new, and that starting this type of an adventure was a reason to celebrate.”

At that moment, Chip realized that his family was his reason to try and finish. “They had been with me when I started my weight loss and running journey. They had been with me when I had trained for this event. And they were with me that day as I tried to do something new.” The next aid station was about a mile away, Chip pushed forward with his family guiding him in spirit. Later on, hearing the announcer say his name as he crossed the finish line, the emotions took over. “I know I started crying when my wife gave me a hug. It was my most emotional finish ever.”

This race was the catalyst that taught Chip a lot about training, perseverance and foot care. “I lost three toenails from that race and learned enough that the following year I decided to compete in the 50k. That race showed me that I could overcome obstacles that seemed insurmountable.” 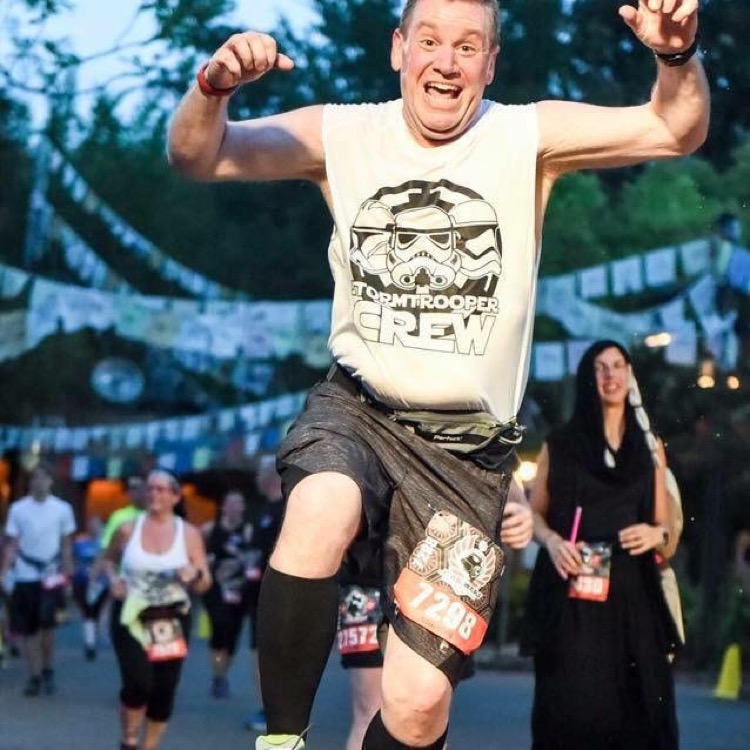 It’s interesting to see how one moment in time and one race can shape a person into who they are today. Chip’s resilience and desire to try new things have catapulted him into endless adventures, finding new pieces of himself along the way. He’s since gone on to tackle multiple 50-milers, and finish his first 100-mile race last October at the TARC Ghost Train Trail Race.

As Chip reminisces about the past few years, he smiles. “I now focus on why I run during big events, rather than how badly I hurt. That failure is often temporary. That it is okay to extend yourself beyond your limits just to test those limits. That running is like life – there will be ups and there will be downs and it can be fun to run in the rain, snow and sun.”