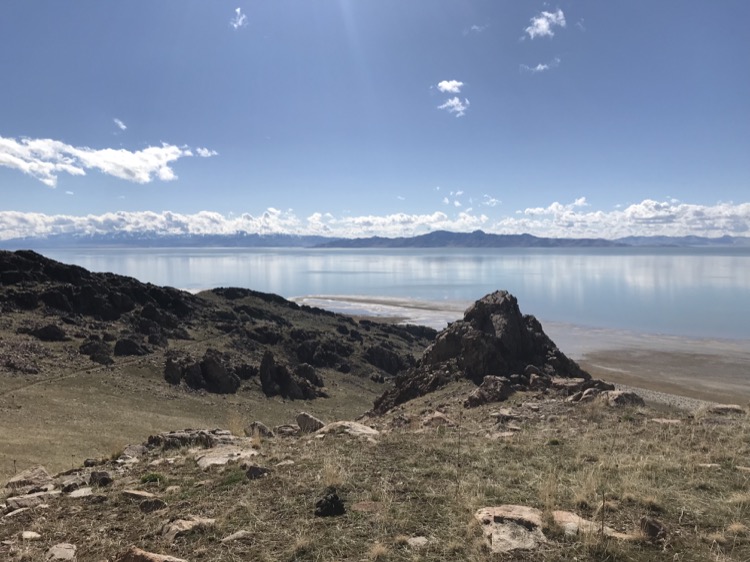 Snowflakes swirled and wind whipped around us at the Friday noon start of the 2018 Antelope Island Buffalo Run 100-Miler, but by the time we reached Elephant aid station at 5.5 miles, it was only partly cloudy. Heading out for the long, gentle descent toward Split Rock Bay, the chilly air grew still. By the time we were climbing the switchbacks back up to the corral, the sun began to feel warm. I heard the usual meadowlarks and canyon wrens, and buffalo grazed in the distance; it even smelled like spring. Weather seems to be a wildcard at the Buffalo Run: some years it’s almost 70° and some years it snows. It’s just March in Utah. 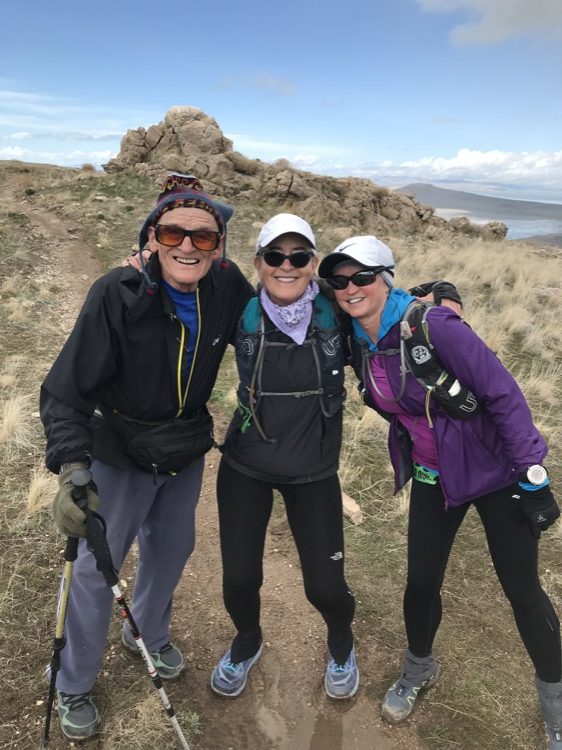 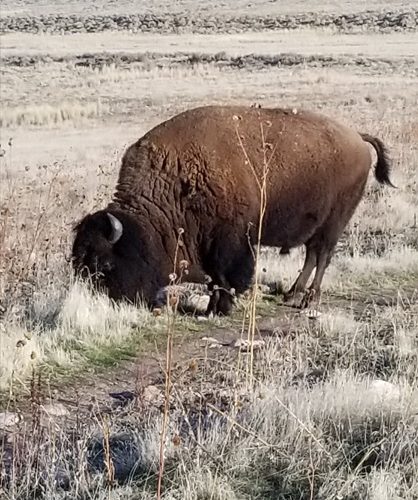 Earl the Buffalo on the shoreline trail. Photo: Tina Houskeeper

After completing the inner island loop, I reached the east shoreline trail as the sun was setting. A local coyote choir yipped and barked their way into a brief song. Forty minutes later, the snow-capped Wasatch showed off a lovely #pinkmoment on the east side of the lake. After a quick stop at the Ranch turnaround at 33 miles, I made my way back to the north side of the island, nibbling pizza and sipping ramen noodles at aid stations. It was cool, but as long as I was moving I stayed comfortable. When Karl Meltzer had a break in the action crewing eventual 100-mile winner Jeff Browning (15:28), he drank brewskis around the campfire at the Lower Frary aid station (27, 38, 77 and 88 miles). Stars rose and a rose-gold half-moon hung low in the sky, reflecting gentle waves on the Great Salt Lake, making it look like hammered copper. 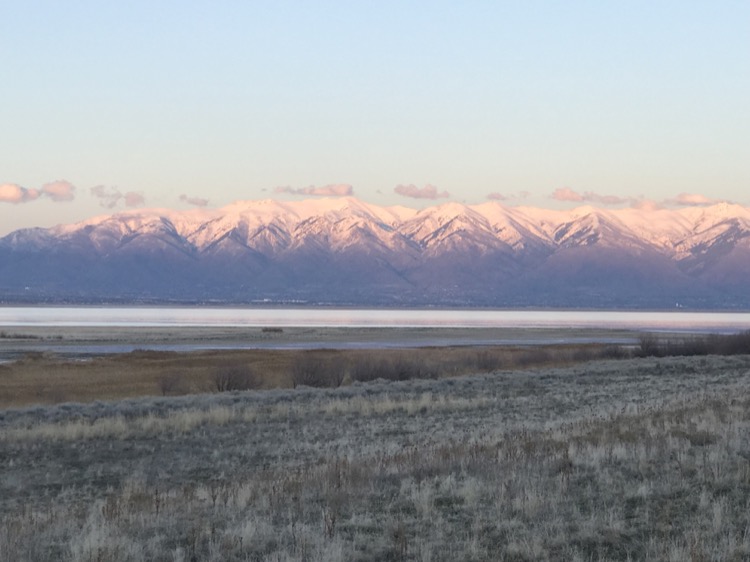 This was the 13th year for the 50k, 12th year for the 50-mile and 8th year for the 100-miler. Jim Skaggs puts on well-organized, no-nonsense races that are valuable early-season litmus tests. He attends to the multitude of unseen race details with the same patience as when fielding innocuous prerace questions. With the promise of home-brewed beer and home-cooked stew served in hand-crafted finishers’ mugs awaiting runners, this race has the perfect Antelope Island vibe.

Just as the races ended officially at 6:30 p.m. on Saturday, another storm moved in, and by Sunday morning had turned into snow. Once again, we dodged the weather this year.