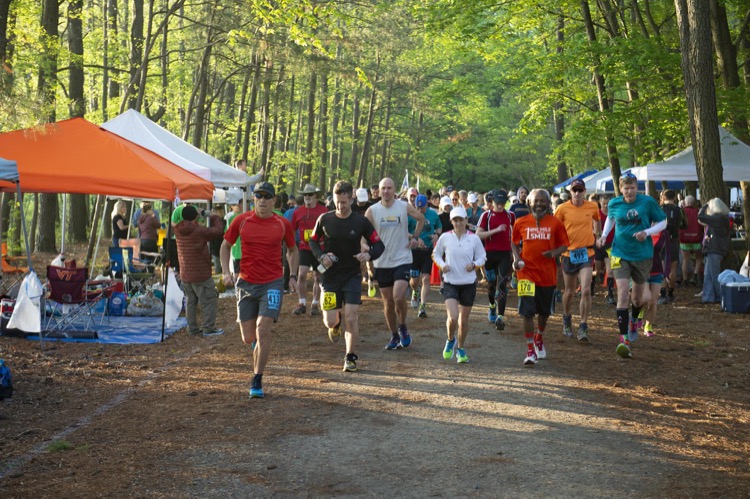 Enthusiastic and fresh runners head out for a day of fun on the trail. Photo: Jason Rinner

The 15th annual Virginia 24 Hour Run for Cancer was held at Sandy Bottom Nature Park in Hampton, Virginia on April 28-29, 2018. As always, the course consisted of repeated 3.75-mile loops on a series of flat, wide, dirt trails. After a tough, “down” year in 2017 due to record heat and humidity, the race returned to its normal record-setting ways.

The men’s winner was newcomer (in his first 24-hour race) Bryan Wilson with 108.5 miles and the women’s winner was veteran Christie Sumner (now a 2-time winner) who completed 102.25 miles.

With no clear “stand-out” favorites for either the men or women this year, the race appeared wide open for several contenders to win. That is exactly how it unfolded. For the men, the early leaders included Seko Francis, Aaron Debord, Carter Ficklen, and Scott Dean, with Bryan Wilson, James Wilson, Claude Hicks, and Greg Holden close behind. None was more than one lap back. Just before dark, Seko dropped out with 45 miles, and the others continued into the night holding a steady pace with small lead changes among them. Going into the final two hours it was still not clear who would win. When they hit the 100-mile mark, most of the men either stopped or added one to two more miles. That’s when Bryan Wilson took charge and, with James Wilson in close pursuit, seemed to gain strength. He crossed the finish looking like he could keep going. 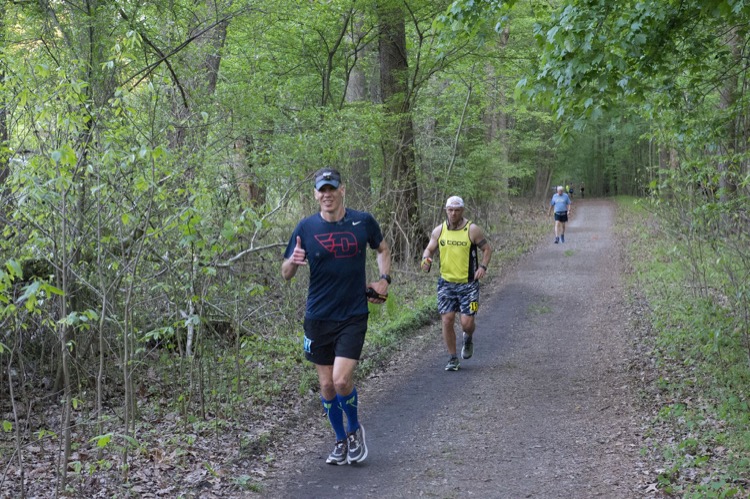 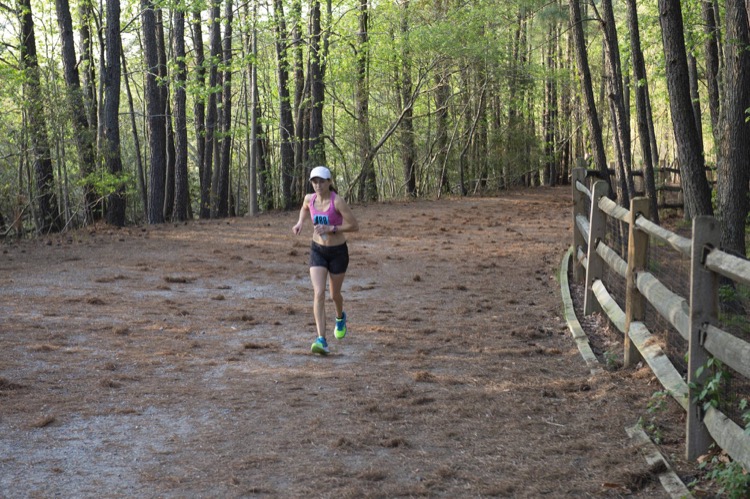 For the women, the early leaders included Christie Sumner, Karen Sanzo, Caitlin Jones, Ruthie Kreutzer, Catie Wilson, Andrea McHugh, and Rachel Swift. As the day wore on Christie maintained her lead with the others holding on not more than one or two laps back. As we headed into the nighttime hours several of the women fell back off the pace or stopped. By early morning it had settled into a two-woman race between Christie and Karen. Going into the final hour both were within a half mile of each other. However, Karen stopped due to stomach issues as soon as she hit 100 miles – she had nothing left. Christie found another gear and was able to add another 2.25 miles. It was one of the closest women’s finishes we’ve ever had!

Every year I give out a “Best First Ultra” award. This year’s winner was Jodi Urbaniak who ran 75 miles having never run more than a marathon before.

As always the volunteer lap counters were enthusiastic, almost flawless, and key to the race’s continued success. They cheered, encouraged, and pushed the runners on – at least 35 runners/walkers achieved new distance PRs. And most important of all, the Park Rangers provided their usual awesome support, without which the race could not be held. For the fifth year many were on the course with us all day as part of the Secret Squirrel Society Team.

Several of my friends and I (as well as several other runners) picked up germs, poisoned ourselves and ended up throwing up and not able to get back into the game. Each race can provide one more lesson….this time, the lesson was “bring the hand sanitizer, gingerale, and saltines”. I am looking forward to redemption next year and running a strong 100 plus miles.

This year’s race was fantastic! It was my 4th time and my furthest distance yet. Thank you George for putting on a great event! I am looking forward to next year!