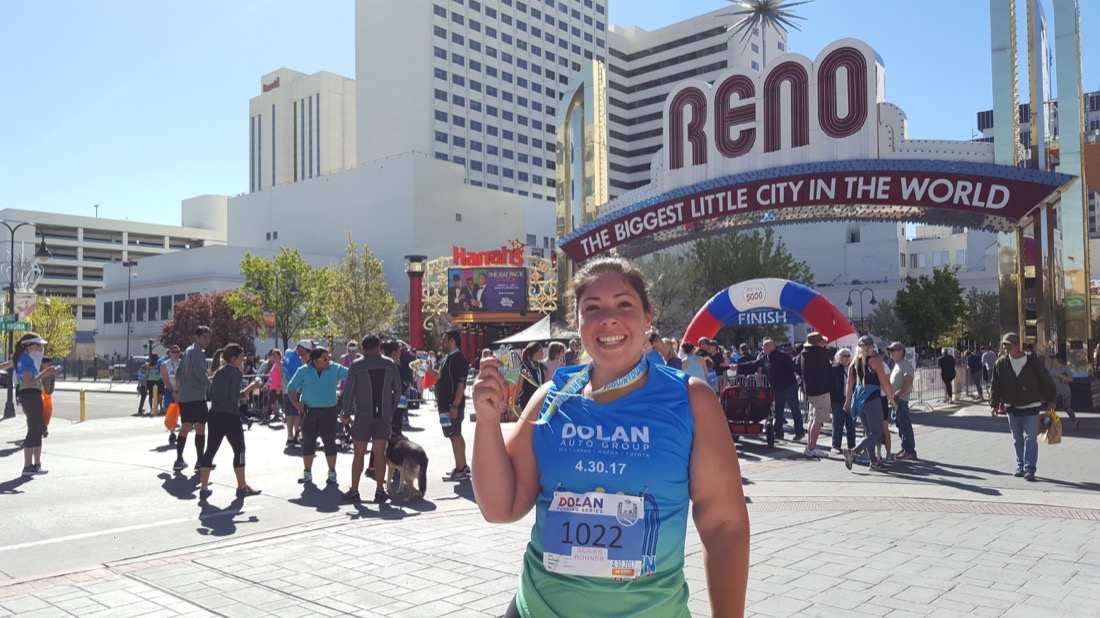 A reminder of life in all of its most precious stages

The young woman was in last place at the Kokanee Trail Runs. She walked into our aid station that morning with her pink long-sleeve shirt tied tightly around her waist.

Like many others this particular Sunday morning, not far from historic Camp Richardson on Lake Tahoe’s south shore, she had dressed in layers, which was appropriate because the morning had been typical for Lake Tahoe in October with chilly early-morning temperatures giving way to a blinding sort of blue-sky beauty. It was a morning where the changing leaves of the aspens were made to spin and dart with even the slightest of breezes, where our handheld radio crackled good-naturedly with the report of a bear having appeared on the course about a mile below us. The bear, it was said, was in no particular hurry. He/she had taken up residence near the trail, in a stand of alders and willows. And like a kid gazing through a hole in a fence, the bear sat seemingly in amused curiosity watching dozens of runners pass by. As is so often the case when we race on the trails, this was a perfect morning to be summoned into the brightness and beauty of the natural world.

And yet, something was amiss. The young woman had been crying.

She had a little over two miles left to finish her half-marathon. I offered her water, but it was a moment many aid station personnel know well. The runner we are tending to is elsewhere. The remaining miles seem too great – too insurmountable. There are no wounds visible on the outside. But inside, the battle to keep going becomes fierce.

“You’re going to be fine,” I said to the young woman. “You only have two miles left. It’s all pretty much downhill.”

The tears continued. She mentioned she had run another half-marathon the day before – on the Tahoe’s east shore at Marlette Lake.

“Well, no wonder you’re a little tired,” I said, jokingly.

“You don’t understand,” she said.

Of course I understand, I thought. I’ve run races on these trails for more than two decades. After a point, whether it’s a half-marathon, or a 50k, or a 50-miler, or a 100-miler, much of what we experience is universal. “You know, we all reach a point in our races when we wonder whether it’s ever going to end,” I said.

The young woman began walking out of the aid station. I decided to leave my post that I’d been manning for the past couple of hours. Since the sunrise, I’d stood next to a fold-out table with two uncooperative and leaky, five-gallon orange jugs perched atop it.

I began to walk next to the young woman. She was dark-haired, in her early 30s. I took a long look at her. Running doesn’t always reveal everything about us, but sometimes if we are laboring, it does coax out something unexpected. I was surprised by how much she appeared to be hurting. Not overtly. There was no limp. She was short and her legs were strong and her gait was solid. But her breathing was labored. It sounded sorrowful, like her soul had been nicked by something she wished to bury, but couldn’t.

In the big rivers of Alaska, there are often long flows of trees during the spring runoff. Some you can see with their tangle of roots riding high, like ghostly turrets, above the silty gray water. There are also trees that ride underneath the roaring runoff, their root structures so heavy the trees are never seen. That’s what it felt like as I walked next to the young woman – there was something deep and sad that I couldn’t see but knew was there.

“You don’t understand,” she said again. “I was there, I saw it. And when I was on the asphalt just now, it all came back to me.”

I tried to think of what she meant. There were a few asphalt sections on the course, including at the Sno-Park parking lot off Highway 89 where excited runners mingled pre-race. It had always been a space I’d recalled fondly. Years before my two daughters had run in a kids’ fun-run at the Kokanee Trail Runs in a half-mile “Tadpole Trot.” They had received ribbons that were in the shape and the bright-red coloring of the kokanee salmon, who each fall make an upstream spawning run up nearby Taylor Creek, one of Lake Tahoe’s 63 tributaries. The kokanee salmon are a youthful blue-silver in color while they are in Lake Tahoe; as they make their run up Taylor Creek, and they sense they are returning to the cooler waters of their ancestral home, they transform to a more mature bright red by the end of their journey. I’d always associated beginnings and endings, the potential of life and the sum of life, with those bright-red, salmon-shaped awards that were presented to kids who had, in a rush of pandemonium and joy, raced across the Sno-Park’s asphalt parking lot.

The young woman stopped. We are about 100 yards out of the aid station by now.

My reaction was swift. This young woman was no longer in last place. I grabbed her and hugged her. I could feel her arms wrap tightly around me, too. She began to cry again, and before I let her go, I told her, “I know this hurts right now, but you did the right thing by coming out here today and running on the trails. You have a lot of people out here who care about you and who want to see you get to the finish.”

As we let go, and she had set off down the trail, I called to her, “You are going to finish!” She sent me a wave over her shoulder. And then she disappeared from view, the dusty trail rising behind her in the light and dry Tahoe air. She did finish, of course, the last runner to cross the line on the asphalt of the Sno-Park parking lot.

A few days later, this brave young woman, whose name is Ashlie Encinias and who is a
Board Certified Assistant Behavior Analyst and has a long background in tutoring children with autism, reached out to me via Facebook.

“Hi John, I’m pretty sure you were at the mile 10 aid station at the Kokanee half on Sunday. I just wanted to tell you thank you. Thank for your encouraging words and more importantly for the hug. I was struggling and that gave me the strength to make it to the finish line. I’m glad you were there.”

When people speak of the “community” in our sport and what it means, I can’t help but think of my moment with Ashlie. At that moment I thought to myself that there wasn’t a more courageous runner out there that morning than this young woman, this young woman who had experienced firsthand that we are a foreign country these days, a country foreign to us all. We’ve become a country so foreign that craziness and chaos in some form is touching us all. We are a country so foreign that simple things like asphalt parking lots can become symbols of death and tragedy just as easily as they can be symbols of Tadpole Trots, of the goodness of life, the wonder of life in all its most precious stages. And of how even when something dies, there is always a chance for re-birth.

More than ever before, we need our trails – if for no other reason than they are a reminder that life is good and that people will always be there to support each other in times of need.

This was beautifully written. Thank you for sharing.

This was powerful. Thank you for sharing this story.

Thank you John and Ultra Running magazine for sharing this moving heartfelt experience with us. Each of us carry far more than our water out there…and you gently & fiercely remind us of our shared pain & of the redemption possible when just one person stops, listens, opens their heart.