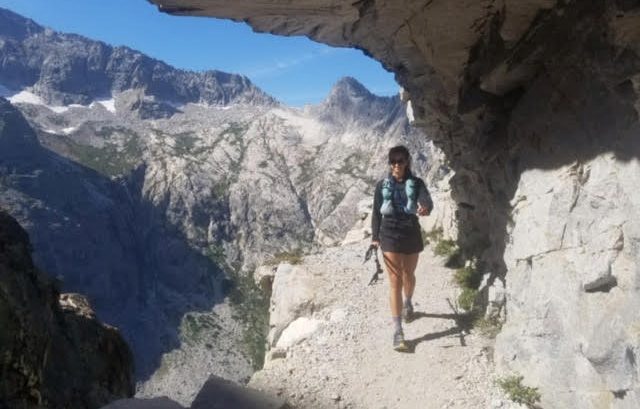 A Diamond in the Rough: Melissa Flores

After dabbling in half marathons during college and running two road marathons in 2018, Sacramento native and former basketball player Melissa Flores hasn’t looked back since being introduced to the trails by a friend in Santa Barbara.

“One of my friends who I’d been running with for a couple of months invited me on a trail run last November and I remember hiking most of that run, which in my mind, made it kind of ridiculous to call it a ‘run.’ But I also remember thinking how calming, yet challenging it was,” said Flores. “The ‘run’ absolutely took my breath away. From then on I was hooked, and my interest in the trails has really taken off over the last year.”

Fast forward five months later and Flores found herself lined up with some of the best ultrarunners in the country at the Santa Barbara Nine Trails 35 Mile Endurance Run—a stout ultra marathon for any experienced runner to tackle. She repeated a quote from T.S. Eliot that has become her favorite racing mantra, “Only those who will risk going too far can possibly find out how far one can go.” 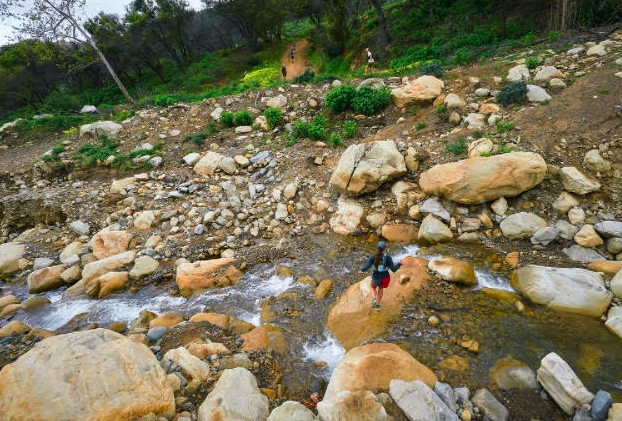 As with many first timers, she faced some of the lowest lows she’s ever encountered during the 8+ hour race but she persevered, leaning on her experience as a teenager preparing for a grueling basketball season. “Conditioning for high school basketball—a month of cross-training and running—was something I initially hated doing, but deep down I think I actually learned to enjoy it. Even then, I intrinsically knew it was making me a better player, so I know that’s where my passion for putting in the work and seeing the results comes from. My love affair with the pain cave started back then, but maybe at the time I was just too young to realize it.”

She was the eighth woman to cross the finish line that day.

To follow up her Nine Trails experience, Flores entered arguably one of the toughest 50-milers in the country only one month later at Zane Grey. She focused on proper recovery, a few key long runs, and workouts in the weeks leading up to the race. It paid off in the end, as she secured third place on the podium, less than seven minutes behind second place.

After wisely taking a few down months to soak up her first two ultras and plan for the second half of the year, Flores reflected on her new found passion and experience in the ultra community. “I leave every race with a smile on my face no matter the result because of all the amazing, caring people I met that day. It seriously blows my mind how friendly, welcoming and supportive the trail running community is. Not to mention the volunteers at every race—they are the real MVPs.” 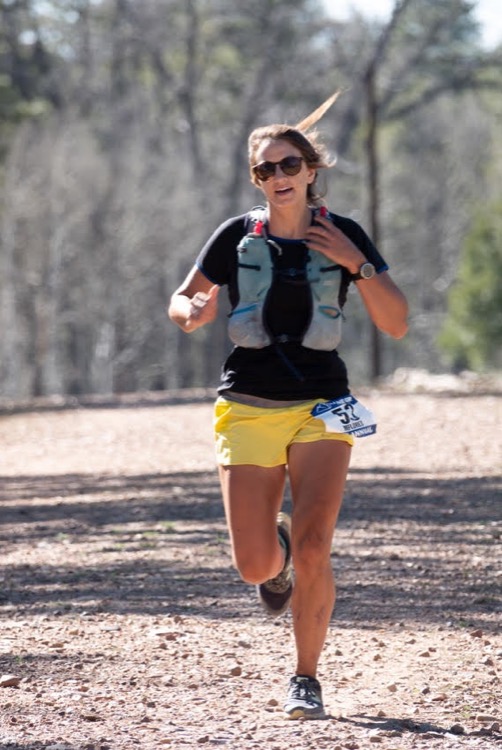 In July, she signed up for her third ultra and took second at the Angeles National Forest 50k. Earlier this month she was at it again, finishing second at the Bay Area’s Dick Collins Firetrails 50-miler, just four minutes back from first place and fourth overall.

After all the hard work this year, Flores has her sights set on some big goals in 2020. She’s already registered for Nine Trails next March where she hopes to compete for the win. She’s also ready to tackle her first 100k, likely the Bishop High Sierra in May. To finish off the year, she has her sights set on her first 100-miler—the point-to-point Bear 100—next September in Logan, Utah.

These are tremendous challenges for anyone, much less someone who’s been in the sport for just under a year. However, with an idol like Courtney Dauwalter, she’s confident she can keep progressing in the sport. “Courtney is the most humble badass around. Her energy for the ultrarunning world is contagious and makes me think I can literally do anything I set my mind to. ‘I’m fine. This is fine. Everything is fine. Just keep moving forward.’”