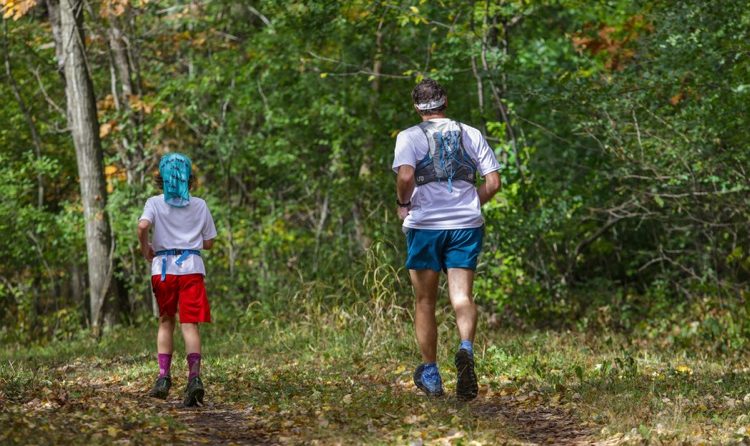 A Big Party: Surf the Murph and Savage 100 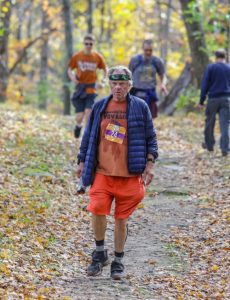 At 75 years of age, Les Martisko is no stranger to completing ultra races. Photo: Bryan Cochran

The big news for Surf the Murph, now in its 11th year, was co-mingling with the Savage 100 this time around for a plethora of racing options. The Savage 100 had been held five years prior and was making another appearance for runners who wanted 100k or even better, 100 miles of autumn bliss at Murphy-Hanrehan Park in Savage, Minnesota. Les Martisko, the brainchild of both Surf the Murph and the Savage 100, was planning to conquer the Savage 100 to celebrate his 75th birthday. Les has finished every Surf the Murph and Savage 100 to date, and this year would prove no different. At 75 years young, he eats up and spits out ultra runs, challenging those around him to do the same. 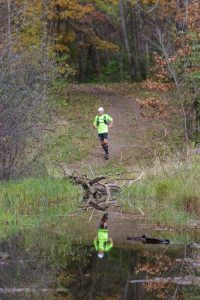 In all, six different races were being held on the same course at the same time, which is just one big party by definition to Midwest ultrarunners. Year after year, those wearing costumes are rewarded with prizes, runners are celebrated by wonderful volunteers, racers of all abilities congregate due to the extended cut-off times, and our aid stations are full of supplies right up through the last finisher.

Not only do volunteers offer their time and encouragement, but they also consistently offer their own edible treats (like bacon), items of comfort (gloves or hats), or necessities (spare batteries) to racers passing through. In return, the volunteers get to witness amazing willpower by racers who overcome great feats (and tired feet) to get to that finish line.