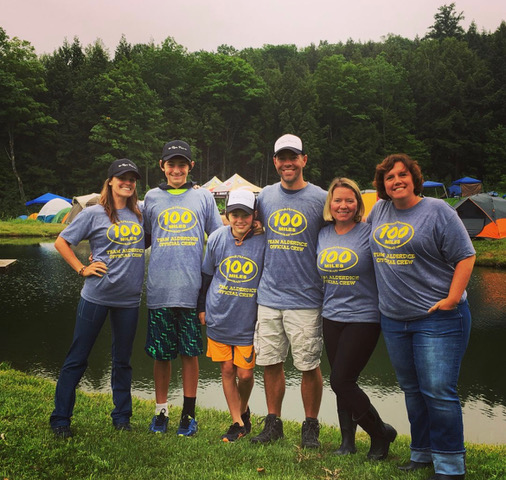 For me, 1999 presented one of those fork-in-the-road moments. We all have them. At the time, I was in my mid-20s. Newly married to my wife, Krista, and living in our first home, we settled into adulthood. I landed my first job with health benefits, and we dove into the exciting chore of fixing up an old house. Krista’s passion was horses, and she competed in many types of events, along with teaching horseback-riding lessons. I golfed in the summer and joined a men’s basketball league in the winter. To steal a line from an Alan Jackson song, that “was the music we danced to week to week.”

In the summer of that year, Krista and her mom were invited to crew for a friend at a horse race. I stayed home to hold down the fort with our dogs and horses. Two days later, when Krista returned, she couldn’t stop talking about the event—the atmosphere, inspiring people and the beautiful towns they drove through. Near the starting line, in a meadow, someone played “Chariots of Fire” on a grand piano. They crewed their rider for nearly 24 hours into the darkness, driving through eight different towns. And then there were the runners. Wait a minute. Did she say runners? Yes, there were hundreds of runners out on the trails, competing on the same course as the horses. Then she told me that this was the only race in the world of its kind. I was intrigued and Krista’s mind was blown. 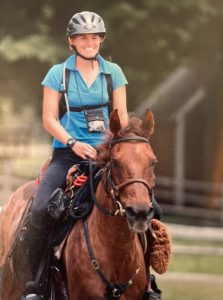 Two years later, at 4 a.m., I was taking in the same scene. Krista’s horse, Song, was eating his breakfast as we prepared all of Krista’s gear and tack for the day. At that moment, in the distance, hundreds of runners hooted with delight as their race officially began. I couldn’t believe they would be running 100 miles, and I remember wondering how that was even possible. An hour later, Krista and Song headed onto the trail at 5 a.m., ready to tackle their own 100-mile journey. The 2001 Vermont 100 was officially on. And so was a 20-year love affair with an event that would change both of our lives.

Over the next five years, our schedule was always cleared for the third weekend in July. The race was burrowing itself deeper and deeper into our lives. I looked forward to the camaraderie of the crew teams as we followed our riders from town to town. In 2004, Krista rode Song to a victory, while she was three months pregnant with our second son. Basking in the afterglow of the race, we plotted our next move.

In 2006, we moved our family down to West Windsor, VT. Not by coincidence, our new home sat at Mile 87 of the VT100 course. Our playground now included the endless, meandering dirt backroads and the beautiful, rugged trails of Mt. Ascutney. The house was a mess, but we had a barn for our animals, a swimming pond, a brook and land for the boys and a wonderful community to put down roots. We were home.

By 2010, Krista had completed the VT100 seven times on multiple horses, finishing in the top 10 every year. We were now enjoying our home course advantage. All of our experiences had been on the horse side of the event. We knew the riders, the horses, the vets and the crews.

The runner side was still a mystery to us—a mythical group of people, living on the fringe of society. These clearly weren’t normal people. I kept my distance, not wanting to intrude in their space. And yet, every year, I had this nagging thought, actually it was more of a question. Was I capable of running 100 miles? 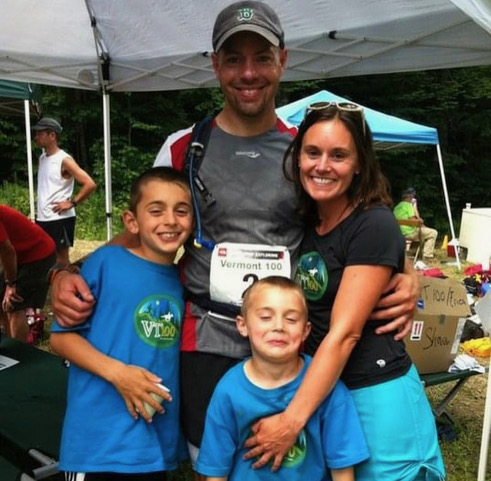 In 2011, exactly 10 years after crewing Krista to her first finish in the VT100 on horseback, I stood at the starting line at the Silver Hill meadow, feeling overwhelmed with anticipation. The roles had reversed and now Krista and the boys would be crewing me on my 100-mile journey. Over 28 hours later, through the hills and humidity, nausea and sleep deprivation, I answered that decade-old question. And I was hooked.

The next several years brought more incredible memories. In 2013, Krista rode the event, finishing second, and I ran the race. I remember being very jealous when she finished just before dark, as I hit the 70-mile mark. In 2015, Krista suffered a serious injury, being kicked by a horse. Over the next few years, she totally reinvented herself and became one of the few athletes to both ride and run the event. In 2018, we ran all 28 hours together, as the stars aligned for a memorable day and night. In 2019, we ran into an oven, as temperatures soared into the high 90s and humidity was off the charts. 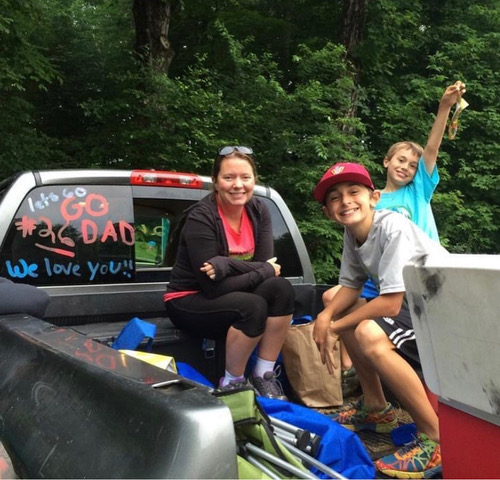 Now, as I sit here in 2021, it’s hard to believe all that has transpired. Our kids grew up at this event. They were there crewing, both on the horse and runner side, since they were born. Now they are 19 and 16 and have gone from diapers and carseats, to driving and pacing. Since 2011, my sister and her partner have been our crewing angels, driving hundreds of miles, taking care of our every need, giving us pep talks and making us laugh. Krista’s parents were on the crew team for the 2001 event, and her mom has gone on to have multiple finishes in the race, including a win in 2016. What I thought would be a one-and-done for me has turned into seven finishes. Krista has eight finishes on horseback and three finishes on foot. We’ve also shared miles with some of our closest friends in town, and made many new connections with like-minded people.

And so, I look forward to seeing what the third weekend in July will bring to us in 2022. After a two-year absence, the pull is as strong as ever to be back up in that meadow, seeing the familiar faces, taking in the big white tent and feeling the electricity in the air. More than 20 years after it all began, the magic is still there.

Amazing accomplishments by an amazing couple. They always seem like the happiest people on the planet. Trucking along / smiling all the way. Best wishes to them and their family !

You two are an inspiration to so many. And your accomplishments are many – and all amazing!

Thanks Paul!! So many amazing memories along the VT course with Roxi! Thanks for your sweet words!!

Barb…thanks so much! Such a beautiful community to be part of! Great memories 💙

Guy! What a beautiful & inspired piece! Bravo. It gave me the chills. Who’s luckier than we are to have the homecourt advantage??
Cheers to you both!

How great to peek into your journey! I feel a bit of kindred spirit to some of what I’ve read and am so glad to also have joined the VT community. I cannot wait to get back into ultra shape again and run VT100 🙂

Great read and nice reminder of the few miles we spent together running “into the oven” in 2019. Hope to see you out there again in the coming years!

Astrid, Lisa and Andy!
Thanks so much for reading! What a beautiful community we are all part of!

You are both an inspiration to all 🙂