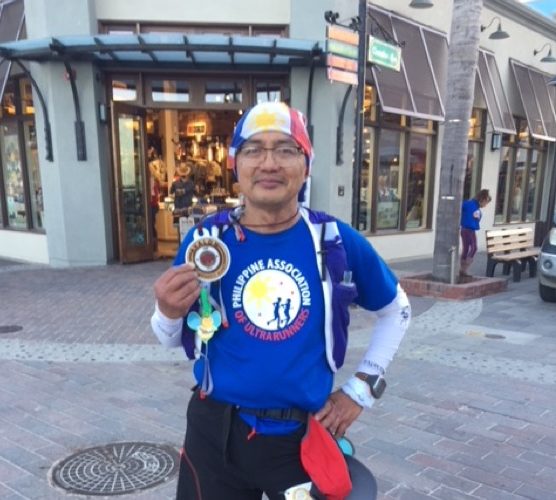 While most people were bundled up in their cozy beds on this cold and windy Saturday morning, a few intrepid men and women laced up their running shoes to participate in the 40th annual Avalon 50K/50M Benefit Run on Catalina Island, California. Unlike big races with loud speakers or megaphones, the race started quietly with a “go” signal from the race official. About 350 runners participated. This race has always produced several newbie 50-miler runners, including myself. I was returning for my 12th finish since 2004.

This year, the race started with a 2.5 mile make-up route along the eastern coastal Edison Road. Thereafter, the course followed the previous route. It was mostly uphill paved road and some dirt paths. The flashlights of the frontrunners and backpackers spread out quickly. I knew the course well, so positioning was nothing to worry about. Coming into the race, I wasn’t physically 100%, but confident I could get the job done. Make no excuses.

As the sun peeked from behind dark clouds, it showed what was in store for us: a lot of hills. A gift of perfect weather was promised ahead. Past the Airport to the Sky around mile 16, the race entered to the Middle Ranch where finally a sign of civilization appeared with barns and horses. Weather remained favorable with a breeze to cool us down. My usual downhill skill was missing, but I reminded myself to just run smart. My pace was still good and I passed a few people. 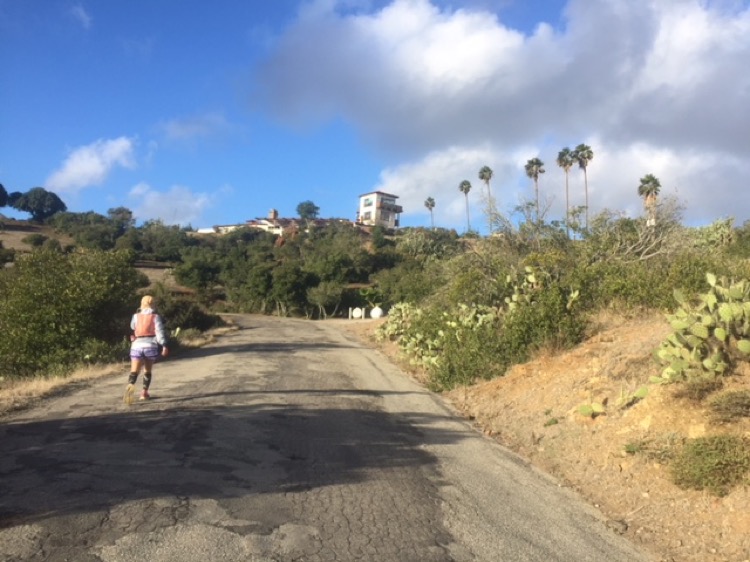 Airport to the Sky 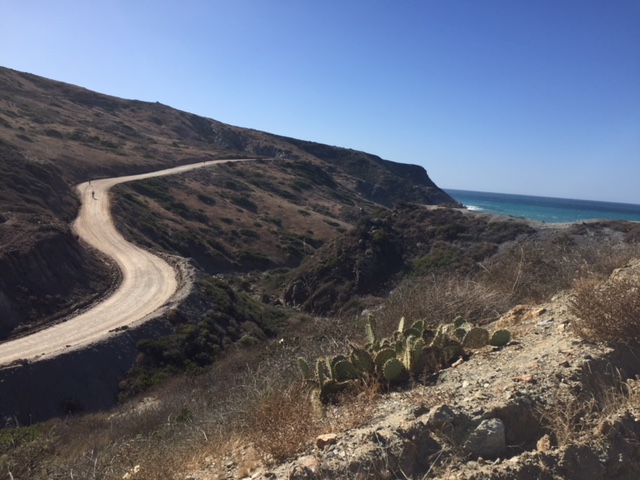 I refueled at Little Harbor at mile 21, which is at sea level. I picked up a couple of cheese sticks and energy blocks at my drop bag for some solid food. There’s a long uphill to follow then back down to sea level for 6.3 miles to get into the next aid station, Isthmus, which is also the turnaround. 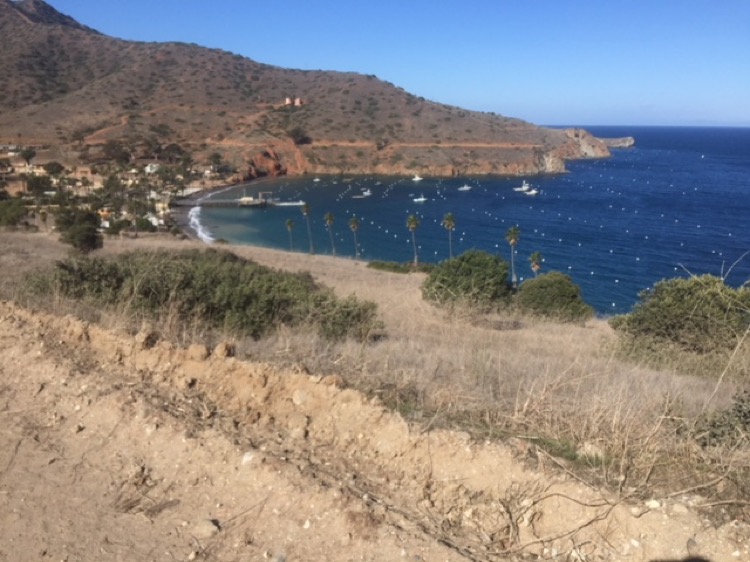 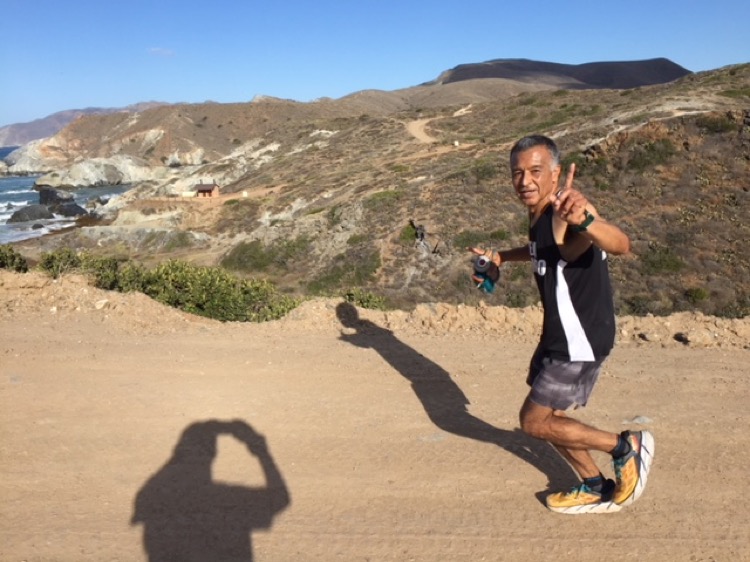 Unlike marathons, where ample crowd support is present, in this race runners cheered and encouraged each other going the opposite direction. Runners competing for top honors are interesting to watch. Local hero Rupert Romero led by a couple of minutes but gave up the lead to a much younger competitor in the latter part of the race. A few runners opted to start early to finish within the cut off time.

The return had more hills to tackle. Ultramarathon gods still gave us pleasantly perfect weather unlike previous races where it was hot, stormy and muddy. Approaching Little Harbor Station at mile 34, the presence of two buffaloes was a delightful sight. Just be reminded not to get close. I refueled quickly and proceeded another six miles to the next aid station. Again, it was a mostly uphill battle to Eagle’s Nest aid station. I had passed a runner who was battling leg cramps. Thankfully my legs were still okay. 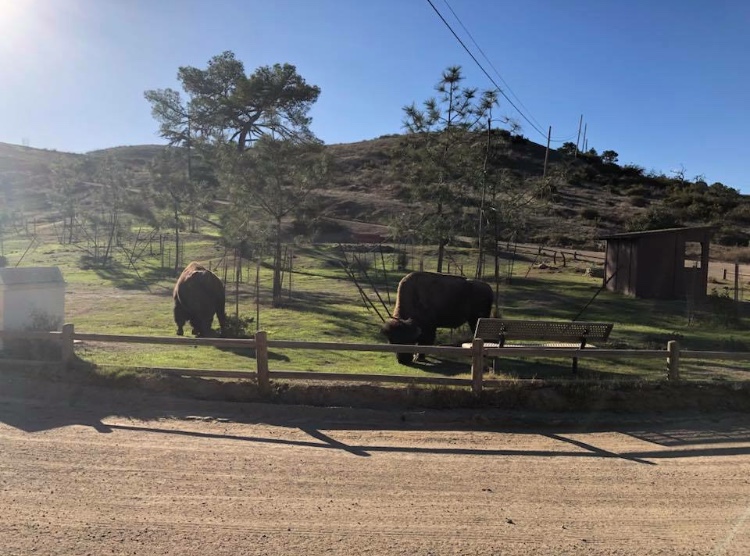 Eagle’s Nest, named for its breeding ground, served buffalo burger patties, cookies, fruit, soda and beer. I applied a one-minute run/walk strategy in this section. When I reached mile 44 aid station, I knew I was home. The final climb loomed, but a rewarding downhill to the finish awaited.

Loud cheers greeted the runners. Some arrived with tears of joy or limped to the finish with a happy face. The newbies took this moment of opportunity to capture their dream and not let it slip away. See you again next year!