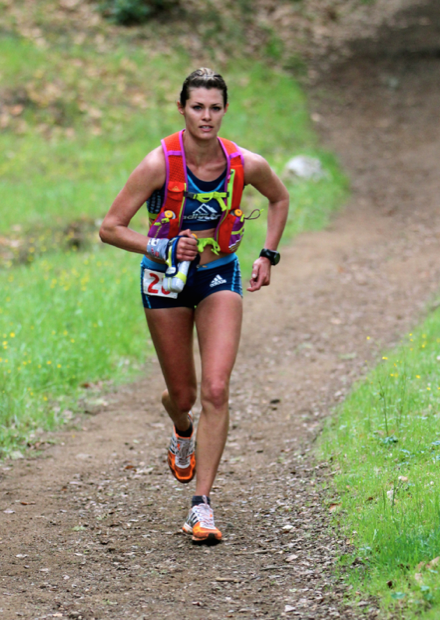 Harrison and Swanson named #9 2014 UltraRunners of the Year

Emily Harrison is our number nine ranked woman for 2014. The Virginia native, now living in Flagstaff, Arizona, had a stellar year capped by a win at the IAU World Championship 50K in Qatar. She also set course records at the Caumsett 50K (posting the second fastest 50K in U.S. history) and the Lake Sonoma 50. After contending early in the race she was forced to DNF at Western States with a leg injury, the only race she entered and did not win all year.

Seth Swanson comes in at number nine after a short, but highly successful, season. He placed second at Western States where he said he “far exceeded my expectations” and followed that up with a course record win at the Cascade Crest Classic in the mountains east of Seattle. A horticulture professor at Montana State University, Swanson recalls his early running days when his wife Norel would routinely beat him. Now, hardly anyone does.

If I’m not mistaken Harrison also unfortunately DNF’d at the 100k world champs, or at least did not win