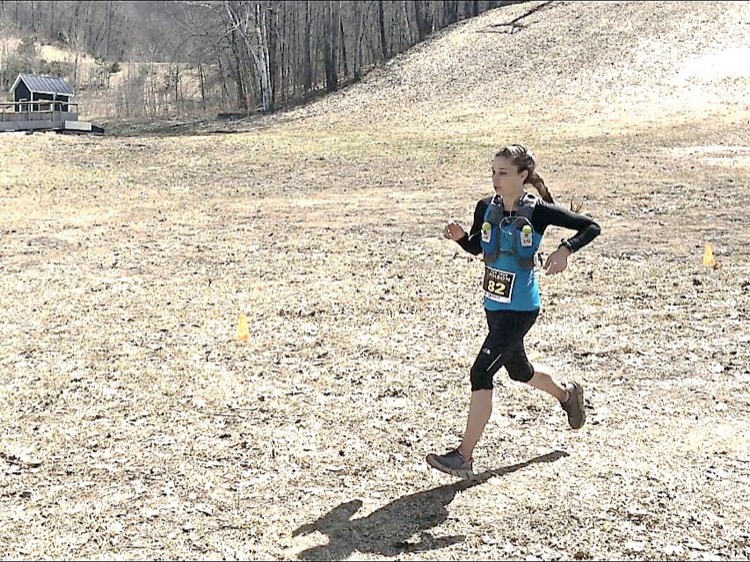 Heather Borsellino proving she has the grit for the grind. Photo: Jeff Rowthorn

Finding Grit for the Grind

“You don’t have the grit for the grind.” Those words, uttered over five years ago, still resonate with me today.

I had been running a few 5k races in an attempt to get into shape after having three children. I had run in high school and a little in University – but that was a VERY long time ago. Now I had found myself at a point where I was curious about racing and wanted to know what I was capable of accomplishing at that stage of my life. Apparently I did not possess the grit. What does that mean exactly? I assume that it meant that I was not tough enough to endure. Were those words intended to caution me, as long distance running can take its toll on your body? Were they intended to deter me from my devoting time and effort to running – only to fail? Were they intended to work as reverse psychology in igniting a drive in me to prove that I could? However they were intended, they crushed me. As someone who has always seemed to struggle feeling strong, those words weighed so heavily on me.

I decided to run anyway. I trained anyway. Then I found long distance events to race in. First they were half-marathons, then marathons. But the truth for me was that “not having the grit for the grind” were the words I used to hear repeatedly during low moments in a race. My heart would sink as I found my mind and body agreeing in unison that maybe they were right. Maybe I am too weak to accomplish the goals I had set for myself? Maybe I can’t handle the pain of endurance racing?

My hopes of pushing my racing limits still lingered. My dreams were building and I was eventually inspired to try to race farther than I had ever considered before. In early 2016, I signed up to compete in the 50k Ontario Ultra Race Series. I was going to attempt every 50k qualifying race in the series, which meant running eight races all over Ontario. Race after race, I found that the OUTrace Series was full of truly phenomenal individuals who believed in offering a unique and inspirational experience. Their varied courses taught me to attack mountain climbs, trudge through hip-deep mud, scale rocky rooted terrain, and most importantly – to get to that finish line.

The more I raced, the quieter the self-doubt became. Then something that would forever change my life happened. Deep in the solace of the trail, I started to hear other voices…and their words were different.

I heard other racers encourage me to keep going as we endured hard weather conditions. I heard the joyful screams from the aid stations as the volunteers found endless enthusiasm. I heard the motivating advice from my coach, Joe Grant, and team members from The Summit Chasers spurring me to dig deep. I heard the loving support from my partner, Jeff, as he seemed to enjoy my running success more than his own. I heard praise from my family. I heard the pride in my children’s cheers. Finally, I heard myself. I listened to my legs telling my feet to find their 5th gear. I listened to my lungs begging for more oxygen. I listened to my mind convince my body that it felt no pain.

Louder than anything else, I heard my heart pounding with excitement as it filled with hope, passion, and most importantly, grit. All this time I had been looking for my willpower in the wrong spot. I thought that having the grit for the grind was only found in physical and mental durability. It turns out all my grit is found in my heart – which is my strongest resource. The love from those around me continues to fuel me to find my own strength. I owe racing a huge thank you for challenging me to be better than I could have ever expected. I now feel that I have the ability to persevere as I welcome new adventures…both on and off the trail.

Ultrarunning on a Budget

Destination Unknown: The Royal Order of The Crimson...

Lead with your heart, your mind and body will follow….great article!