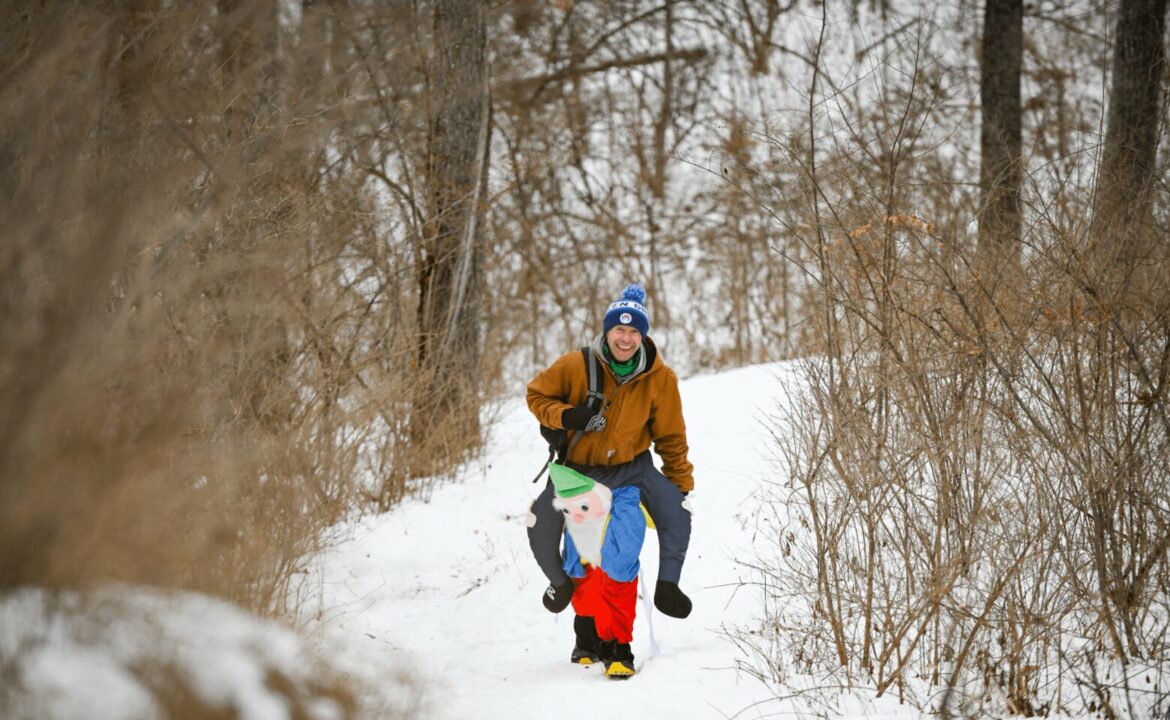 A runner in a gnome costume at the 2022 Frozen Gnome 50k in Crystal Lake, Illinois. Photo: Jenny Thorsen

What’s Up in Ultra This Weekend — January 14

Headlining What’s Up in Ultra on our UltraRunning Calendar this weekend, is unquestionably the fabled HURT 100 in Hawaii, along with a much faster 100-miler in Arizona, a long-time running 50k in the Pacific Northwest and an illustriously icy 50k in Illinois, among many others.

We start the weekend in Honolulu, Hawaii, at the 22nd HURT 100 beginning at 6 a.m. on Saturday, January 14. At last count, 37 runners out of 135 are on the start list with previous finishes at this notoriously challenging, multiple-loop course featuring nearly 30,000 feet of elevation gain and loss on the island of Oahu. Most notably, we see Alexander Papadopoulos from Woodbridge, Virginia, seeking his 15th finish. The race is known for its grueling terrain and stunningly scenic course, offering views of the coastline as well as the Pacific Ocean.

Look for Alyssa Clark of Pacific Grove, California, to lead the charge in the women’s race. Clark won the Moab 240 last year and finished third at the 2017 HURT 100. Local Teresa Allman was sixth in last year’s race and has her eyes set on a podium finish. Alicia Woodside out of Squamish, British Columbia, was the runner-up at the 2015 edition of the race and also has her eye on the podium after an eight-year hiatus. Candice Burt of Vail, Arizona, finished in ninth in 2020 and fourth in 2019, and is on the start list. The 2012 champion, Tracy Garneau from Jasper, Alberta, is looking for a finish after three DNFs in her last three attempts (2013, 2014, 2020).

In the men’s race, local Sergio Flores is the clear choice to take the title after finishing in second place in 2022. Expected to challenge him is Cory Logsdon from Omaha, Nebraska, who finished third, just over 30 minutes back from Flores, last year. We’ll also be watching out for Masazumi Fujioka out of Mill Creek, Washington, who finished sixth in 2022, along with Andrew Cassano of Las Vegas, Nevada, who was 10th overall last year, and FKT standout Coree Woltering from Dalton, Georgia. Read: Rain Returns to HURT by Stan Jensen.

Goodyear, Arizona, plays host to the 10th Annual Coldwater Rumble 52k/52-mile/100-mile races on Saturday. Featuring desert trails that wind through the foothills of the rugged Sierra Estrella Mountains, the marquee 100-mile event consists of five, 20-mile loops with a moderate amount of elevation gain. All the distances at the Coldwater Rumble are the fifth races in Aravaipa Running’s Desert Runner Trail Series. The 2022 #9 UltraRunner of the Year Jeff Browning from Flagstaff, Arizona, is kicking off his 2023 campaign in the 100-mile race.

If you prefer the cold to the heat, head north to Crystal Lake, Illinois, for the Fronze Gnome 50k on Saturday. The mostly single-track course is deceptively challenging and likely to be covered in snow and ice, making for an extra frosty fun run at Crystal Lake. Enjoy a winter wonderland feel while completing five 10k loops.

Finally, in the Pacific Northwest we have the 27th Bridle Trails Winter Trail Running Festival 50k in Bellevue, Washington, also on Saturday. This is an evening race beginning at 3 p.m., made up of six, 5.2-mile loops at Bridle Trails State Park. Some sections of the trail are rough, rutted and muddy, and runners will likely get dirty and run in the dark for a while, so bring your headlamp. Run it solo or as a relay. Registration is still open on RunSignup through Wednesday, January 11 at 11:59 p.m.

Are you racing elsewhere this weekend? Let us know by leaving a comment below. Happy trails to you, wherever you find yourself running this weekend.

Enjoy Taylor! Looks like the weather should be pretty good for it.