Walmsley and Dauwalter named 2019 UltraRunners of the Year 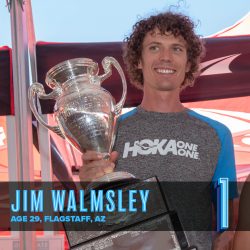 Jim Walmsley is the Ultrarunner of the Year for 2019. This is the fourth year in a row that he has won the men’s honor, a feat only previously accomplished by Tom Johnson (1992-1995). Walmsley’s year was topped by a 14:09:28 course record at the venerable Western States 100 and a world record 50-mile time of 4:50:08 at the Project X Invitational. He also won the Santa Barbara Nine Trails 35 Mile in course record time, Norway’s Ultravasan 90k, and the inaugural Fast 50 (Mile) in Hong Kong. Walmsley lives in Flagstaff, Arizona, with his girlfriend, Jessica (and his roommate and training partner, Jared Hazen). – John Medinger Photo: Luis Escobar 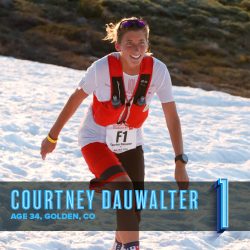 Courtney Dauwalter is the Ultrarunner of the Year for the second year in a row. Dauwalter won the prestigious UTMB race in the Alps, Madeira Island Ultra Trail in Portugal, and the Tarawera 100K in New Zealand. She was leading Western States by a large margin when a hip injury forced her to withdraw at mile 80. Dauwalter lives in Golden, Colorado, with her husband, Kevin. – John Medinger Photo: Joe McCladdie

@Davit I would assume it was not taken into consideration for voting since it’s a 31km race and not an Ultramarathon.

Haha, Think its a reference to Jornet

Ultravasan is a Swedish ultra with it’s roots in the close to 100 year old cross country ski event Vasaloppet.

Congrats to everyone who made the list…but how in the world did Mike McKnight not make it??? The guy not only outright won, but CR-ed THREE 200 milers in a single year! (ok, so he barely just didn’t beat Courney’s CR at Moab, but still got the “men’s CR”, and on a different arguably harder route this year). I can’t find anyone on this list who is 3 for 3 in anything of that magnitude. Robbed.