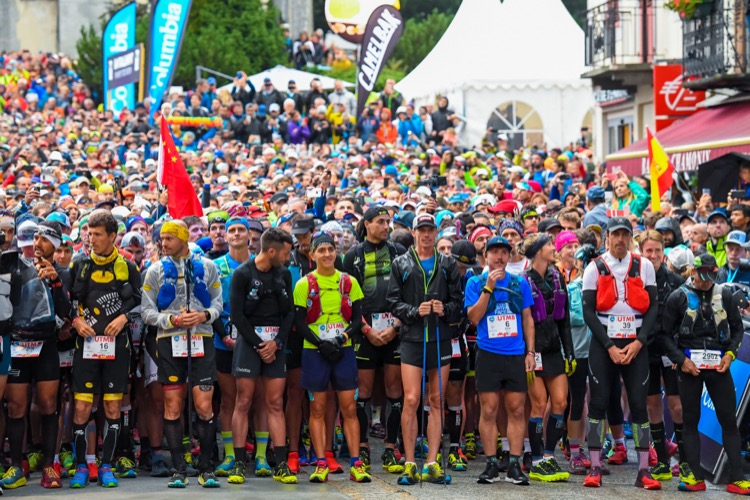 UTMB: What Can Walmsley Do?

This article was originally published in the August 2022 issue of UltraRunning Magazine. Subscribe today for similar features on ultra training, racing and more.

You and I both know it. European males have dominated Ultra Trail du Mont-Blanc (UTMB) since day one. Even in 2003, when the race launched, Dawa Sherpa, a Nepalese living in Switzerland at the time, won over two Americans with a significant split of more than two hours. Unfortunately, and in all French objectivity fashion, Topher Gaylord and Brandon Sybrowsky are the last American males to challenge our European armada successfully. There may have been one older Italian Spartan named Marco Olmo and the extraterrestrial Spaniard Kilian Jornet in the mix, along with a Brit and another Swiss. Sure.

The stats speak volumes about the French dominance at UTMB Mont-Blanc and the repetitive failures of American male elites. Since 2012, only Pau Capell, from Spain, has managed to beat the French. Ex-Arizonian, HOKA athlete, and now French resident Jim Walmsley has been trying to change the game since his first attempt at UTMB in 2017, where he finished fifth (he didn’t finish in 2018 or 2021).

We all love to talk about Jim because of his indisputable raw talent, conceivably unmatched trail speed and successes at other prominent races worldwide, including three wins in a row at Western States and some other phenomenal asphalt splits. I’ve asked some of my fellow compatriots, elite athletes and other critics of the sport from France to express themselves freely about Jim and enlighten us about this existentialist question: What can Jim Walmsley do to win UTMB?

Disclaimer: This is not about bashing the American, and it’s certainly not some sick, nationalist, psychological warfare, either. No. It all comes from a place of interest and respect. OK, possibly tough love, too.

GUILLAUME MILLET – Professor of Exercise Physiology,  three-time top-10 finisher of UTMB:
“There must be several reasons why no American male elite has ever won UTMB in almost 20 years. My take on it is that [the] French, in particular, and Europeans in general, use poles regularly, both in training and racing. Is Jim using them correctly? And often? Living in Savoie, France, is the right move, for sure. But using his poles every time he steps out of his new home to run is an even smarter move.”

GERMAIN GRANGIER – Fifth at UTMB in 2021 and ninth in 2019:
“Coming to the Massif du Beaufortain to train in the Alps in such a specific environment, is a good idea and something no American male had done before, aside from Topher Gaylord, who lived in Northern Italy in the Alps when he raced in 2003. Arizona, where Jim lived, is much more runnable and flatter, no doubt about that. He’s now geographically closer to François D’Haene, from whom he can learn some techniques, especially on how to pace himself on the uphills and at night. Sometimes Jim goes too fast. His needs are more about the alpine terrain and climate.” 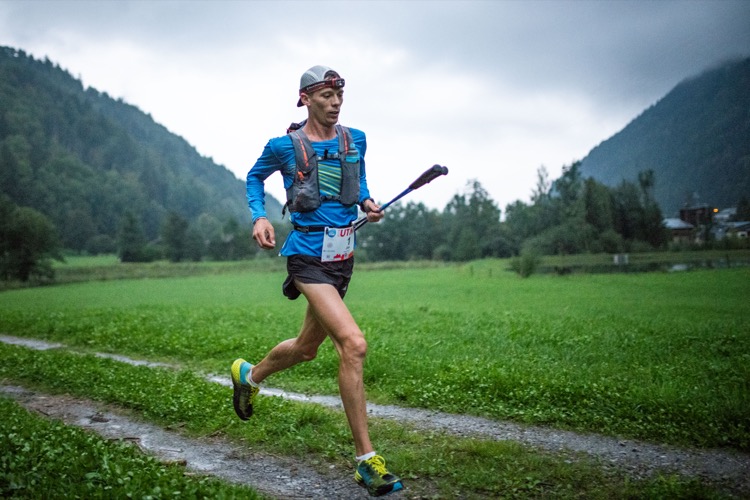 JULIEN CHORIER – Five-time UTMB finisher (four-time top 10), one-time CCC winner, one Hardrock win:
“Jim has everything within himself to succeed at UTMB. The problem right now is that he’s so good that his comfort zone is way too fast for UTMB. Yes, Jim can run 10 to 15 hours at unmatched speeds, but his energetic cost when the terrain forces him to slow down is too high. That’s why he regularly has issues after a good 15 hours of running. Jim Walmsley needs to be more of a diesel. He can win UTMB…but in 2023.”

GILLES BERTRAND – Race organizer of the oldest French ultra-trail, Festival des Templiers, journalist, critic and historian of the sport:
“American males’ athletic morphotypes allow them to win faster ultras, like Western States. Sage Canaday’s marathon PR is 2:16. Tim Tollefson is 2:18. Jim runs 26.2 miles in 2:15 and the 100k in 6:09. Those are world-class speeds. But no one can perform at Western States, especially on a hot year, and then come to Chamonix expecting another performance or a win. There are no miracles in ultrarunning. Western States starts early in the morning and ends before sunset, at least for the elite runners. In Chamonix, UTMB starts in the evening and immediately plunges you into the night, with potential cold and rainy conditions. I’m not sure what Walmsley can do to win this year, but I know why he didn’t [sic] so far.”

SÉBASTIEN CHAIGNEAU – UTMB second place and third place, one Hardrock win:
“Walmsley looks too much like a Kenyan. He’s tall and thin; he doesn’t have the muscles in the legs for a win right now. Those descents at UTMB are brutal. Also, the rain, the cold and the night don’t matter for European alpine runners. A UTMB win requires rusticity. Jim must hurt more than others with his thin silhouette when it’s cold, making it harder for him. Finally, Jim would benefit from resisting the exciting environment, this ongoing party that UTMB is for most runners. He doesn’t need to run ahead of everybody right away like he always does. In 2009, when I finished second in Chamonix behind Kilian, I passed St-Gervais (mile 13) in 32nd place. Then I leave Courmayeur at mile 48 in 12th place! Jim: no more craziness and fireworks from the start this year. That’s my advice.”

FRANÇOIS D’HAENE – Four UTMB wins, one Hardrock win:
“Until now, all the American males who came to race UTMB were not ready. It’s a motivation issue for them. You can’t do that many events in a year, abroad, and then travel across the Atlantic and hope to win UTMB. It does not work that way. Focusing on the win and only the win is not the right method. It’s a mentality issue. Last year, winning Hardrock and UTMB within a month took me three years of training. That’s three years of focus. I love Jim, he lives close to me now and we’ve been talking. I’m happy to help some more. He’s finally doing something that other Americans have never done before. He’s smart and gets it now, but he still has some learning to do. Unfortunately, this year, Kilian Jornet is back and he’s coming with extreme confidence and an amazing shape.”