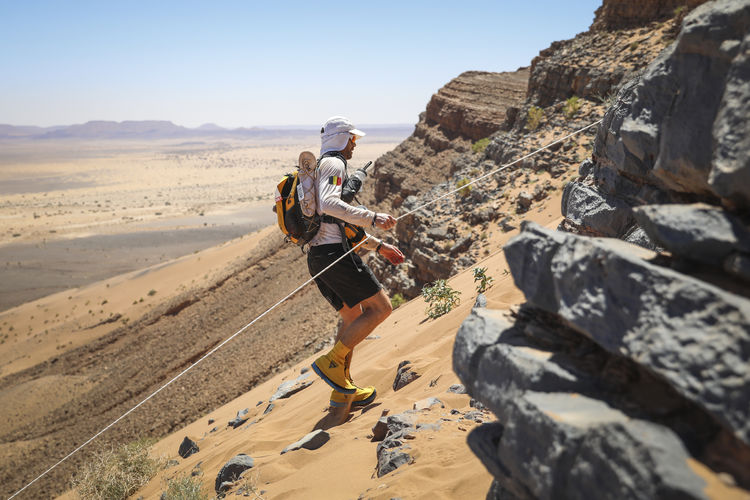 When I showed up at MDS with my Oakley motocross goggles, everyone looked at me suspiciously, at best, or shamelessly laughed in my face. Well, I guess they don’t laugh that hard now do they?!

At midnight yesterday, Jay Batchen seemed to be amazingly agitated.

This guy is a wolf. He lives in Jackson, Wyoming, and he can sure feel nature, whether it’s mountain or desert. I wish I had similar survival instincts. Jay had smelled the storm coming when I was deeply asleep – all the rest of us were – after a particularly annoying day for my small self: sand, infinite straight boring lines of walking, tired legs, tired mood. Every single inch of me had been yelling, “What the heck are we still doing out here on day two!” 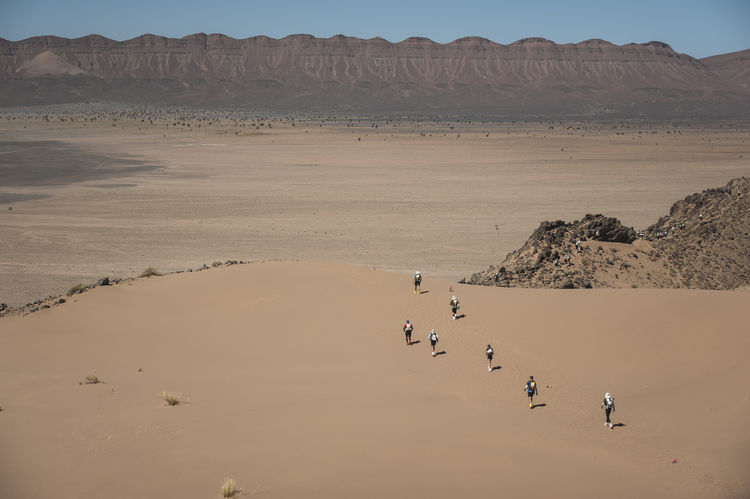 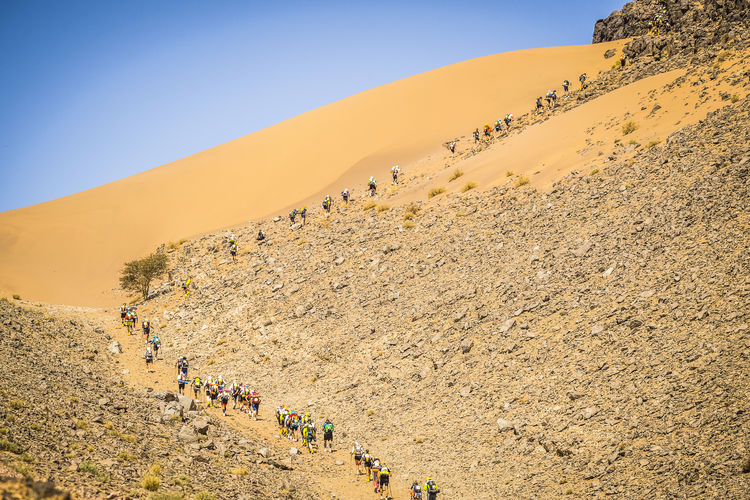 Everyone in the tent was awake now.

What was happening?! And why so much noise, Jay – really?! Suddenly, it all broke loose. There was nothing we could have done. Jay had just enough time to lower the tent, saving our day. Thank goodness! Sand was spitting at our faces, our eyes, our sleeping bags. Sand was everywhere. And the noise… the wind was in cruel mode and very unhappy. It lasted for a good hour. We had no idea what to do. We just laid low and held the berbère tent as flat as possible. I was holding it tight, very much awake now. My fingers were cramping. I couldn’t see anything. Every time I tried to open my eyes, more sand, more dust, more terrible dryness. The tent was not only heavy on us now, but also lifted from the ground with a vigor you cannot believe unless you’ve been faced with nature in its most angry times: avalanche, big waves, earthquake… sandstorm.

That sandstorm was not a beach.

When it was finally over, I had lost my gaiters, my solar charger, a sock, a sole, and a bib number. I was cool with it all except the gaiters. This Moroccan sand is so thin that it goes everywhere: into your nose, your ears, your underwear, your sunglasses, your food. It’s 20:54 as I’m writing this on Tuesday night and I’ve just been told another sandstorm is coming our way. I have to go. 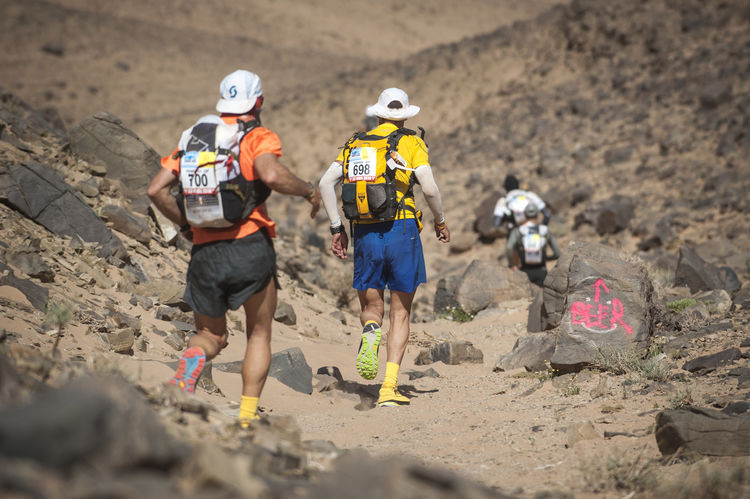 This may be the end, my friends.

Tomorrow is the long stage: 86 km. But you have two days. I’ll be taking both days. Then I will tell you about two scorpions – one yellow and one black – as well as about a snake. Not the friendly kind. I will also tell you why it takes me two days to finish stage 4 when most people take 15-20 hours. It’s a secret. The kind that works and lets you see the light, both literally and figuratively.

Oh, and my friend Christopher is not doing any better. He got an IV tonight. Now only two things can happen: he can recover completely and move on with the same regimen (same speed, same calorie intake) or he can suffer even more and dangerously flirt with a DNF. I like the guy. I just met him, but I like him. His bandana, his beard, his sandy face, his tan. I think he’s a monster, a warrior. I think he can kick ass. I hope. I will pray for him.

The sandstorm is almost here. Got to go. Pray for us.