When I started this race in 1995, I had no idea how long I would direct it. I think 25 years is enough. I started the Mountain Masochist Trail Run 50 Miler and directed it for 25 years and then turned it over to Clark Zealand. Will I direct Hellgate and Promise Land 50K a few more years and turn them over to someone else? I don’t know. In 2021, Jamie and Brenton Swyers will take over as race directors of Holiday Lake 50K.

Holiday Lake 50K is a perfect race for a first ultra, and we had many first-time ultrarunners this year.  The race course has a little over 2,000 feet of elevation gain, and for the last two years, the course had been a two-loop course, with each loop 17 miles in length, because a bridge had been removed. However, under the direction of the Blue Ridge Trail Runners and Todd Thomas, money was raised, and the bridge was rebuilt with donated funds and labor. This shortened the loop back to 16 miles and removed a nasty section of trail. 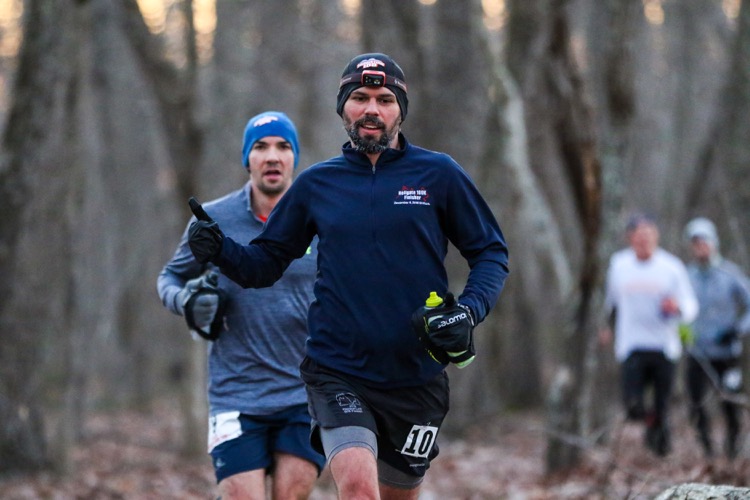 Brenton Swyers (front), aka Shadow, will be the race director with his wife, Jamie, starting in 2021. Photo: Jeff Proffitt

The women’s field was very strong this year. Course record holder Laura Sullivan (Blacksburg, VA) was back to defend her title from 2018. Bethany Patterson (Richmond, VA), course record holder before Sullivan, was back to challenge the field. Amy Rusiecki (South Deerfield, MA) was also a previous HL 50K winner. Jo Thompson (Crozet, VA) a very talented runner, had come in healthy and ready to race.

As expected, Sullivan went to the front right away. She checked in to AS 2 (8 miles) at 7:34. a.m. Thompson was second at 7:36, and Patterson and Rusiecki came in at 7:40 a.m.. It stayed pretty much that way through the halfway point with Sullivan and Thompson pulling away a little. Sullivan was three minutes ahead of Thompson with Patterson nine minutes back.

Sullivan checked back into the third AS (21 miles) still two minutes ahead of Thompson but looked to be slowing down. By the next AS (25 miles) Thompson had taken the lead and was three minutes ahead of Sullivan. Thompson came in very strong to take her first ultra victory, finishing in 4:33:56. Sullivan took second place in 4:45:54. Patterson took third in 4:51:58 and Rusiecki took fourth place, and was the last female sub-5-hour finisher in 4:59:43. 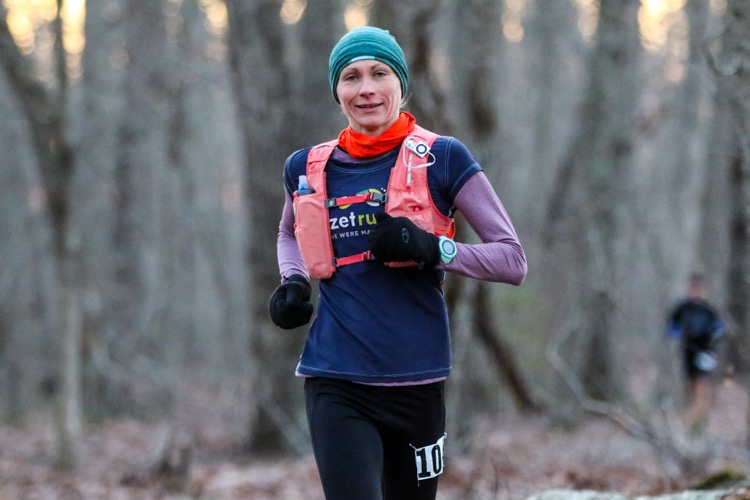 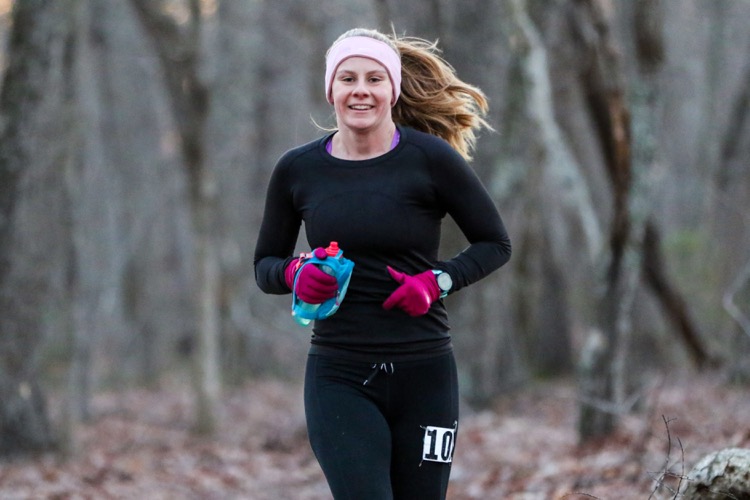 I thought the men’s race was going to be between Nicholas Dipirro (Charlottesville, VA) and Brian Ruisiecki (South Deerfield, MA). Both have previously won the HL 50K. Before the race, a Virginia Tech student had told me that the winner was going to be another Virginia Tech (Blacksburg, VA) student named Daniel Rau who had run only one ultra but won it.

One group of four runners quickly went to the front. At the halfway point, the lead pack was made up of four runners:  Rau, Dipirro, Rusiecki and Steve Slaby (Callaway, MD). There were also a handful of other runners close behind this lead pack. 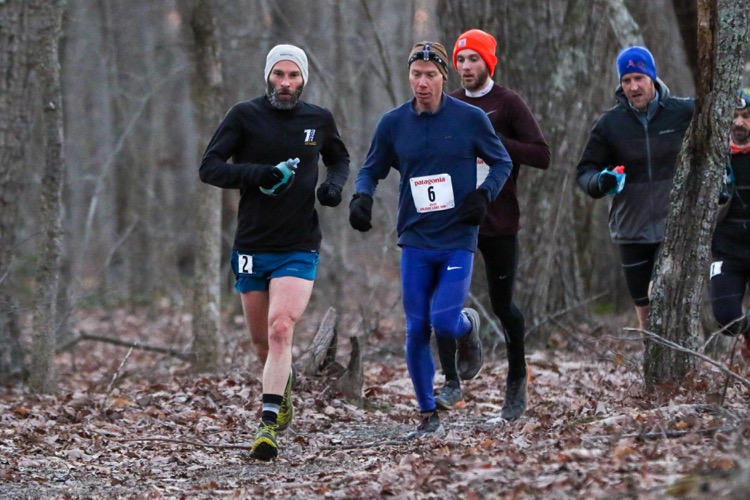 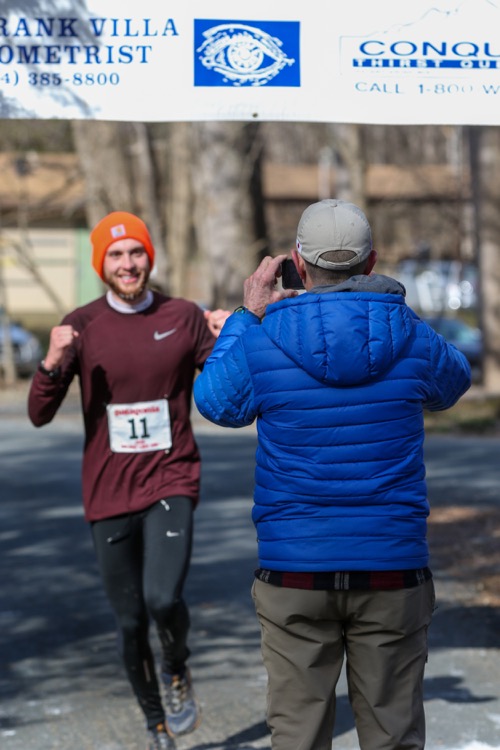 While it rained Monday through Thursday of race week, it stopped raining on Friday and did not rain on race day, and over 96 percent of the 230 runners finished under the 8-hour time limit. Sub-8-hour finishers received a Patagonia shirt for finishing, and the top 10 men and women and age group winners also received a Patagonia Black Hole Bag. The overall male and female winners received specially designed glass trophies by Valley Lasers and Bob Heltibridle.

What is the date of the 2021 race? Not sure yet, but there is a good chance that I will be on the starting line running next year.