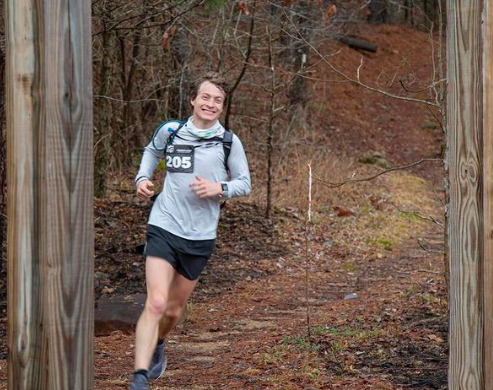 Diamond in the Rough: Preston Cates

Ask anyone at last month’s Canyons 100K which athlete was grinning ear-to-ear at aid stations and clearly having the absolute time of his life, and you’ll likely get one answer: Preston Cates.

“It was a treat. Just being out there running and smiling. I was so happy to run with people who were in a very liked-minded place,” said the 23-year-old a few days after finishing sixth at The Canyons Endurance Runs 100K. He was just 21 minutes off the podium in one of the most competitive ultras in the country, and this was just his third official ultra finish.

Although he excelled in high school wrestling in Boulder, Colorado, and had originally planned to pursue the sport at the collegiate level, he picked up cross-country his junior year. A sport that Cates did to stay in shape for wrestling and keep weight down, became an instant passion.

Beyond his incredible coaches, he gives much of the credit for finding running to his parents, Tre and Jennifer Cates, given that both were very hands off in directing his pursuits and supporting him no matter what. Since he only did one year of track with some promising results, Cates knew there was a lot of untapped potential with running and wanted to see where it could go. What drew him to running initially weren’t the fast times and physical challenges, but the heady part of the sport. “It was such a mental battle. I’m a very go-with-the-flow type of person and so with running, you’re on the track, it’s all in your head, ‘Where do I go, how do I strategically play this chess game?’”

Cates ended up attending Western State (now Western Colorado University) in Gunnison, Colorado, ironically one of the same schools he was being recruited for as a wrestler. It was there he met his first collegiate coach Jennifer Michel and was invited to the team as a walk-on, and in just a short time, became a Division II All-American.

After two years in Gunnison, Cates felt a calling to transfer to a place near to his family’s heart in Fayetteville, Arkansas, just a few hours north of where his mother grew up in Hot Springs. His grandfather graduated from the University of Arkansas (class of ’63) and still lived nearby, so Cates decided to step up to the Division I SEC powerhouse.

At first, life wasn’t what he was used to in Colorado. He struggled with his classes and was plagued by a few illnesses and injuries. A lot of things were going on in his head and he credits his family’s close-knit relationship for helping get him out of a rut. Naturally he wishes he found more success in Fayetteville but feels just being around such a talented group of athletes rubbed off on him tremendously. 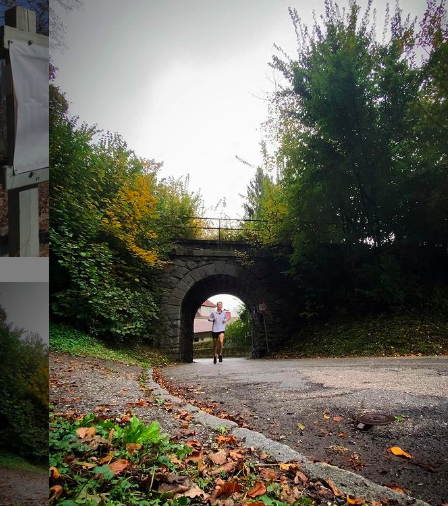 Cates ran consistently in the longer distances on the track, but cross-country never clicked. When the pandemic hit, he was in his last year of college and really hoping for one last opportunity to test his abilities, but since he already had plans to head to Austria for a business graduate program in the fall, he moved on.

Unfortunately, he was only abroad for a few weeks before the country shut down and he instantly felt isolated, trying to learn German and study a long way from home. Running was still there for him a handful of nights per week, but nowhere near the same kind of consistent training groups he was accustomed to during his recently finished collegiate career. Cates made the decision to put his studies on hold and headed home to Boulder.

While on a 2020 summer road trip with his girlfriend, he casually hopped into the Zion 50k in June and won the race. Then, he then ran 88 miles on the track for his high school friend’s dad as a fundraiser to assist the family following his unexpected death. It wasn’t until he returned home from Austria and talked to his family about his future that he started thinking seriously about racing ultras, ultimately deciding to put off graduate school and stay in Boulder.

Cates’ father, Tre, being an ultrarunner himself, had already helped instill an interest in Western States, so he wanted to give it a shot.

“I’ve always been intrigued by Western States. One of those big life goals was trying to qualify.” So, he sat down with his Dad to make a plan for the year. 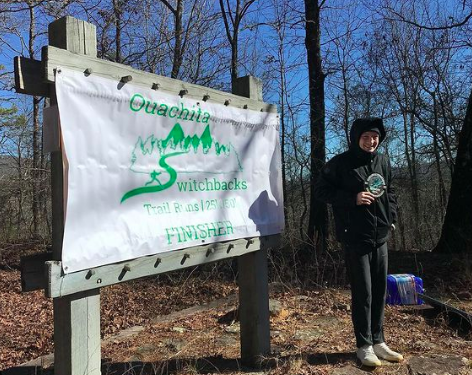 First up was the Ouachita Switchbacks 50K in Big Cedar, Oklahoma, where Cates won in a new course record time of 4:35:55. After the technical race where he went out hard and faded at the end, he felt like he was in a big hole and quickly realized pacing was the key.

He helped his parents move back to Arkansas and found the Run LOViT 100K in Hot Springs, again winning and setting a new course record in 8:12:15, all while channeling the recent loss of his grandfather and beloved dog Lexie. “I told myself the whole race to just be patient, not push yourself because you don’t know how far you can actually run yet.” Cates recalls finishing his last mile of the 100K at sub-seven-minute pace.

Even for really experienced ultrarunners, two months is a quick turnaround between 100k races.

But he woke up the next day and felt fine, even helping his parents organize their new garage. “We were rocking and rolling, so stoked for what’s to come,” Cates remembered feeling, still buzzing from that post-race adrenaline. He ran for a handful of miles that day and was excited to continue training.

Two weeks later in early March, some injuries started popping up; predominantly his right iliotibial (IT) band. At that point, he was still sitting on the waitlist for Canyons and didn’t even know if he might get a chance to register.

Once he was back in Boulder in late March, he started visiting an acupuncturist to relieve some pain which allowed him to run a little bit while remaining focused on the long term health of his body. Approximately five weeks out from Canyons, still unsure of his admittance status, Cates had his first full week back, running 45 minutes during the week and a long run of just 60 minutes on the weekend. The next week, the first week of April, he ran 50 minutes daily, and got up to 70 minutes for the long run, but then the knee started acting up. 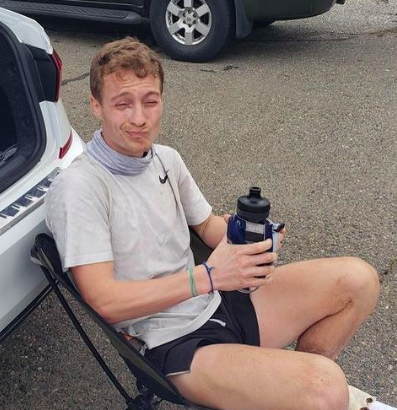 Lo and behold, the next week he officially got off the waitlist for Canyons 100K and was invited to confirm or decline his entry. He instantly called his dad with the news, “Dude, what do we do man, this is nuts!”

He had been set on this goal for a couple of months and really wanted to take a crack at it, but his health was cause for concern. He decided to go for it with an apprentice attitude, “Let’s see if we can learn some stuff from the big dogs out there and run with it.”

He managed to get one, two-hour run in April before race day, his longest effort since the LOViT 100K in February. “I wasn’t focused on training, just making sure my body was going to be able to sustain running for a long period of time.”

The next thing he knew, he bought a ticket to California and was ready to race.

“I believe a lot in very long, healthy relationships with people and I have that throughout my life. I knew I wasn’t really running this by myself. I was wearing a pair of road shoes that my Arkansas teammate gave me.” Anthony Costales, the eventual winner, was giving him tips mid-race about hydration at the early aid stations.

“I run well when I’m happy and when I see people, I get excited.” At the Michigan Bluff aid station, a volunteer asked if he needed anything and he asked for a hug. That made his day.

“It’s not about perfection, it’s about connection. The amount of support I’ve received my whole life is awesome. That’s where you see people do amazing things.”

At Deadwood, he started a dance party with the volunteers just to mix up the vibe. He wanted to hang out longer, but they made him keep moving. He was, after all, in the top ten, but that clearly wasn’t even on his mind.

He still wants to chase that dream and will try to race his way into Western States in 2022 if need be. “I know I want to be in the ultra scene for a while. I want to try and get a Golden Ticket next year.” He added he might do a 100k in Fayetteville later in the year, and is now registered to take on the competitive Speedgoat 50K.

“I’m excited to really start getting after it. Being that close, with training not going exactly how I wanted it, and not having some of the gear and insights that some of these other guys have. It’s all little bonus points and confidence boosters, it will come in when it comes in. Keep getting fit and keep doing what I’m doing.”