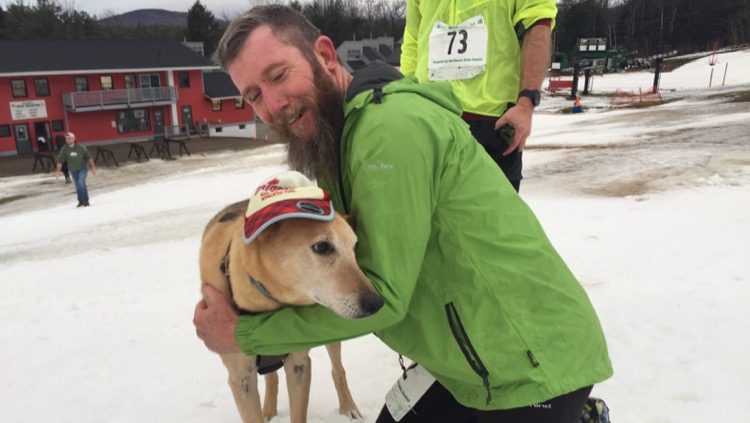 It was May of 2009, and Jon Hoyt was locked in a fierce battle with Mother Nature. Competing in his first ultramarathon, at Pineland Farms in Maine, the rain dumped down, and the trails were underwater. Despite the conditions, Jon was in his happy place, zooming along the trails without a care in the world. One never forgets their first ultra, “This was a huge accomplishment for me—it felt like climbing Mt. Everest.”

Behind the boisterous laugh, Jon Hoyt grew up a shy, quiet kid. Born in Hyannis, MA, his mom relocated their family to Chester, Vermont at the age of four. By his junior year in high school, his lifestyle had taken an unhealthy turn. Smoking and drinking took the place of running and biking. “I think I was born an alcoholic. I come from a long line of dedicated drinkers.” He was still that shy, scared kid, but with drinking he could talk with people, as it made him feel less introverted. 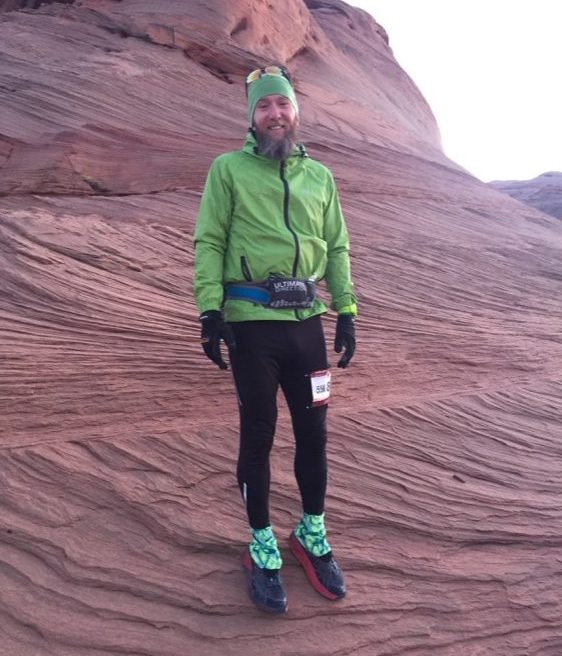 By 2001, his life was spiraling out of control. Jon tried to commit suicide by taking a bottle of sleeping pills. At the time, Jon felt alone, and he was dealing with a lot of anger issues. “I fell asleep and woke up a couple days later in the hospital. The doctor said, ‘You should believe in God, because you shouldn’t be alive.’” It was a major turning point in his life, but it still took about a year of thrashing around. “It was hell. I couldn’t get drunk enough to take away the pain, and it hurt too much to get sober. It hurt 24/7 physically and emotionally.” But in July of 2002, he decided to get sober. A close friend had said to him, “You can drink and die, or stop and live.” That was a profound moment for him.

One day, out of the blue, he bought a pair of running shoes and went for a run. He was still smoking a pack and a half of cigarettes a day. “It hurt like hell.” He’d go out when he wanted to, just to burn off stress. Evenings were hard, especially around 5 p.m. which would have been his normal drinking time. Running filled that time slot. There were no dreams of racing or running competitively, he just used it as a way to clear his mind.

During the summer of 2008, Jon met his future wife, Astrid. They moved in together and got a dog, Aggie. Ironically, it was Aggie, who inspired them to start exercising more. “This is where my running became more structured.” Together they found the Western New Hampshire Trail Running Series, a series of 5k and 10k races sprinkled throughout the summer. Not having any race experience, he lined up close to the front, and took off “running like a bat out of hell.” He soon found that he loved the competitive-but-not-cutthroat vibe of the events. He also quit smoking halfway through the summer series. 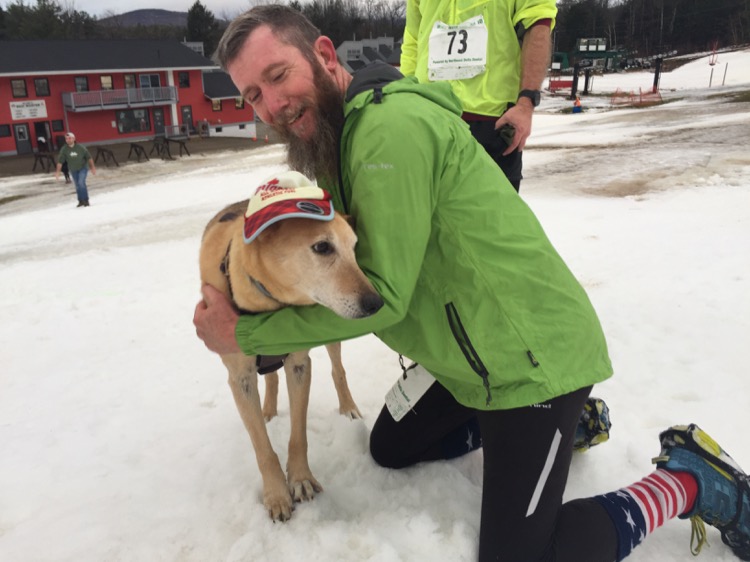 Now sober and smoke free, Astrid asked him, “Wanna run a half marathon?” Jon agreed and together they signed up for the Maple Leaf Half Marathon. He ran two more before signing up for his first ultra, the Pinelands 50K.

The Vermont 50 was the setting for one of Jon’s favorite running memories, as he competed in his first 50-mile race. “Crossing the Vermont 50 finish line was so emotional for me. I was amazed I finished it.” It was a day that pushed him out of his comfort zone and he was able to share the last miles with his friend, Jeremy. He cherishes running the trails with his local running buddies. There’s a sense of comfort and calmness when he runs with his friends. Laughter and camaraderie bond them together. 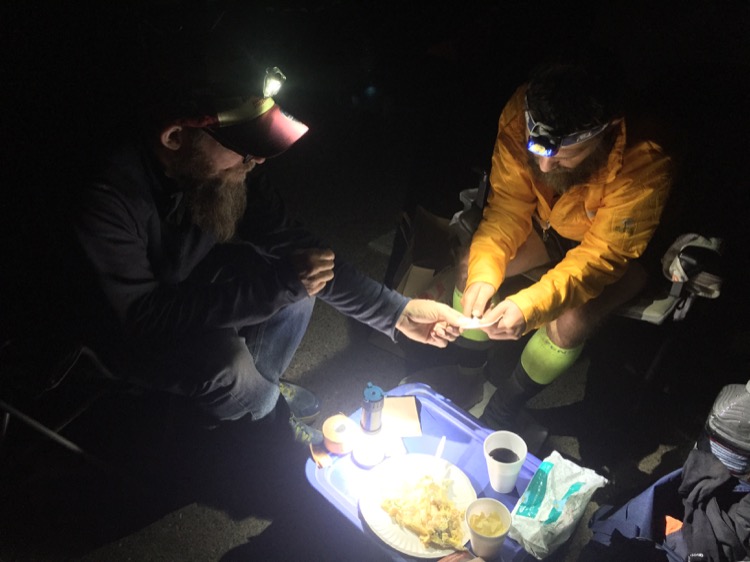 Jon has many ambitious running goals for the future. He’d like to finish a 100-mile race, and the Tahoe 200 is high on his bucket list. He also has his sights set on the Long Trail, the 273-mile trail that runs through the state of Vermont. He’s a well-known figure in the northeast, between his running and volunteering at many races. Now, with more than 17 years of sobriety, he is looking towards a bright future. “I’ll be running for as long as I can, till I can’t run anymore.”

I’m so grateful to have known Jonny & Astrid long enough to have witnessed their transformations in real life. It’s all about being a part of a pack, and I’m so blessed to see they are doing so well at it. There just is no limit to what God can do when we surrender our will over to His care, eh?!!! Here’s to many more miles!

Ramble on brother – sobriety and running are a great combination, my sobriety helps me run and my running helps me stay sober.