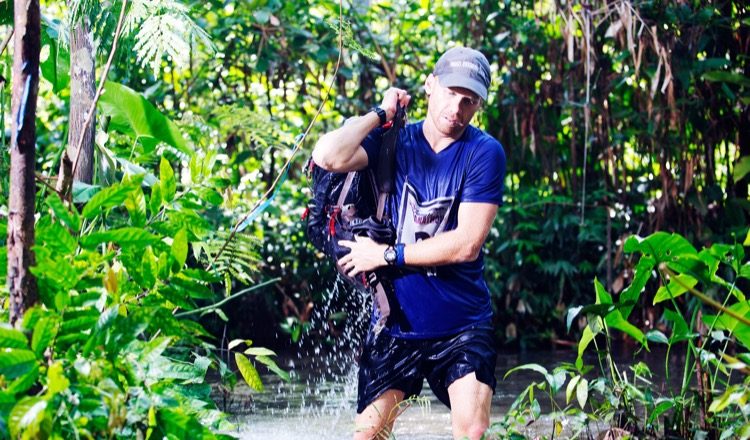 Belize’s Escape from the Jungle: Q & A with the Race Director

At first, Escape from the Jungle, which will take place in the deep jungle of Belize during February 24–March 7, appeared to be an insanely dangerous event. And then I looked into it. The first week is called “Jungle Survival Training,” and local guides will follow each runner during the actual race, making sure participants will not…die. It helped me realize that Shirley Thompson, the ex-Jungle Marathon race director, is always more about preparation, mental strength and hardcore fitness, than about playing Russian roulette with pit vipers. Still, Escape from the Jungle looks like a very extreme, hot and humid event. The question is, should you do this 200k ultra survival race? Here is a brief conversation with race director, Shirley Thompson to find out.

URM: The description of your event is not sending a message that the race is accessible and should be embraced by just anybody. It’s quite the opposite. You make it very clear that it’s tough and potentially, very dangerous. But I wonder how much is real and how much is marketing? I wonder how much you may be overdoing it to attract people looking for the hardest stuff they can find?

Shirley Thompson: It would be impossible for a 200k race in the jungle to be accessible by anyone’s standards. Escape from the Jungle sets the bar higher than anything out there in terms of challenge, as the competitor is not just doing an extreme ultra but also doing a survival race. I wanted to create an adventure that gave competitors a unique experience – running in an excellent environment while learning a skill: wilderness survival. But a massive part of the race is ensuring competitors set off at the start of the race part with the necessary survival skills to get to the finish safely. No one will be allowed to start the race portion unless we are fully satisfied that they are capable of handling any challenges they might encounter. It should appeal to not only ultrarunners, but also adventurers who want more than running from point A to point B. Of course, it will be hard, but that’s what we do at Jungle Marathon. I am a firm believer in the mind being able to control the physical, so our competitors are not necessarily the fittest physically, but will be mentally the toughest. At the Jungle Marathon, safety was always our highest priority. This has not changed with our new event. 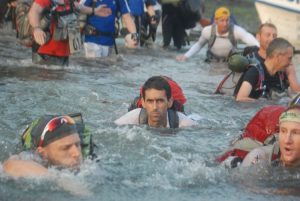 URM: Adventure racing is only fun if it remains a game. It’s fun if participants know they’re probably not going to die and probably not going to get severely injured for the rest of their life. So, what will you set for participant safety? What kind of medical team will you have on the ground, how experienced are they, and what will be your emergency response time if something wrong happens in the middle of the jungle?

Shirley Thompson: As I said above, safety is paramount. Each team or individual will have a jungle guide. They are there at a distance in case of emergency, and will monitor the competitors so they don’t do anything dangerous. They are in constant contact with the base and will step in to assist if it’s required. At the Jungle Marathon, we had a top medical team, most of whom were with us for over 12 years. The same team will join us in Belize. They are all trained in wilderness and jungle medicine, including critical care physicians, paramedics and additional local EMT crew. We will have an ambulance on standby that will shadow the runners and medics at each of the waypoints. Evacuations will be more rapid than in Brazil because there, we had to evacuate by the river. In Belize, we will have road access. There will always be two teams available to any runners needing assistance.

URM: Regarding the food. Again, I understand people would enjoy the idea of having to find their own food in the jungle. But I’m not sure about what it really means. Will participants be trained to recognize the dangerous plants and insects from the ones they can actually eat? 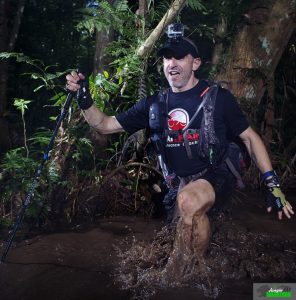 Shirley Thompson: Yes, of course. This is all part of the very comprehensive training course. As I mentioned above, no one will be allowed to start if they have not satisfied our training team that they can comfortably survive in the jungle environment. The last night of the training course involves each competitor surviving alone in the jungle, and we will use this exercise to monitor their capabilities.

URM: For the majority of people, it’s unclear what one can do if bitten by a snake. And it’s feasible that a participant would be bitten by a very poisonous snake in Belize. What will you be teaching beforehand, and what are the precautions that your team will take to help quickly in a situation like that where life and death can be a matter of minutes?

Shirley Thompson: The snake situation is the same as in Brazil. Our medics will be on hand to evacuate if need be. Our team does not advocate the use of anti-venom pumps or anti-venom serums carried by participants in the field. This needs to be administered in a controlled environment. Both the medics and the survival team will be giving training and advice on situations that competitors may encounter.

Shirley Thompson: Should I be stuck at sea, there is a great team who will take care of you.

To learn more about Escape from the Jungle, visit junglemarathon.uk.

I participated in this event in Feb / Mar 2020. The race was very poorly organised and the above responses from Shirley did not live up to reality:
– Shirley was unable to attend the event. No other person from the race event team was present.
– The race route was made-up on the spot.
– The training week was insufficient for an event of this nature with no structure / organisation. 2 instructors to 15 participants was not sufficient to teach everyone all of the required skills.
– The GPS yellow brick trackers did not work and had not been tested in the jungle environment. This put lives at risk.
– The medical kit list had not been reviewed by the volunteer medical team in advance.
– Our guide was not in constant contact with base and had only been made aware of the race 2 days beforehand, with no knowledge of the race route in advance.
– No ambulance was shadowing us on the race.

Very disappointing and unfortunately it was not worth the huge sum of money paid.