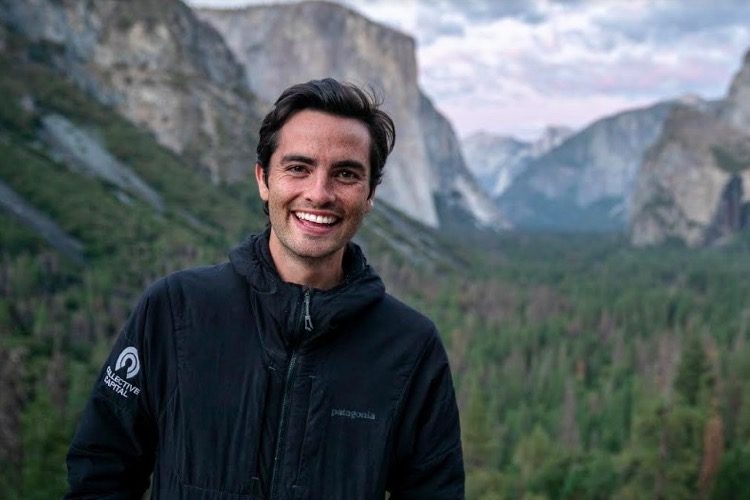 Behind the Lens: Austin Meyer

New York-based filmmaker and ultrarunner Austin Meyer’s love for storytelling originated in the fourth grade after he got in trouble at school. “My teacher assigned me to write a five-paragraph analytical essay explaining what happened,” Meyer recalled. “My mom, a former journalist, saw how upset I was and said, ‘It doesn’t have to be boring. Write a five-paragraph story.’ I wrote a story about a squirrel that got caught in the same analogous situation that I did, and my teacher loved it. On that day, not even Mama Meyer would have predicted that Tony the squirrel would lay the foundation for a life dedicated to the craft of storytelling.”

Since then, Meyer, who released his film about the Western States Endurance Run, Golden Hour, just last year, has loved to tell stories. Whether they are about inspiring individuals or global crises, his knack both behind the lens and beyond is apparent.

His first job out of college was as a videographer at the LA Times, and his first assignment was to cover the professional soccer club, LA Galaxy. As a former collegiate soccer player, what would once have been a dream assignment for Meyer actually left him feeling very dejected. “I was sad that I was on the wrong side of the white line—filming the pros instead of being one,” Meyer said reminiscing on his dream to play professional soccer. “After that experience, I knew I needed to dedicate myself to filling that void.”

Meyer tried different sports, went on adventures, watched movies and read books in an attempt to find a spark, when he came across the now infamous Born to Run by Christopher McDougall—it was the first time he had ever heard of ultrarunning. When he finished the book in early 2016, having never run a race in his entire life, he signed up to run the Capitol Reef 50 Miler. “During those three months of training, I felt that void begin to fill. And when I crossed the finish line on race day, after getting my ass kicked by 50 miles of high altitude terrain, I knew I found my new obsession,” he said.

Combining his love for videography and his new passion of ultrarunning was the next logical step for Meyer, as the camera was always something he turned to while having fun with friends. Creating stories offers the filmmaker a “Profound power,” he emphasized. “The power to inform, educate and move people emotionally.” 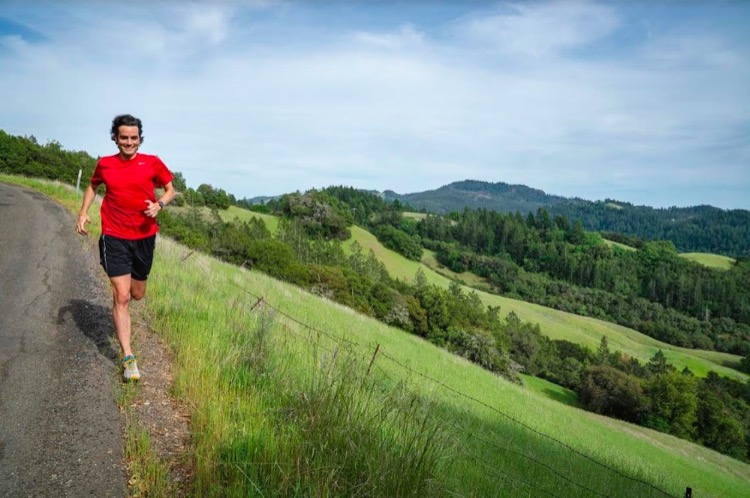 Austin running in the hills above his hometown of Santa Rosa. Photo courtesy Austin Meyer.

Meyer has now spent the last half-decade of his life telling these moving narratives from around the world. He’s reported for The New York Times on the opioid crisis in America, malnutrition in India, human trafficking in Nepal, and created short films for National Geographic on a soccer program in the world’s largest Syrian refugee camp, as well as for the Al Jazeera Network on Zambia’s first circus. He’s traversed the Mekong River in Southeast Asia for Slate Magazine detailing the social and environmental impacts of hydroelectric dams, and told the personal stories of those affected by California’s wildfire disasters happening in his hometown of Santa Rosa.

“With each story I create, I believe more and more in the power of visual storytelling. Every day I set out to improve at my craft, so that I can try to fulfill my personal mission as a documentarian: tell stories that change the way people walk through the world by inspiring curiosity, wonder and empathy.”

His favorite thing about ultrarunning is that it provides such a beautiful framework for these compelling tales. The sport draws interesting characters who are changed by their extreme pursuits and they tend to happen in spectacular settings with clear start and end points around which he can structure a narrative. “The act of running an ultra is full of the metaphorical peaks and valleys that make a story dynamic: it breaks people down to their most vulnerable state and builds people up to super hero status. Ultrarunning is at the same time relatable to audiences, but also fascinatingly foreign,” Meyer said. 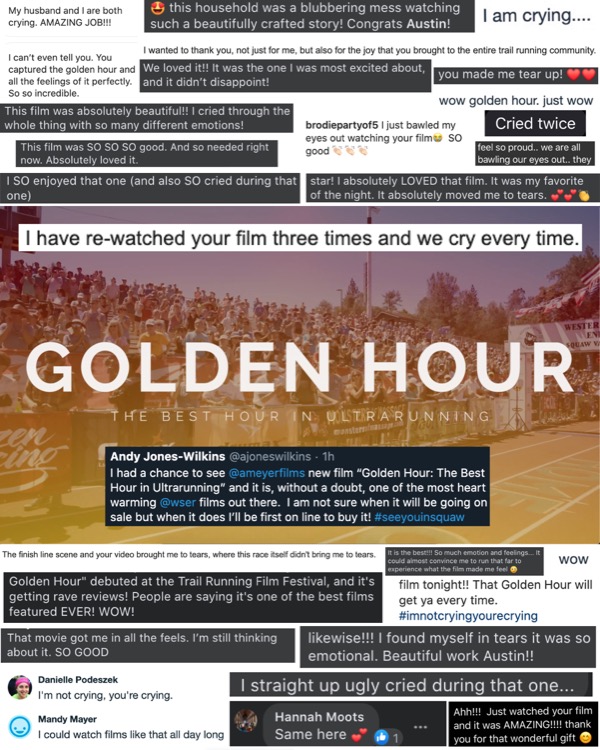 A pivotal moment for Meyer and the intersection of his two treasured pursuits came last year, when he premiered the aforementioned Golden Hour film at Healdsburg Running Company, just before the pandemic came into full swing. They put on a big group run and all gathered outside the store for popcorn and a movie night. “Golden Hour is a movie that celebrates the spirit of our sport, and to share that with those who contribute to that sport, was very special.”

When screening his beloved film, he realized just how much ultrarunners crave quality stories on ultrarunning. For Meyer, that differs from when he reports on topics like the refugee crisis or maternal healthcare in sub-Saharan Africa. “When I put out those stories, there isn’t a built-in audience just dying to see the next story detailing barriers to healthy child deliveries,” he said.

As a visual storyteller in 2021, Meyer is working on a handful of things: a film about maternal health care in Zambia, impacts of wildfires in Northern California, his own personal backpacking and running adventures during the past year, and he’s also been looking at how immigrant and undocumented communities are being impacted by the pandemic.

With ultrarunning, he’s done his best to adapt to the ever-evolving situation while trying to find consistency with training and running through landscapes that inspire him. Though not currently registered for any events, he is keeping up his fitness for any spontaneous adventures that may arise.

“My goal is to continue improving everyday so that I can achieve my potential as a storyteller and an ultrarunner. It is such a perfect metaphor for life, which makes the themes of ultrarunning stories more poignant and lasting.”