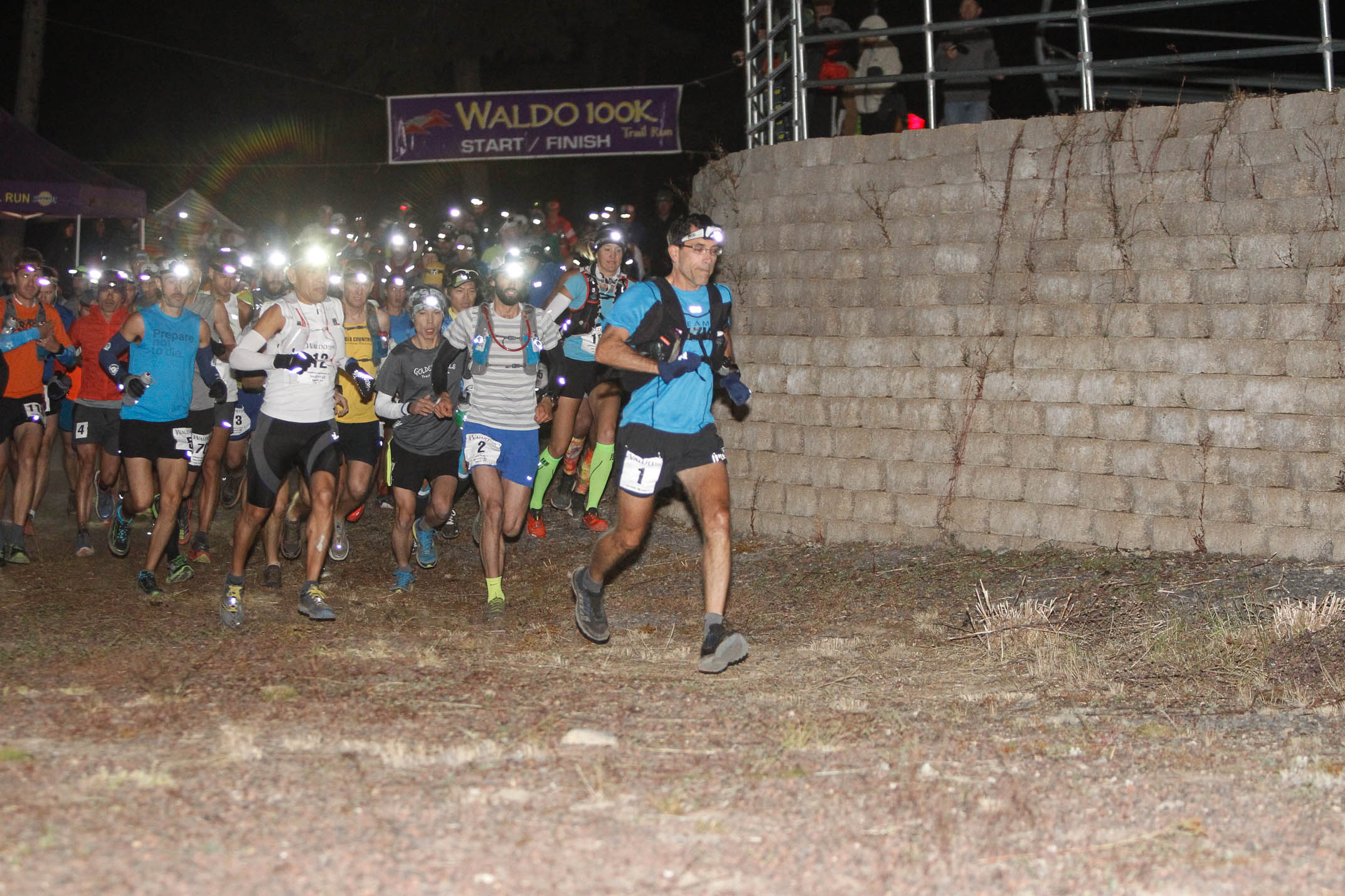 In the Cascade Mountain Range of Oregon, is a pristine alpine lake named Waldo surrounded by peaks over 7,000 feet high. Inspired by the Oregon Trail Series, a couple of cool guys set out to create a 100K race unlike any other in the state.  What did they name it?  Where’s Waldo, of course, with each peak offering stunning summit views of the second largest natural lake in Oregon.

Prior to its inception, Bend ultrarunner Curt Ringstad spent countless hours piecing together trails for what would eventually become the 100K course.  When Willamette Pass Ski Patrol volunteer, Craig Thornley, convinced him to sign on as co-race director for 10 years, neither of them would foresee the race becoming so well-known that it continues to go strong 15 years later. And in 2011, after a full 10 years of race directing, elite ultrarunner Meghan Arbogast, filled Curt’s hefty shoes when he decided to retire and enjoy his summer weekends.

After years of hosting the best of the best in ultrarunning, Waldo Lake got the attention of local environmentalists.  In 2015, the Sierra Club launched a “Keep Waldo Wild” Protection Plan that would have prevented any kind of event from being held on the trails near Waldo Lake, including ultramarathons.  Fortunately, numerous stakeholders including both mountain bikers and trail runners made it known that they felt equally passionate about the trail network around Waldo, but wanted to continue using it for the recreational activities.

The Sierra Club states, “Our original goal was to create additional Wilderness Areas to complement the existing Waldo Lake Wilderness and Three Sisters Wilderness Areas. However, as we introduced the idea to other users of the area, such as mountain bikers and trail runners, it became quickly apparent that our proposal for Wilderness designation for the entire area would meet with strong opposition from these very environmentally-engaged organizations. The area is heavily used by the mountain biking communities from Bend, Oakridge, and Eugene, and also is the location for an annual ultramarathon that goes through the greater Maiden Peak and South Waldo areas. These user organizations are strong environmentalists and are active stewards of the trails they use.”

This was good news for ultrarunners who’ve had their hearts set on running the Waldo 100K.  As a challenging course with over 11,000 feet of elevation gain, demand for entry pushed the race to conduct a lottery registration beginning in 2015. And as one of the few qualifiers in Oregon for Western States 100 (Craig’s other race directing gig), this small race continues to be discovered by ultrarunners from around the world.

Unfortunately, environmental groups can’t do much to alter the global effects of climate change, and ski resorts at lower elevations continue to struggle from year-to-year including Willamette Pass. As the start and finish of Waldo 100K,  Willamette Pass Resort is beloved by more than just local skiers, but trail runners as well.  Fortunately, organized events like Waldo 100K give their proceeds to those in need, and as long as the popular ultramarathon continues, Willamette Pass will likely be the beneficiary.

Like many ultra events, Waldo has had its share of bad weather, threat of forest fires and lost runners along the way, but the expertise of stellar race directors keeps Waldo alive and well. And after you’ve run the trails there’s no question that you’ll want to return and find Waldo again and again.