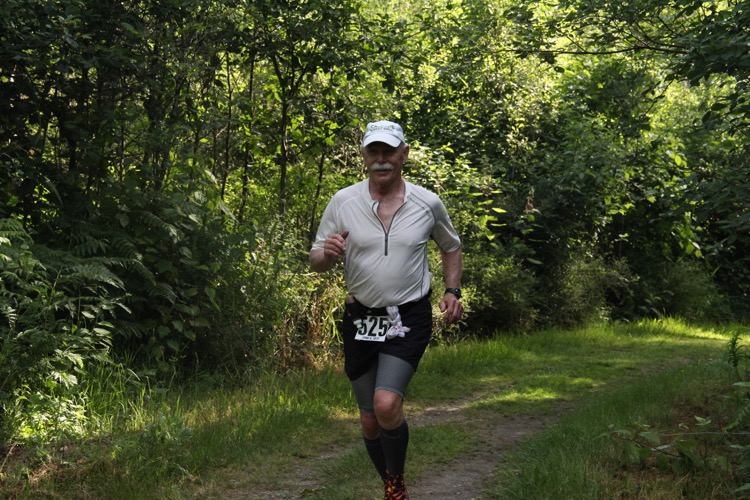 What is Old is New Again

Sunny skies and warm weather gave runners a chance to do some fun trail running before the post-race feast and brew fest in early June at the sixth annual Vashon Island Ultramarathon & Trail Run. The 10-mile race gives trail newbies a taste of trail running so they can be hooked for life. The 50k is the main event on the trails in the middle of the rural island in Puget Sound, between Seattle and Tacoma.

This year we learned from the young and senior alike. Eighteen-year-old Parker Mitchell from Tacoma took second place in his very first ultra. He was later followed by ultra veteran, 75-year-old Kent Holder from Fox Island, who ran his 190th ultramarathon. Holder had originally planned to run the 10-mile, but upped his game to prepare for this fall’s A Race For the Ages in Tennessee, a timed event where runners get an extra hour for every year of age over 60.

The women’s 50k winner, Christine Mosley, who became the first Vashon Islander to win the event, set another landmark. She was just minutes short of the course record by Canadian ultra star Mel Bos.

After their efforts, the runners enjoyed reggae music, craft brews and a great spread featuring Mulligatawny stew, a perennial favorite that has been specially prepared for every Vashon Island Ultramarathon since its inception.