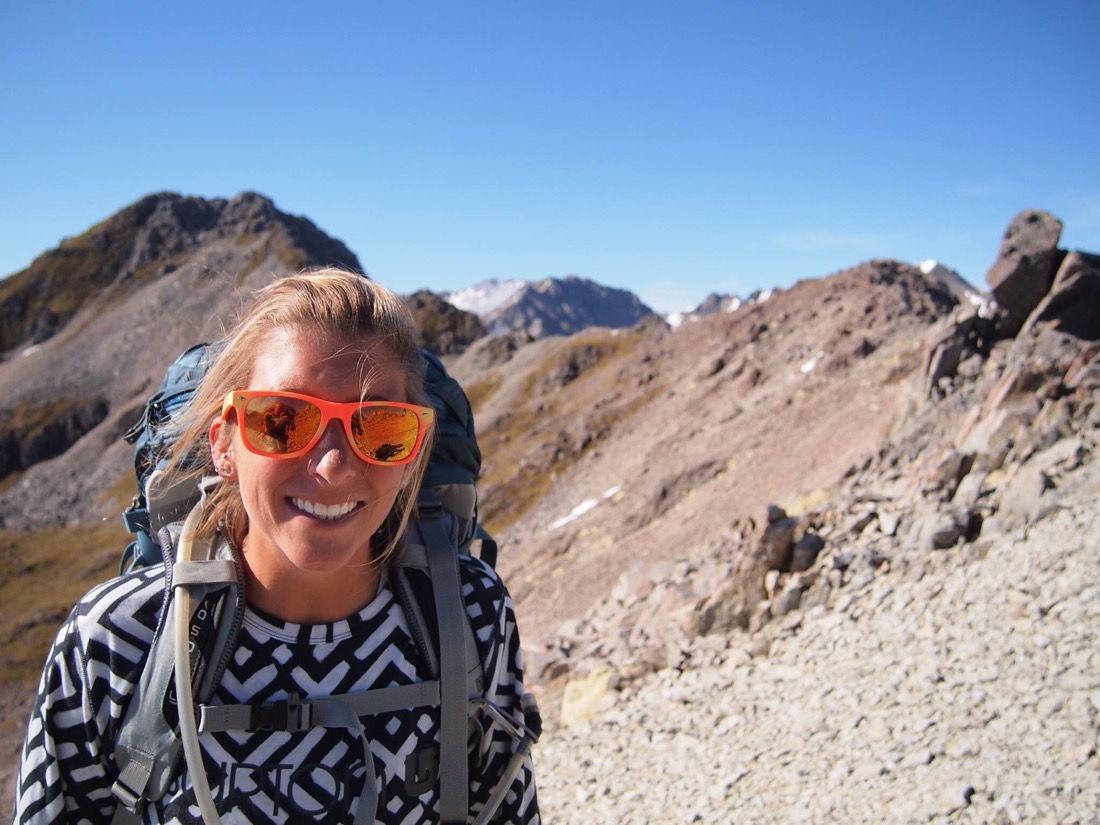 Hiking in the Colorado mountains

On September 16 and 17, Courtney Dauwalter raced to an impressive victory at the Run Rabbit Run 100 Mile in Steamboat Springs, CO, besting second place finisher Alissa St Laurent by 75 minutes. Her time of 21:23:37 is the fourth-fastest ever at the race, behind only two performances from Nikki Kimball and Michelle Yates’s 2013 course record of 20:16:54.

Quick & Dirty: Congrats on your big win at Run Rabbit Run 100 Mile! What were your goals and thoughts going into the race and how did it play out?

Courtney Dauwalter: It’s kind of unreal, I’m still processing it. Well, I’m a teacher, so I have the month of July off, which means I got to do a lot of really awesome training. So with really good training all summer long, I knew I was well trained but I’d also never been a field so stacked with incredible women. So the plan was kind of a no-plan; just to see what happened as the day unfolds.

Things just fell into a place in a strangely awesome way as the day proceeded. I didn’t have any stomach issues, I didn’t have any cramping or stuff with my legs, I had minimal blisters on my feet, which is a rarity [for me]. I was just kind of rolling with it as it happened and hoping that I held on.

Q&D: So just one of those days where everything went right.

CD: Yeah, things fell into place and with good training over the summer; it was like a perfect storm [laughs].

Q&D: And where are you based that you got in such good training?

CD: I’m right outside Denver in Golden. We’ve got great foothill trails all throughout Golden and along the Front Range here, up towards Boulder.

Q&D: When did you take the lead in the race? Once you got to the front did you stay there?

CD: I was running with the front women up to mile 20, where you get to an aid station. I rolled through the aid station pretty quickly and ended up, on accident mostly, leaving that aid station in the lead. I thought, ‘Oh shoot, this wasn’t supposed to happen. I should not be leading this race right now.’ And then I was just waiting for them to catch me, still moving, but under the assumption that I was getting reeled in the whole race. But no one ever passed me. It was strange [laughs].

Q&D: Did you know your time gap at all, or were you getting any reports from crew or spectators about your lead? Or were you just running blind the whole time?

CD: Yeah, I was running blind. One place where you could get a really good view [of your competitors] is when you go down to the Spring Creek Aid Station and then back up. Technically, you should be able to see how far back everyone is. But it was two in the morning, and coming back up the singletrack with headlamps and people passing, I couldn’t identify who was who. I had no idea where the other women were as I was coming back. It was just, ‘Hey! Good job!’ to everyone passing and then keep going. Also, the tracking got a bit jumbled at some point, so my crew wasn’t sure either. They told me maybe 15 or 20 minutes back. So then it was just, gotta keep moving!

CD: It was definitely beneficial having seen the course and knowing that I was capable of finishing it, and then just trying to execute it better. Steamboat has a really special place in my heart. It was my first 50 Mile, that 2011 Run Rabbit Run 50, and then my first attempt at a 100 miler the next year. I failed miserably with friends and family who’d flown in from all over the country to come help me. So it was cool to do it and do it really well [this year]. I feel like the monkey is off my back a little bit.

Q&D: And then some! I’d say last year would qualify as monkey off the back, and then you crushed it this year. I was also struck by how quickly you’ve jumped up in distance and how prolifically you race. How did you become interested in ultrarunning and what drew you to move up in distance so rapidly?

CD: I’ve always been running—cross country in junior high and high school, then I raced endurance Nordic skiing in college [at the University of Denver]. So endurance sports had been a huge part of my life. After college I tried a few road marathons, and I thought they were pretty cool. Then I jumped into a 50k in Texas [the Prickly Pear 50k in 2011], and thought the trail scene was really awesome—so relaxed, the people were so nice. What everyone says about the trail scene is entirely true, in how welcoming and such a community it is. [Dauwalter won the race in a time of 4:53:14.]

From there, it was just about trying the next thing because I was curious and it’s a little bit addicting I think [laughs]—to see what your body can do and see what your head can do at different distances. So that was the evolution of trying the next distance up. And I mistakenly went from my first 50 miler to thinking that 100 miles was the next step, which definitely factored into a very large failure that first try [laughs].

CD: The plan is to do the full 24 hours and try to up my mileage—on a quarter mile track, which sounds like a great idea, right [laughs]? It really tests your brain. They have this huge tracker right by the start line and you can’t help but look. Every time you cross over it flashes your name and mileage. You keep thinking it’s going to miraculously be 10 miles further, and it’s a quarter mile [laughs].

Q&D: What’s your best for the 24-hour distance?

CD: This past June, at the FANS 24 Hour, I got 135-point-something miles. It’s just a little Minnesota race—a two-mile loop around a lake.

Q&D: That’s getting up there; at least in the vicinity of what it would take to qualify for Team USA for the 24-Hour World Championships. [Team USA is comprised of six men and six women. Dauwalter’s mark from the FANS 24 Hour currently ranks her as sixth for selection to the 2017 team.]

CD: Yeah, that would be really exciting.

Q&D:Any other big goals for the future? Does your Run Rabbit Run performance change your calculus at all, thinking, ‘OK, I just won the biggest prize purse in ultrarunning.’ Does it change your thinking about what you’re capable of in the future?

CD: Yeah, I guess [laughs]. I’m still kind of processing it. It doesn’t seem real yet, that it happened or what it might mean for next steps. I’m definitely open to considering all avenues with it—I love trail running and the thrill of racing. We’ll see, I’m not really sure yet.