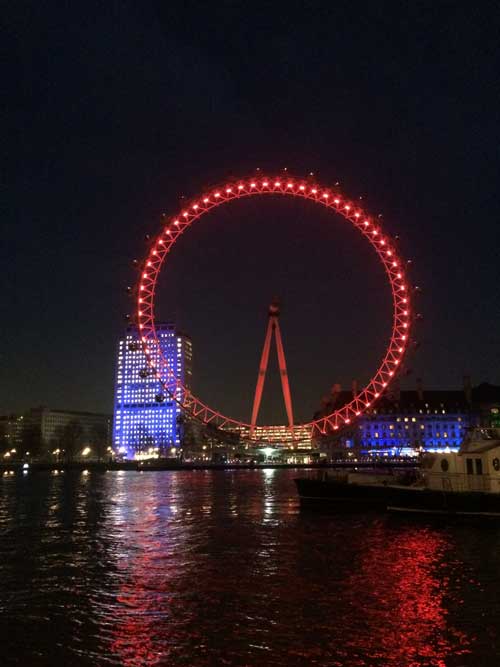 London is flush with idyllic gardens, grand estates and impressive buildings, bridges and museums. Many of the city’s treasures can be absorbed, although perhaps not fully appreciated, after just a few minutes of viewing. Admittedly, of course, there remain many sights that require a more comprehensive engagement. Still, if you want to see some of the iconic highlights of London quickly and efficiently, consider the London Scenic Route, which winds through Hyde Park, Green Park, St. James Park and along the Thames River and affords views of Buckingham Palace, the Department of Defense, Big Ben, the London Eye, London Bridge and the Globe Theatre.

Running in London, England: Hyde Park is the premiere park to run in in the heart of London. If you venture into the park, wind through the sundry single-track trails throughout and be on the watch for pigeons, which are plentiful in their presence and defecation, and crowds, which grow in size as the day progresses. Other notable parks of some size to frequent for a jog include Regent’s Park, north of downtown, and the spacious Richmond Park, southwest of downtown, both of which are accessible via the underground train, or “tube.”

The London Scenic Route is a six-mile point-to-point run, starting near Kensington Palace in Hyde Park and ending outside the Tate Modern art museum. It takes its pursuers through three parks and flanks the mighty Thames River. If your lodgings are near Hyde Park, consider running to the southwest corner of the park to begin the route. If your lodgings are quite a distance from the park, take the Underground’s District line to High Street Kensington station and then jog east on Kensington High Street for roughly 100 yards before turning left on Palace Avenue. The route begins just a few dozen yards north from the intersection of Kensington High Street and Palace Avenue.

An overview of the London Scenic Route.

Group Run In London: If you seek the company of locals, join in on an easy three-mile run through Hyde Park beginning and ending at a local running store, Runner’s Need (http://www.runnersneed.com/store-kensington/content/fcp-content), located just west of the High Street Kensington station on the District line of the Underground, at 188 Kensington High Street. The run begins every Wednesday at 6 p.m.

There are many paths—both paved and dirt—and single-track trails to explore in Hyde Park. Meander your own way through it, but be sure to exit on the southeast corner near the Hyde Park Corner tube station, across the street from Buckingham Palace and Green Park.

Hyde Park in the late afternoon.

Exit Hyde Park and continue southeast, running past Wellington Arch and continuing on Constitution Hill through Green Park toward Buckingham Palace. Take a minute to enjoy the sights in the square outside the Palace and then head south on Spur Road toward St. James Park. Avoid The Mall path and the Birdcage Walk: the former serves as the northern boundary of the park and the latter as the southern boundary. Instead, take St. James Park Lane through the center of the park along the pond. As you near Horse Guards Road and the eastern terminus of the park, you will see glimpses of Big Ben and the London Eye—a giant Ferris wheel along the Thames.

Run Tip: Start this route early in the morning. The crowds grow immensely, especially near Buckingham Palace and Big Ben, after the earliest morning hours, making the route difficult to navigate at times. Your early start will be rewarded with desolate, peaceful paths and a sunrise over the Thames.

Exit St. James Park, cross Horse Guards Road, climb the stairs and continue straight on King Charles Street, a small alley street between the Churchill War Rooms. After one block, turn right, heading south on Parliament Street toward Westminster Station and after just half a block stop at the intersection to view Big Ben and the London Eye. Cross Parliament Street and take a left heading north and take a right in two blocks onto Richmond Terrace. Pass the Department of Defense building and then take a left onto the running path that parallels the Thames.

The London Eye as seen from the intersection of Parliament Street and Richmond Terrace.

Follow the path along the Thames for roughly one and a half miles until you find the Millennium Bridge—a pedestrian-only bridge accessible via the staircase to your left. You will have views of the London Bridge as you cross over the Thames. On the south side of the Thames, take the stairs down toward the river path and turn left. After a few hundred yards, you reach the Tate Modern and the end of the London Scenic Route.

Thames: The Thames at night.

The turn-by-turn directions from the southeast corner of Hyde Park to the Tate Museum are as follows:

Enjoy the Tate Modern at the end of the run and then retrace your steps back across the Millennium Bridge. Once across the river, run back down the stairs toward the Thames and turn right, heading west, on the River Path for about 200 yards to find the Blackfriars station, part of the Underground’s District and Circle lines, on your right.

Post-Run Tip: If you want to enjoy a pint at the end of the run, the George Inn Pub (75-77 Borough High Street) is nearby and has an outdoor seating area. For the historical type, try one of London’s oldest pubs, Ye Olde Cheashire Cheese (145 Fleet Street), also nearby, which is located in an alley off of Fleet Street and has roots as far back as the 1300s.

Greenwich, has two of the best hills in the London area, steep and short. It is where GMT is located. Also very crowded mid day on a weekend, like all the others.

Hampstead Heath is another great place to run in London — a little to the north, but still close enough that one could run there from the City. And one also can run along many parts of the Regent’s Canal, from the Thames and north through Islington, Camden Locks, Regents Park etc.

When you reach the Thames, cross over the river onto the South Bank and drop down onto the Thames footpath. More pleasant as you are not by the traffic