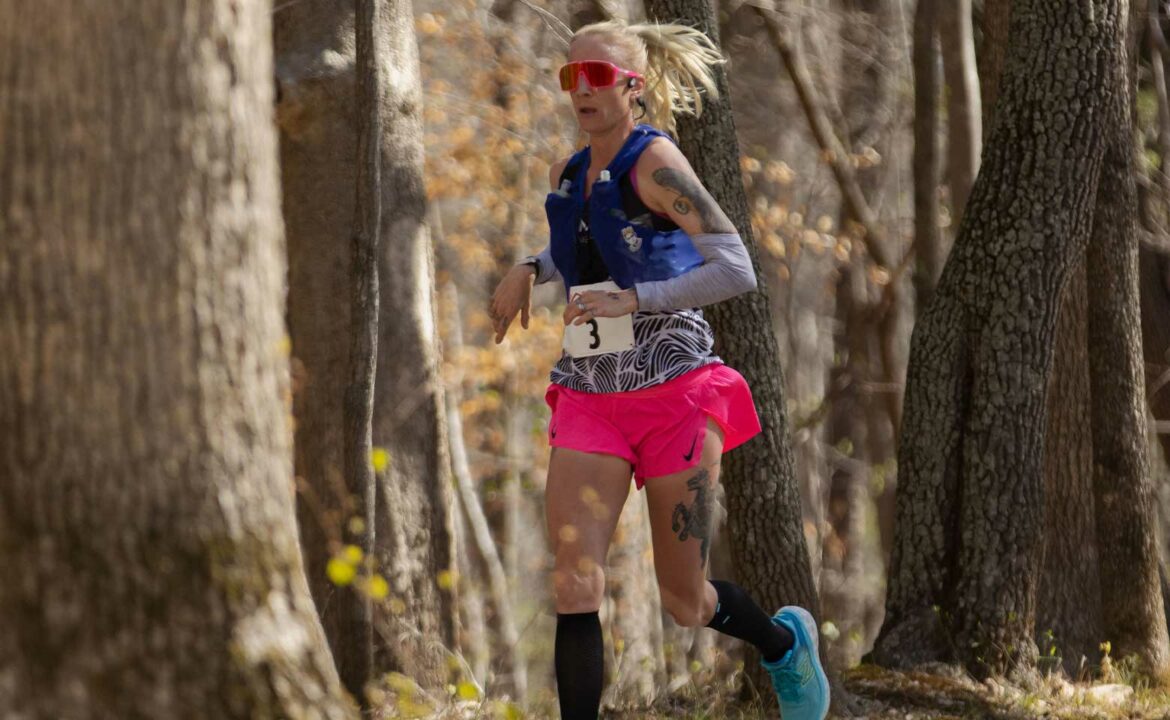 “She’s making history!” Devon Yanko’s pacer Ellie shouted as Yanko made her way through her last 12.5-mile lap at this year’s Umstead 100 Mile Endurance Race. Yanko came flying into the finish, clocking in at 14:23:13. With this, the 39-year-old seasoned elite became the first woman to win outright in this event’s 27-year history.

“I’ve been waiting for a woman to win outright for years,” said event co-director Rhonda Hampton. 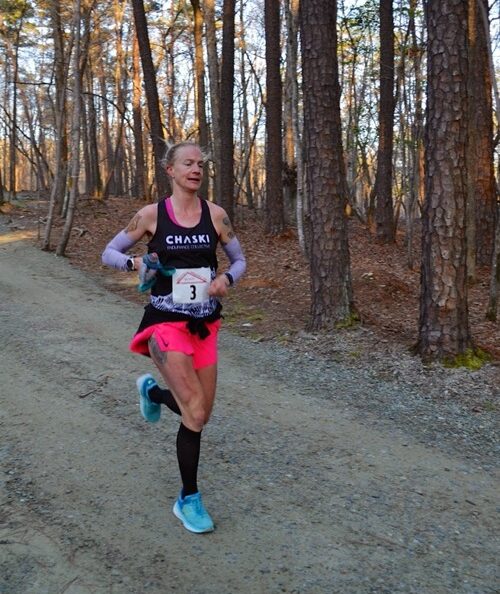 Umstead provides the opportunity for fast times. The course features a combination of fire roads and narrow, smooth trails, but it’s tough, nonetheless. Undulating trails and steep climbs and descents take their toll as the miles add up. Many a racer has noted that the course feels more punishing than the profile appears.

During COVID, away from the spotlight of racing, Yanko had challenged herself and pulled off some epic solo performances. “I wanted to bring that to Umstead,” Yanko says—and that’s exactly what she did. “I was very deliberate in my execution,” she says. “I always ran within myself and I made good choices all day long. I felt on point mentally and physically.” When the pace got hot after the excitement of picking up her first pacer, she slowed down. When she wasn’t digesting food well, she switched to a plan B nutrition approach with ease (involving less food and more soda).

Going out too fast is an easy mistake to make and two early leaders this year would discover just that. They began to fade back halfway through, putting Yanko in the lead. She’d finish over an hour-and-a-half ahead of second place. Taking the remaining podium spots on the women’s side were Lindsey Dwyer and Tara Dower. Their Umstead times of 16:44:43 and 16:56:21, respectively, placed them in fifth and sixth overall, making up three of the top six finishers. 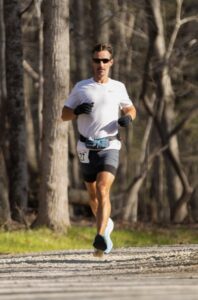 Behind Yanko, a trio of men who’d worked up through the field emerged in close company to each other coming through lap five. Lance Doherty, Brian Sharbono and James Sweeney were in the crew area at the same time before heading out to their sixth lap. These three would remain within striking distance of each other almost until the end. At the finish, it would be Sharbono for the win in 15:57:28, with Doherty close behind in 16:03:48 and Sweeney a few more minutes back at 16:09:21, to round out the men’s top three. This is the closest men’s finish in the history of the race.

For Sharbono, a former NCAA D1 runner, the win was an unexpected surprise. “I was in disbelief when Lance [Doherty] told me I was in the lead,” he said about an exchange the two runners had around the 63-mile mark. Relatively new to the 100-mile distance—he’s run Pinhoti (2018) and Leadville (2021)—Sharbono noted that the faster Umstead course was more in his wheelhouse.

At Umstead, years of dedication from staff and volunteers has created an ethos by race founder Blake Norwood, which has carried on after his passing. Details of support and care abound. “Being able to take care of everyone is one of my single greatest joys,” says Hampton’s co-race director, Chris Squires.

Sometimes that takes a lighthearted approach. Time and again during the race, Hampton cycles on the course, perking up runners with a well-rehearsed selection of one-liners. “Either I’ll lift their spirits,” she says, “or they’ll run faster just to get away from my dumb jokes.” 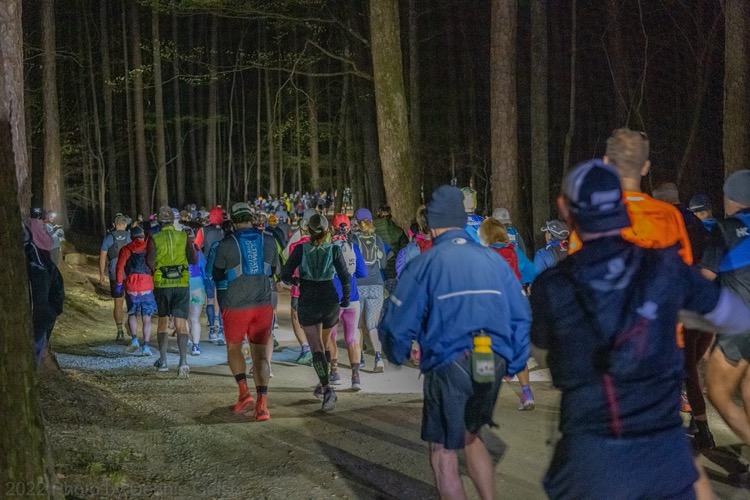 Umstead is a race for all-comers: it celebrates the speed of the front-runners while also putting a special emphasis on bringing in first-time 100-milers. Out of the 129 runners who finished 100 miles within the 30-hour cutoff time this year, 37 were doing the distance for the first time, including two 18-year-olds. Many runners return—two completed their 21st Umstead this year—and runners and crew alike feel the same degree of welcome.

“We all have the capability to do great things,” says Hampton.