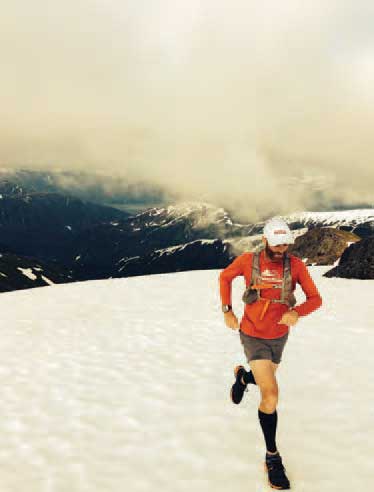 Working My Way Back

It’s been two years since I last felt “normal” for any length of time. In August of 2012 I began to experience severe symptoms affecting nearly every system of my body. I spent 8 months searching every possible resource for an answer to why my body had essentially gone overnight from strong and healthy to hardly being able to perform basic function without compromise and pain. Dozens of tests, numerous theories and 24 months later I still have no idea what the cause of this has been. I have generally improved over time, even to the point of regularly having hours within a day, or even full days during which I don’t feel compromised by my health, but I am still very much working through recovery.

Through much of this process I have suspected, and have worked with doctors who have suspected, two likely causes of this: chronic fatigue as a result of physically over-stressing my body for the 5+ years prior to 2012, or a response to an obscure virus, bacteria, parasite or toxin that has thrown my body into chaos. Initially it seemed really important to me to find a diagnosis, but over time I have become content with the reality that I am slowly feeling better, regardless of what the root cause of this has been.

One might think my experiences with this would qualify me to advise other athletes how to avoid going through what I have been through, but without any definitive diagnosis it’s hard for me to feel like I would know how to avoid this myself if I could go back and do it over. I felt sluggish in my running for most of the 12 months leading up to August of 2012. I rested a lot more than usual in that time, but perhaps had I taken that year off from running I may have been able to avoid this ill health. Or perhaps not. There’s unfortunately no way for me to know, and thus no way for me to give advice as to how to avoid going through something like this.

What I do however know as a result of my experience is how to more effectively cope with severe illness or injury. It seemed important initially for me to figure out why this was happening to my body, but it wasn’t until I fully accepted my compromised health as something that was happening no matter the cause that I could begin to live a life that was as satisfying as my life had been previously. For most of the first year of this illness I was certain that I could only be as happy as I once was if I could find a way to feel as healthy and strong as I once was. I have learned now, though, despite my compromised health, to be as happy with where I am at in my life as I have ever been.

The crux to achieving this has been learning to readjust my relationship with time. The larger picture of achieving the strength and health that I once had doesn’t matter as much as working to feel as healthy and strong as I can in any given moment. I am still moving in the direction of optimal health and wellbeing, but without carrying around the need to feel the way I once did, I have been able to greatly reduce the stress that has come with this ill health. My symptoms are most certainly elevated by stress, both physical and emotional. Gradually over the past year I have been able to significantly reduce the stress that has come as a result of my illness. Since that time I have, not surprisingly, had a year of mostly uninterrupted improvement in my health.

My methods of working with this have been very similar to the methods one might use to get through an ultra endurance event. When struggling 50 miles into a 100-mile race, the last thing that we want to do is think about the larger picture. The thought, at that point, of going another 50 miles might seem entirely impossible. To paraphrase what Gordy Ainsleigh has famously said in talking about his first Western States run, as long as he could take one more step, then he simply would just keep taking one more step. He was never going to make it Auburn if he thought about it in terms of having 50 miles to go, but in the end he was able to make it by simply continuing to take one more step for as long as he could.

I might one day feel as healthy and strong as I ever did, but coming to understand the importance of focusing primarily on what I can do to feel better right now has been an undeniable aid in my overall wellbeing. As I find ways within my situation to consistently move forward toward improved quality of life, it really doesn’t matter if my overall health, strength and ability as a runner is what it once was. Giving up the desire for this might even prove to be the one thing that will allow me to ultimately achieve it. Gordy Ainsleigh did, after all, make it to Auburn by simply taking one more step time at a time.

Above all of this there is the reality that our bodies are ultimately declining and expiring over time, but within any specific illness or injury that we encounter it’s likely that we will strengthen and heal if we can fi nd the patience and wisdom to keep taking one more step.

For nearly 6 months I was almost certain I would never run again, and that if I did I would not do so in a way that would be anywhere near as vibrant and strong as I once had. Over time though, I have learned how to work with my health to be able to regularly get out in the mountains on long runs, and feel an immense amount of satisfaction from this. Do I feel as strong and as healthy as I did 3 years ago? Not even close. But more often than not I feel more satisfied when I go for a run than I did the last time I went for a run. In many ways this is all any of us are looking for when we lace up the shoes and head out the door.

Go Geoff! Our family uses Reliv liquid vitamins which seriously helps us to keep up with our activities. So glad you are feeling better.

Inspiring. Seeing your resiliency to your unfortunate circumstances is just as motivating if not more motivating than when you were competing professionally.

My health ‘crash’ happened December 2011. Still climbing out of the hole but am now 95% of the way there. I believe ultra running has been my salvation. It is so good to hear from someone else who has had a similar experience as it can be a very lonely place! May God speed your recovery. X

Very inspiring, thank you Geoff. I came down with Lyme about 3 years ago and experienced the very same things. Though I am only a shadow of my former self, I am grateful to once again being able to put one foot in front of the other. Great article – thank you.