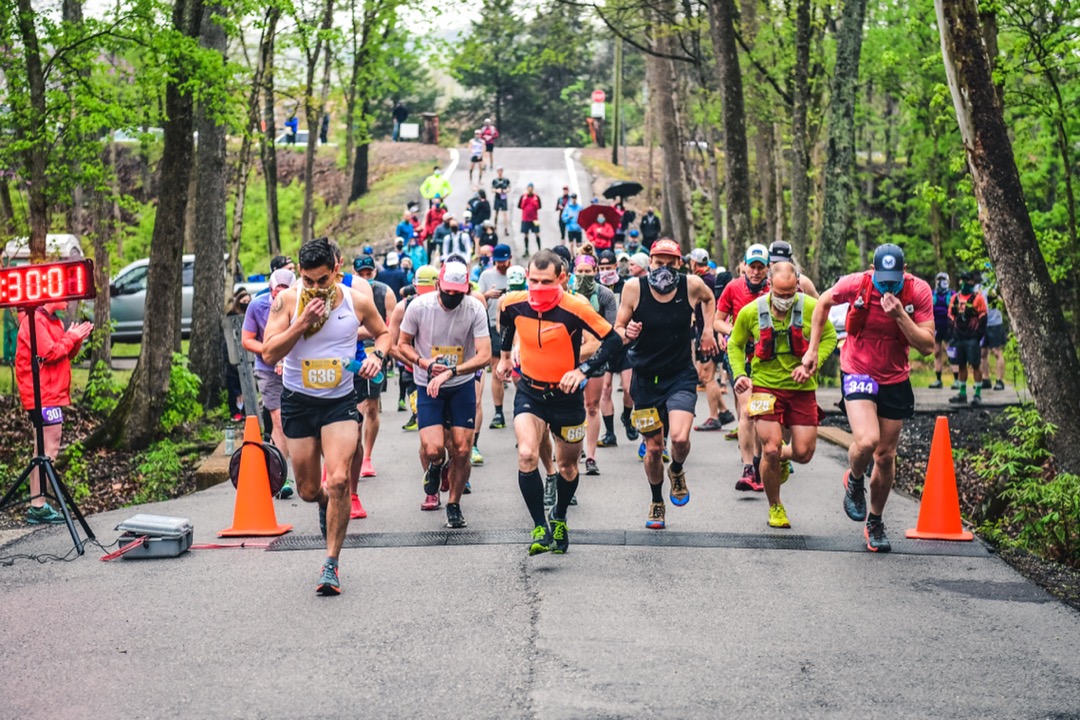 What’s Up in Ultra This Weekend – April 16

Despite last week’s warmer temperatures around the country, a bit of Old Man Winter was reported at a handful of races on UltraRunning Calendar over the weekend. It’s hard to say exactly what we’ll see during the rest of this month, but we’ll take all the additional precipitation we can handle ahead of the hot summer ahead.

On the central coast of California, we have a fan favorite in the Born To Run Ultramarathons that starts Wednesday, April 13, and continues through Sunday. Based on a private ranch in the beautiful Santa Ynez Valley, ultrarunners can choose from 4-day, 100/60/30-mile events which will be completed in 10-mile loops. With a mild coastal climate, rolling hills, single and double-track trail and abundant wildflowers, this is an ideal running environment. Participants enjoy an atmosphere that includes overnight camping and bonfires during this ultrarunning extravaganza.

The Double Chubb 50k in St. Louis, Missouri, on Saturday, April 16 is run as two out-and-backs on the popular Chubb Trail. Put on by the St. Louis Ultrarunners Group (SLUGs), this classic Midwest race offers rolling trails that wind through the hills of the Meramec River, gravel service roads, as well as a series of mile-long sustained climbs to challenge participants near the Gateway City.

In Fruita, Colorado, the Desert Rats Trail Running Festival 50k on Saturday is sold out with nearly 300 participants. The course features a single 26.2-mile loop plus an additional 5-mile loop connecting the desert trails of Kokopelli rolling along between elevations of 4,500 – 5,400 feet and boasting nearly 4,000 feet of total climbing.

With gorgeous views of the Puget Sound, incredibly varied terrain and a festive atmosphere, the Cottontail 6/12-Hour races in Seattle, Washington, are not to be missed if you’re in the Pacific Northwest this weekend. The 1.93-mile lap at Carkeek Park has rolling trails, steep stairs and a couple of sections that might generously be considered flat. The bibs are handmade by race organizers, runner’s laps are tracked with star stickers and unique prizes like giant stuffed dragons and pink garden gnomes are awarded to runners. This sounds too fun to miss.

The Trail Mix 50k in Rockford, Minnesota, the Napa Valley 50k in Calistoga, California, the Badlands Mississippi Ultra (50k/50m) in Biloxi and the Traprock 50k in Simsbury, Connecticut, all on Saturday, April 16, highlight our calendar, too.

Next week’s What’s Up In Ultra will have a preview and hot takes from a bunch of the contenders at our last Western States Endurance Run Golden Ticket race of the year, the Canyons 100k. In the meantime, let us know what you are up to this weekend that we missed and should be following along.

I’m running in the Sinister 54k this weekend in AZ: https://www.aravaiparunning.com/insomniac/sinister/

Have a great race out there Brett! Let us know how it goes.