As temperatures rise in the summer, carrying adequate hydration gets increasingly complicated. More water means more weight, which often means extended body coverage and heat retention. A waist belt offers a great alternative to hydration vests for hot training runs, as they keep the weight load lower on the body and require less surface area, allowing you to stay cool. 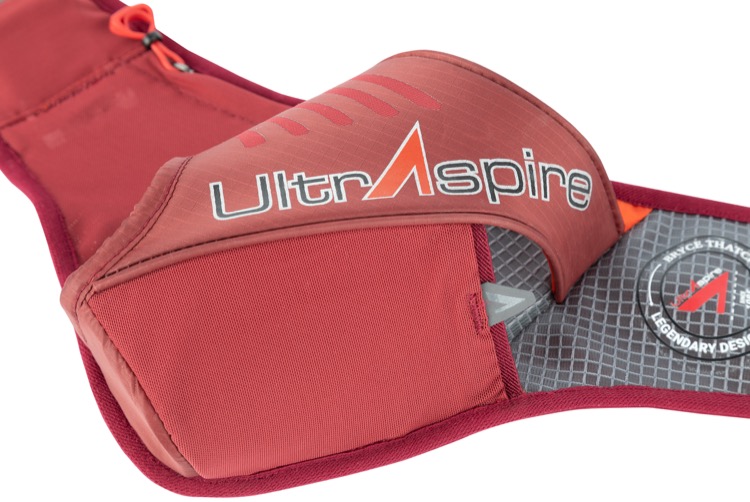 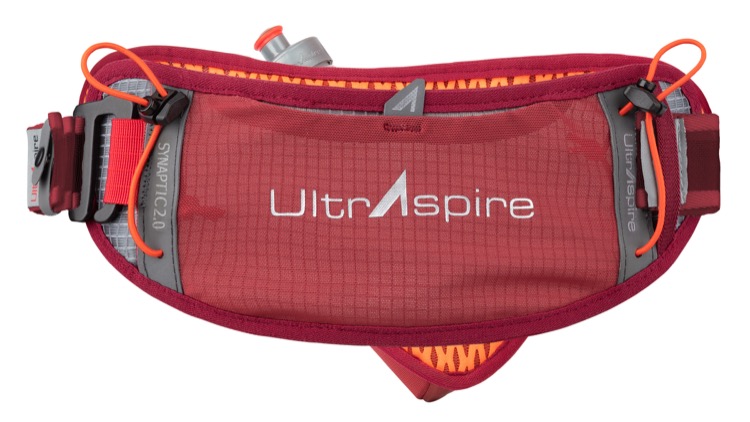 Cue the 2020 UltrAspire waist belt lineup, which includes the Synaptic 2.0 and the Speedgoat 3.0, both of which impressed us with their comfort and efficiency. The two belts are nearly identical in design with the only difference being fluid capacity – the Synaptic 2.0 holds a single 550mL bottle while the Speedgoat 3.0 can carry two (bottles are included with the belts). UltrAspire’s hybrid bottles blend the comfort and light weight of a soft flask with the rigidness of a harder plastic bottle, and lay flat when in place. One of our favorite features of these belts are the insulated bottle holsters—they sit in the rear and are angled to sit comfortably without bouncing. The top rib of the holster locks in the bottle so it doesn’t slip out, and allows for easy removal by slightly tipping the bottle upward as you pull. Light insulation helps to preserve water temperature, though not for as long as we had hoped in the heat of the summer. 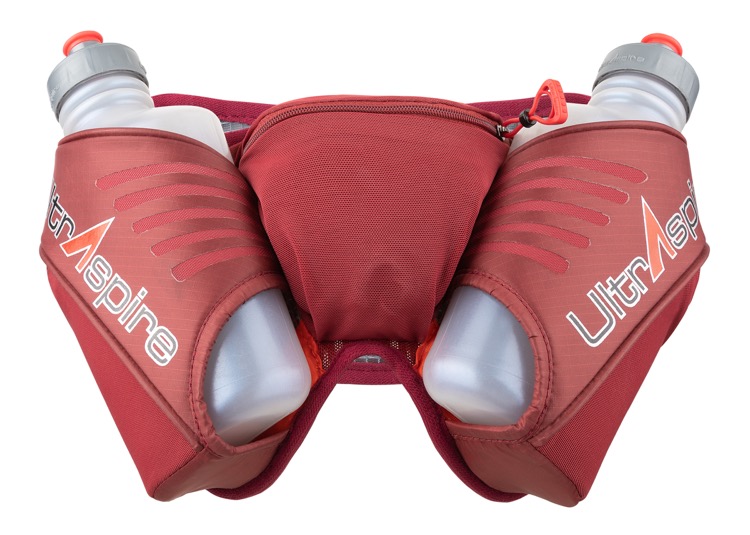 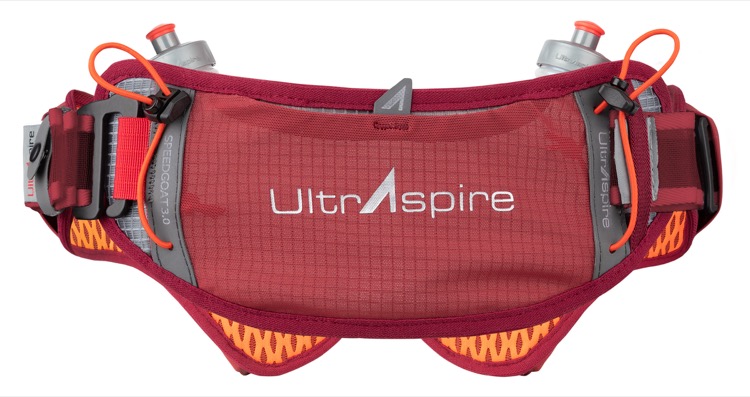 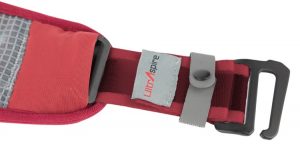 Each belt clasps with a single hook over the right hip, and there are buckles on each side to adjust for size. Each belt fits most body types—even our female tester’s extra small waist. A majority of the waist belt is constructed with a breathable webbing and the belts lock down well with bounce being minimal—once strapped in place, the belts pretty much stay put. However, even with the breathable webbing, one of our testers did experience some chafing on his lower back during his initial use of the Speedgoat 3.0. 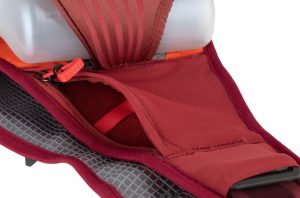 Back stretch mesh pocket on Synaptic 2.0

Storage on both the Synaptic 2.0 and Speedgoat 3.0 is impressive compared to other waist belts we’ve tested. The primary upgrade to their previous iterations is a large, stretch mesh pocket in the front, which can accommodate a bulky cell phone or gels. Unlike the zipper pocket on each of the belt’s predecessors, this new pocket lays flat against the waist even when full and two adjustable cords cinch down to hold Z poles or extra clothing. The storage pockets in the back are smaller and differ slightly between the two belts due to the holster configuration.

The UltrAspire Synaptic 2.0 and Speedgoat 3.0 waist belts are available now at http://www.ultraspire.com.

Just received an email from UltrAspire that the Speedgoat 3.0 will not be available until the end of July/early August.

Bart, Thanks for the update.
I have a Speedgoat 3 belt on order and was wondering about the ETA. I didn’t get an email so far. Anxiously awaiting it.

I have the speedgoat 3.0 and really struggle to get the bottles out while wearing it. Any tips?

The hostler is meant to lock in the bottle so that it does not fall out while running. To get it out easier, push the top of the bottle into the center of the belt, than you should be able to pull it out no problem.