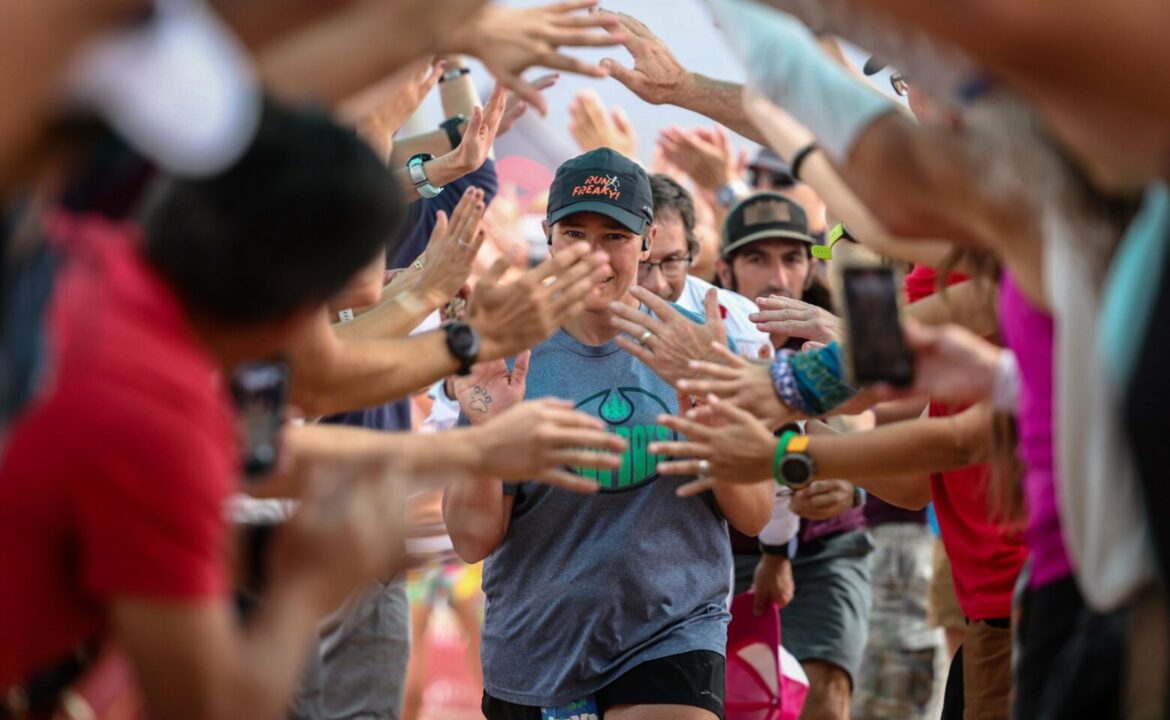 We had a big weekend down in the desert for our final Ultra Weekend Recap of October at the first North American 2023 Western States Golden Ticket Race, a second year event the San Jacinto 50k, the Chicago Lakefront 50/50 and more races from our What’s Up In Ultra than we can keep track of. Incredibly, all of the below events had at least one course record set. Feel free to add comments and links to other race results below. 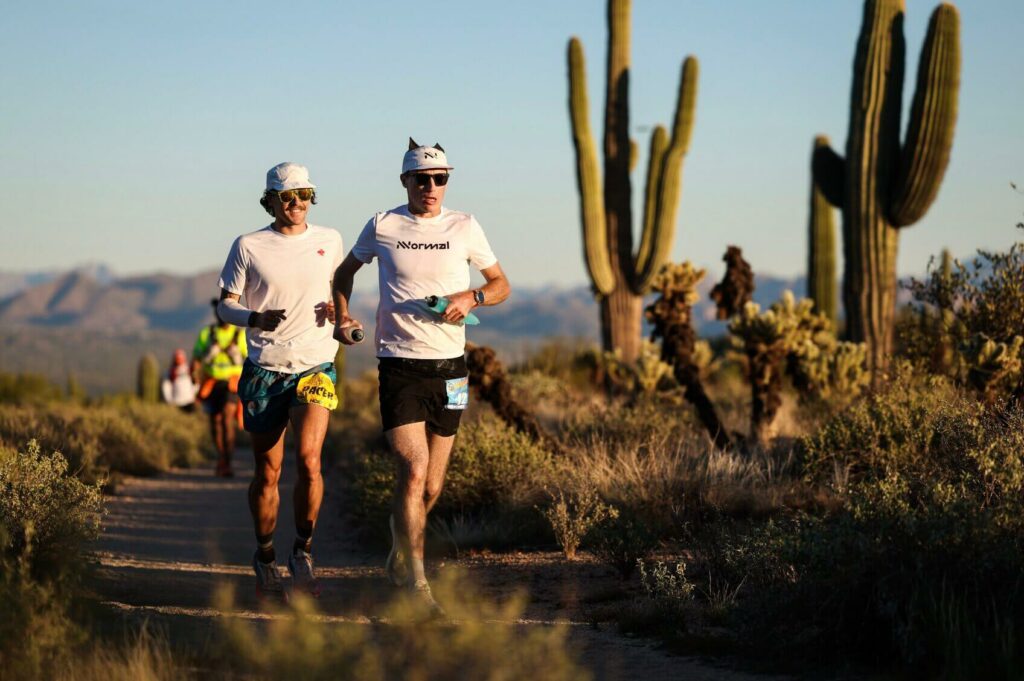 At the 20th Annual Javelina Jundred Dakota Jones of Salt Lake City, Utah, took the win and new course record, becoming the first person to run under 13 hours on the five-lap, sand-laden course in Fountain Hills, Arizona, clocking a spectacular 12 hours, 58 minutes and 2 seconds—a full 3 minutes faster than the previous course record held by Patrick Reagan since 2017. His time is also the third-fastest one-hundred mile time for men in North America this year. Jonathan Rea out of Boulder, Colorado, secured his second Golden Ticket of the year (he also won Bandera in January) in 13 hours, 5 minutes and 58 seconds, the third-fastest time the course has ever witnessed.​​ Rea’s time is the fourth-fastest male time on the continent this year. The defending champion Arlen Glick out of Massillon, Ohio, was third in 13 hours, 25 minutes and 48 seconds, the sixth-fastest time ever seen at the Jundred. Devon Yanko from Howard, Colorado, dominated the women’s race, winning by 45 minutes in the second-fastest time in the course’s history, 14 hours, 36 minutes and 10 seconds. Her time is the fifth-fastest one-hundred miler clocked by a woman in North America in 2022. Riley Brady of New Hope, Pennsylvania, chose to enter themselves in the women’s Golden Ticket race and therefore secured second place in the women’s race in 14 hours, 15 minutes and 43 seconds. Third place was former Arizona resident Nicole Bitter now living in Austin, Texas, besting her previous course PR by just over a minute and clocking the fourth-fastest women’s time on the desert course ever in 15 hours, 16 minutes and 25 seconds. Full one-hundred mile results here. 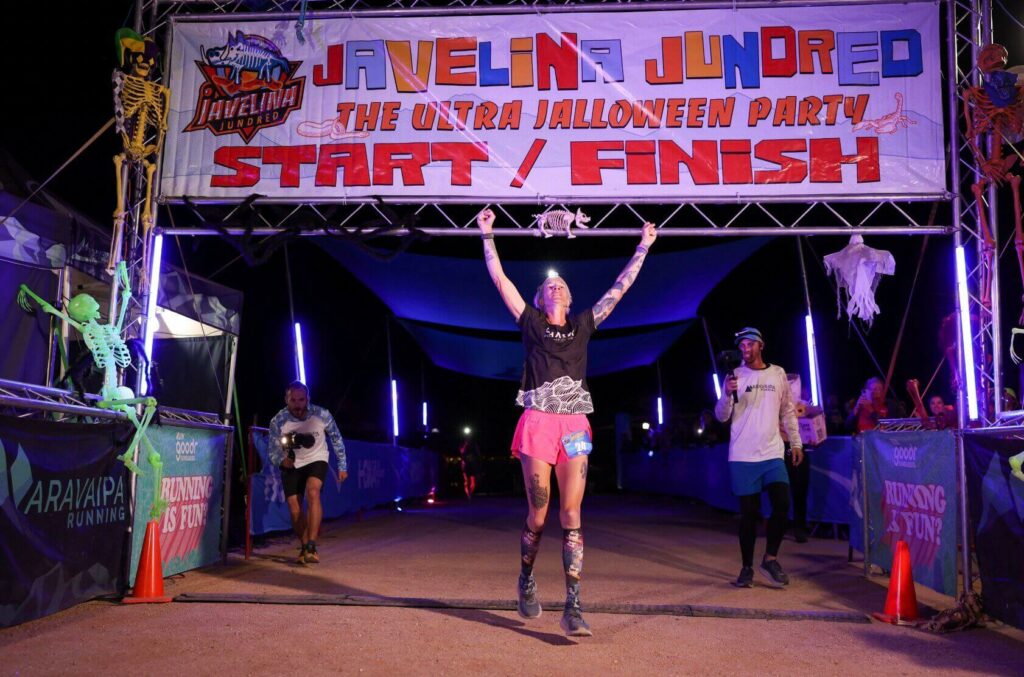 In the accompanying 100k race, Lotti Brinks also of Austin, Texas, took the title, second overall and set a new course record of 8 hours, 36 minutes and 1 second in the process. Second place was secured by Flagstaff, Arizona, resident Sarah Ostaszewski in 9 hours, 40 minutes and 18 seconds, and third place was Rachael Norfleet of Belgrade, Montana, in 10 hours, 7 minutes and 43 seconds. For the men, Scott Traer originally from Woburn, Massachusetts, won in a new course record time of 7 hours, 31 minutes and 46 seconds, Avinoma Maier of Scottsdale, Arizona, was second in 10 hours and 6 minutes, and Michael Tomchaney also of Scottsdale was third in 10 hours and 27 minutes. Full 100k results here.

The Chicago Lakefront: Fall Version 50k/50m races entered their 23rd year and like all of the previous races mentioned, saw a new course record. Nolan McKenna from Winfield, Illinois, ran what appears to be the fifth-fastest men’s 50k in North America this year and also established a new fall record on this course in 3 hours, 4 minutes and 48 seconds. Jacobus Wijpkema out of Chicago was second in 3 hours, 46 minutes and 51 seconds, and Brian Robinson also from Chicag rounded out the podium in 3 hours, 50 minutes and 59 seconds. Victoria DiGiannantonio out of Chicago laid claim to the women’s title in 3 hours, 56 minutes and 3 seconds, Aimee Haraf from Palos Park, Illinois, was second in 4 hours, 22 minutes and 11 seconds, and Paige Douglass was third in 4 hours, 26 minutes and 45 seconds. All three women were in the top ten overall. Full results here.

The Triple Lakes Trail Race 40-miler in Greensboro, North Carolina, the Kansas Fall Ultra Extravaganza 50k/50m/100k in Ottawa, Kansas, and the Killer Creek 50k in Waxhaw, North Carolina, are already live on our Race Results page. Keep your eyes peeled for more results tonight and tomorrow as they get uploaded.

Did you race this weekend somewhere else? Be sure to drop a note below and let us know how it went, as well as a link to results if you have it. If you’re racing on the first weekend of November, make mention of that so we can include a shoutout for you in Wednesday’s What’s Up In Ultra, too.