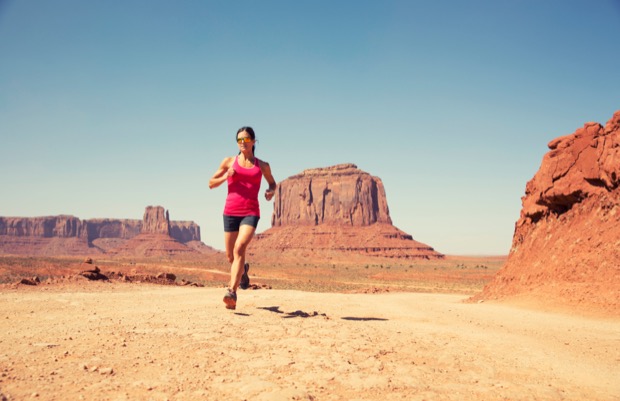 Training On The Go

Running consistently, logging at least a moderate number of miles, and including high-intensity sessions each week—all part of a balanced running schedule—are difficult enough to incorporate into one’s daily life when it is filled with just the basics: work, family, friends, and one’s countless other obligations. The task of maintaining a fruitful training regime becomes an even more arduous task when life is lived on the go. Whether traveling abroad for pleasure, traveling for work domestically, or commuting locally for long hours each day, one’s time becomes more limited and, as a result, one’s training and fitness are more likely to be compromised. In an effort to sustain a consistent and productive training regime while on the move, consider the following five tips.

Since travel plans might take longer than expected, and new responsibilities might arise during the day, running early in the morning—during the window of respite from our seemingly omnipresent commitments—is the safest way to ensure that you will have time for a run. Plus, at the beginning of the day, you are more likely to have the energy needed to push through a hard workout or a longer run. To get the most out of yourself, rise early and run before the day wears you down.

Commit to a run

Rather than thinking, “I’ll run at some point tomorrow,” commit to an exact start time the night before. Visualizing the next day’s run by determining the time you will run, the distance you want to run, and a possible route, makes the activity more tangible and easier to realize. If you make decisions about your run the day before and mentally commit to those decisions, then you will be more likely to follow through—or at least get out the door—the next day.

Runners tend to be goal-oriented people, and since setting a weekly schedule is like setting a handful of small goals, runners feel a drive to fulfill the weekly schedule they have set for themselves. So committing to a weekly running schedule increases the chances that you will adhere to a consistent running routine. Determine a certain number of miles and workouts for the week and have a goal each day for your run.

Stick to the schedule

Excuses come easy. It’s all too simple to come up with a reason not to run. But sticking to a running schedule is important, since otherwise you are likely to log fewer miles and lose fitness in the process. In an effort to keep to schedule, write your weekly schedule down, or plug the schedule into your phone, and you will feel accomplishment in achieving your goals, which will further motivate you to continue and improve.

Plans don’t always go according to plan: you get to bed late and need an extra hour of sleep in the morning; you wake up to rain and feel unmotivated; you schedule an afternoon run but end up on a conference call. When things don’t go according to schedule, it’s important to be flexible: find a gym and hit the treadmill if the weather is sour; run at night if the day proves too busy; cross-train or go for a long walk if you’re feeling tired. By being flexible, you can more easily find the time and motivation to train.