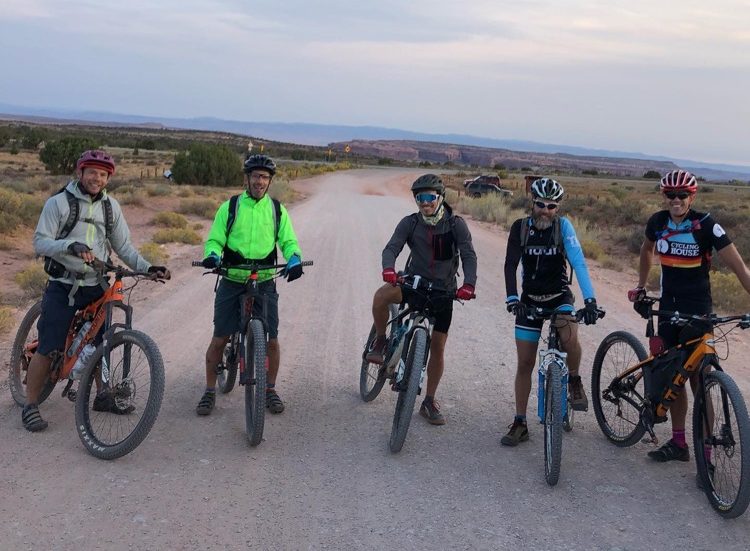 While most mountain bikers ride the iconic, 100-mile White Rim jeep road through Utah’s Canyonlands National Park over a period of three days and two nights, a smaller subset rides WRIAD (White Rim in a Day). And yes, a few crazies have run this loop in one push, too. Big props to Kevin Hadfield on his unsupported FKT of 21hr 25min 6s set right before the pandemic hit last February.

Riding WRIAD has been on my to-do list ever since moving to the southwest in 2012, and at the beginning of 2020, I decided to finally conquer a couple of cycling adventures including the White Rim. After a canceled trip last April, in October I was able to gather four like-minded friends to join me. As our group consisted of four ultrarunners: Kyle Curtin, Victor Ruggiero, Joe Chapin and me, and one ironman, Joel Homan, we went for the day trip, which meant loading up our bikes and packs with six liters of water each (plus one beer), as well as plenty of snacks to last at least 12 hours.

Our campsite the night before the ride was on a big slab of slickrock at the top of the Mineral Bottom climb, which is where we started and finished our adventure. We decided to ride clockwise and start with the easy road riding first, for a nice warmup.

After the initial 20 miles and a quick flat repair, we began our plunge down Shafer Trail and onto the White Rim proper. Our group stayed relatively close together for most of the day, stopping every 10-15 miles or so to regroup, which usually meant waiting for me if the previous section was anywhere near technical. With my technical riding skills being about on par with my technical running skills and the 31-year-old Bridgestone MB3 that I was riding, let’s just say that endurance was not my limiting factor.

Up and down and through the sand we rode, stopping occasionally to take in the views, and eat and drink a bit. Highlights along the road include Musselman Arch, expansive views of the Colorado River, Washer Woman Arch and Soda Springs Basin. 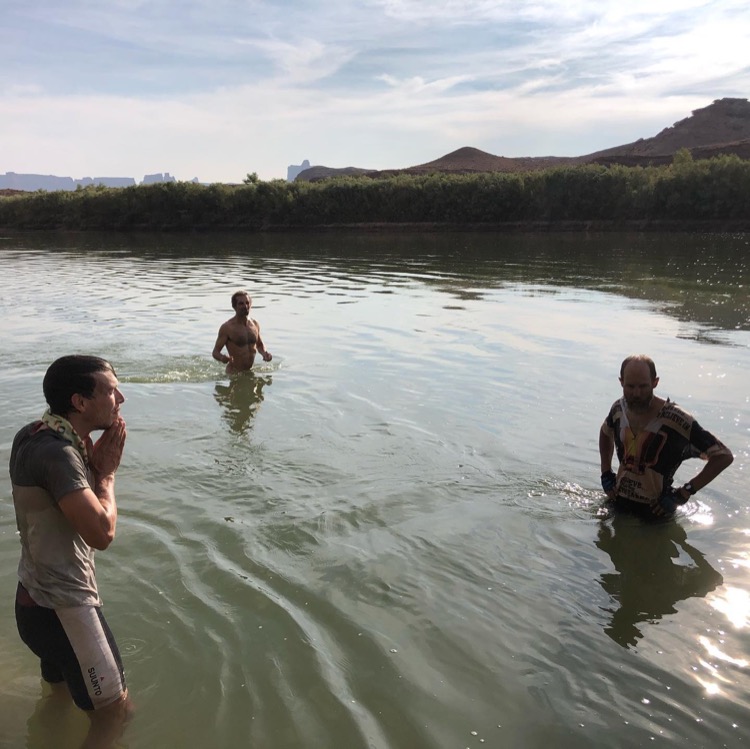 Somewhere around the 50-mile mark, Joel decided to stretch his ironman legs a bit, and, well, we didn’t see him again until the finish. After the tough climb up Murphy’s Hogback (that I’m pretty sure only Victor cleared), we took a longer break to find a little shade and enjoy some beer. The best break of the day came at Potato Bottom Campground, where we walked down to the Green River for an impromptu, refreshing swim. It felt so good to get the sweaty grime off before the final 15 miles, despite having to see Victor’s bare butt, however I kept all of my clothes on so I could take advantage of the cooling effect while riding.

At the base of the Mineral Bottom climb, we had a surprise aid station where Joel’s wife, Danni, and Joe’s girlfriend, Leslie, were waiting for us with cold water and a chance to ditch our packs. Joel was there, too, as he drove down immediately after finishing his loop, which was fortunate for me as he literally gave me the shoes off his feet after one of my cleats broke. And for Joe, it was a nice place to call it a day.

I took advantage of Kyle and Victor not paying attention, trying to attack the last three miles and 1,000 feet of gain. Kyle’s youth (and strength and physical ability) smacked me down, but I was able to stay ahead of old man Victor, heckling him from high above on the switchbacks.

And then, just like that, we were back at camp 13 hours after we started, toasting beers, stuffing our faces, and giving beta to other friends who were doing the loop the next day, just as the sun was setting. 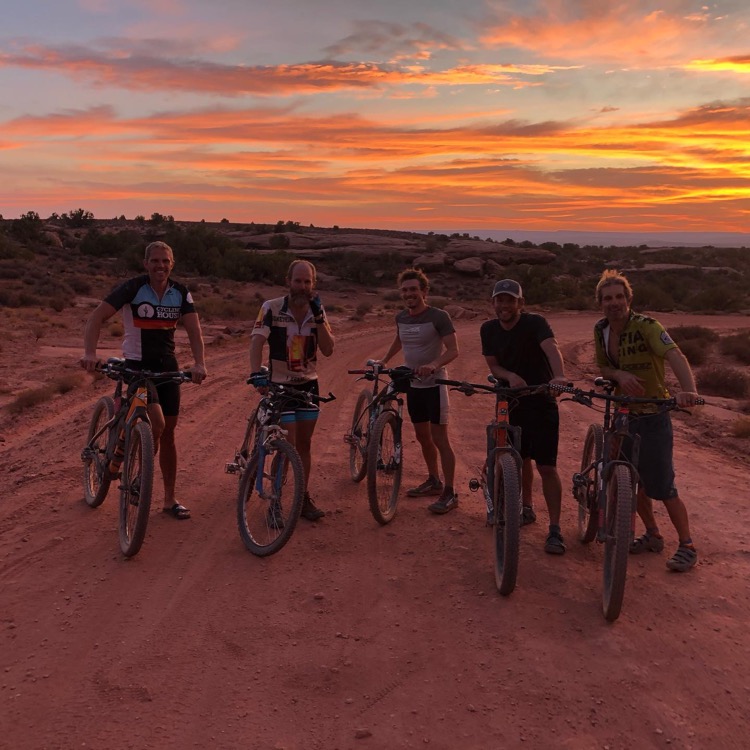 Sean Meissner has been coaching runners of all ages and abilities, and distances and terrain, since 2002. He is the founder of the Peterson Ridge Rumble and has over 250 (ultra)marathon finishes. Sean coaches through Sharman Ultra, and works and plays, mostly with his dogs, in the mountains surrounding Durango, CO.

Aloha!
4-wheeled and thru-hiked/ran the White Rim back in the 70’s and 80’s before there was a campground at Murphy’s Hogback or any cyclists in caynonlands. Lin Ottenger was a local guy who gave tours on the White Rim in a Volkswagen Van with a sun roof.