Schide and Mendoza named #9 2018 UltraRunners of the Year 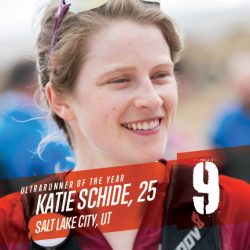 Katie Schide is the ninth ranked runner for 2018. She won two major European races—the Madeira Island Ultra in Portugal, and the MaXi Race International in France. Katie was also second at the Courmayeur-Champex-Chamonix (CCC) 101km. Originally from Maine, Schide is currently living in Switzerland where she is studying for a PhD in geology. Photo: atoutboutdechamp.com 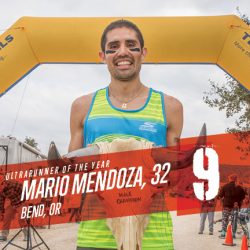 Mario Mendoza came in at number nine in the men’s rankings. Mendoza won the Bandera 100K, set a course record at the venerable McKenzie River 50K and won the Ultra Trail de Mexico 100K. He was the top American with a sixth place finish at the World Trail Championships in Spain and third at the Lake Sonoma 50. He suffered a DNF at Transgrancanaria 125km when the airlines lost his luggage and he was forced to run in borrowed gear. A native of Cambria, California, Mendoza now lives in Bend, Oregon with his wife Jade and newborn son, Jaír. Photo: Myke Hermsmeyer