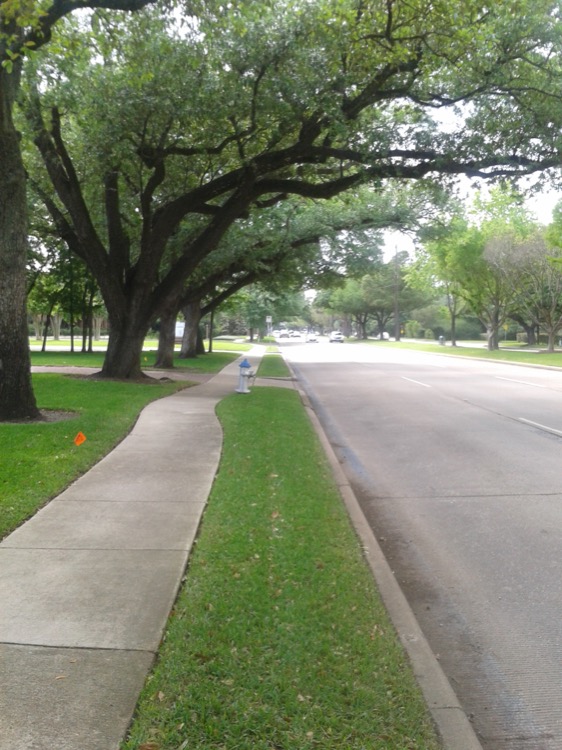 Urban and suburban runs on heavily travelled streets can be green and pretty. Photo: Lee Norris

In this setting, a runner has three choices:
1) Endless repetitions around a park or bike trail until every root, pothole, and squirrel become close personal friends.
2) Driving somewhere to run, which means less time to run.
3) Making peace with concrete and asphalt and running on streets and sidewalks.

Option 3 has surprising rewards but requires special skills to avoid becoming a car hood ornament. After 40 years of running somewhere between 60,000 and 80,000 miles, 75% of that on asphalt or concrete (mostly in Houston – not the world’s most pedestrian-friendly city), I have several suggestions in various categories: 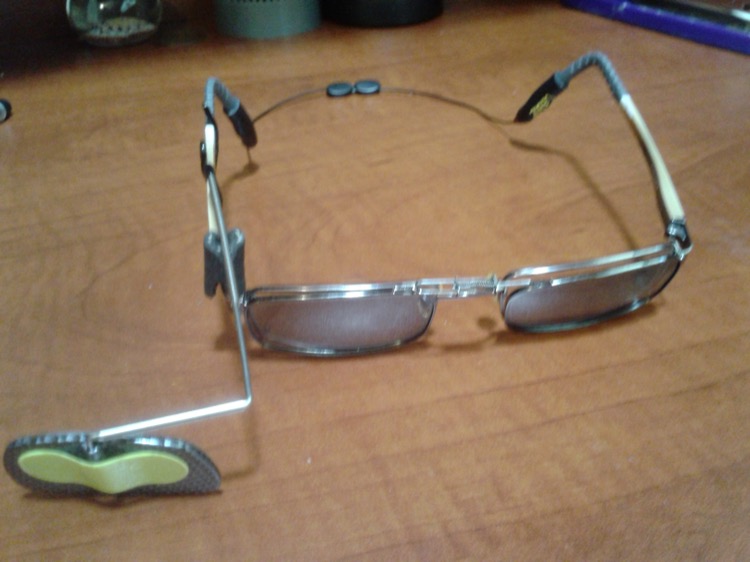 My eyeglasses with $15 polarized clip-ons and rear-view mirror attached to the right temple. Note reflector on the back of the mirror. Photo: Lee Norris 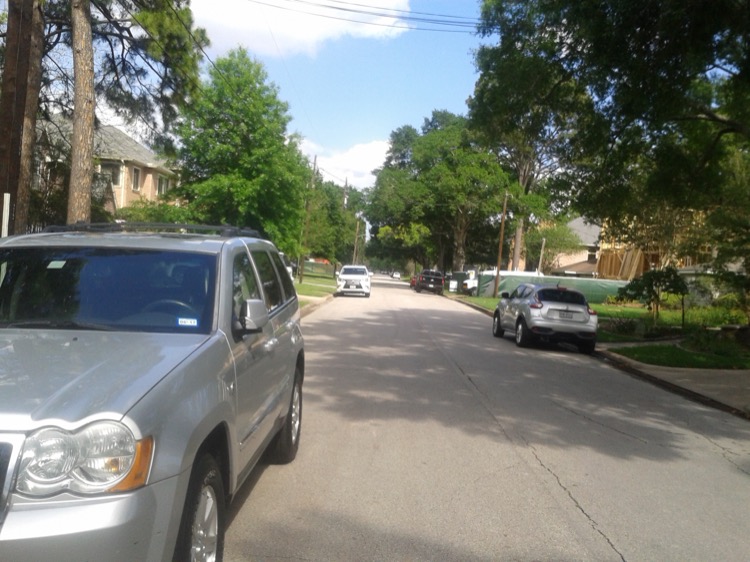 A rear view mirror lets you see your most vulnerable area: what’s behind and to your right and can be particularly useful on residential streets with no sidewalks and lots of parked cars. Photo: Lee Norris 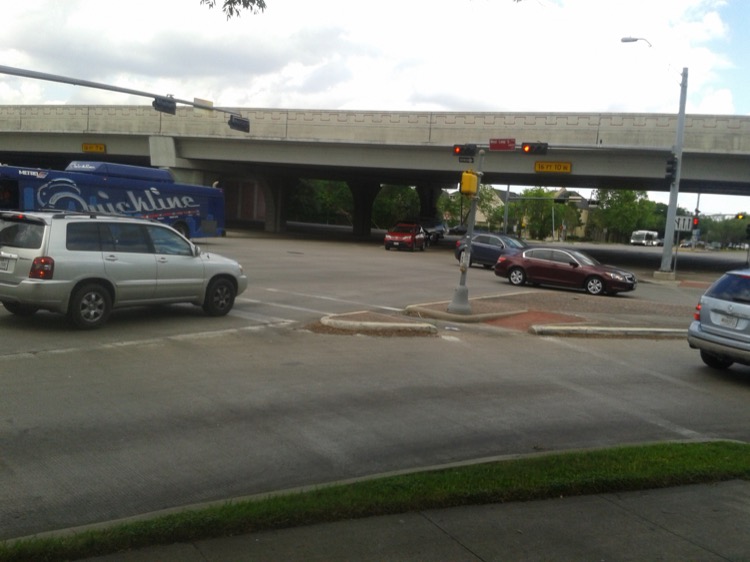 The Joys of Urban/Suburban Running

Running on asphalt and concrete is really not as dangerous and scary as I have depicted it. You just have to be a little careful out there. There are several compensations that cause me, at least some of the time, to enjoy city running more than trail running.

Exercise a little caution and have fun out there!

It is sort of tacky to comment on your own article, but my daughter raised a very good point on the Drivers-exiting-a-parking-lot-item. When you pass behind the first vehicle exiting the parking lot, you can neither see nor be seen by drivers entering the lot, particularly if they are in a truck, van, or SUV (75% of the vehicles in Texas). Stop and peer around the vehicle you are running behind and be sure that no one is entering and crossing your path before you venture forth. Not doing so is a good way to get squashed. I should have put that in the original article.

I hope this post gets lots of comments, both positive and negative. I surely left stuff out and welcome additions and disagreements. Discussion makes everyone safer.