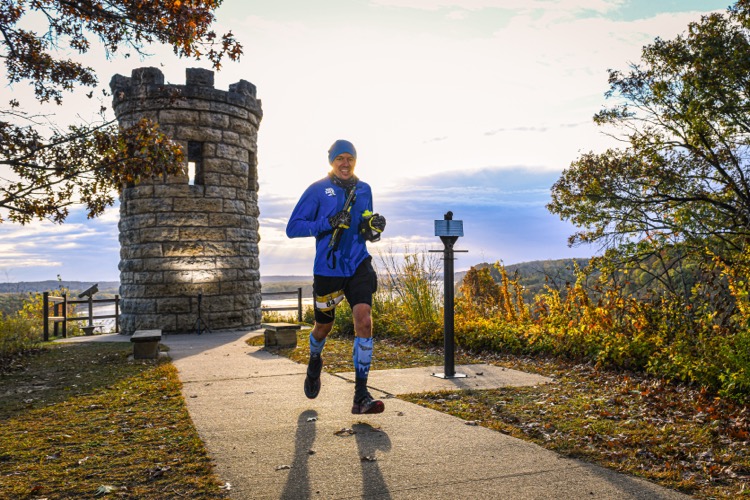 Running the Mines of Spain

Two years later, a Canadian-French fur trapper and trader, Julien Dubuque, had put down roots among the Mesquakie (better known to history as the Fox) on the west bank of the Mississippi, creating what would eventually be the first European settlement on Iowa territory. Dubuque noted the Mesquakie were successfully pulling lead from pit mines in the area around Catfish Creek and applied for a grant from the Spanish to start his own mining operations. The grant was made provided the 189-square mile tract of land be designated “the Mines of Spain.”

Today, we have Dubuque, Iowa, which actually owes part of its prosperity to the mid-nineteenth century mineral mining that continued beyond Julien Dubuque’s day. We also have the 1,432-acre Mines of Spain State Recreation Area, which stretches south of Dubuque over rugged, wooded Mississippi River bluff lands, which includes the iconic stone tower high above the river that houses the gravesite of Julien Dubuque. 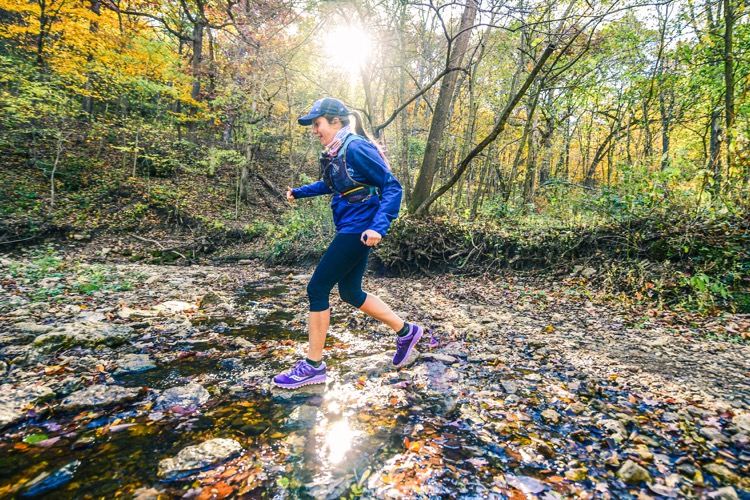 The Mines of Spain 100 makes excellent use of the area’s colorful history, and the beauty and variety of habitats of the natural world there with a 20-mile, loop course that is repeated for the 100k and 100-mile distances. Add to that, stellar race organization, great volunteers and exceptional runner support, including a great menu at the aid stations (pulled pork sandwiches!), and it all adds up to a cool event that is likely to become a fixture in Midwest ultrarunning.

The course is roughly in a figure-eight pattern, with out-and-back sections and other parts being shared by runners going opposite directions. As a result, during the first 20-mile loop, runners tend to pass by the same people over and over again, but as time goes on and all the waves of runners doing both distances get mixed together, new faces start showing up right through to the end. In fact, I finished the last mile of the race with a couple of runners who I hadn’t seen the entire 30 hours I was on the course. 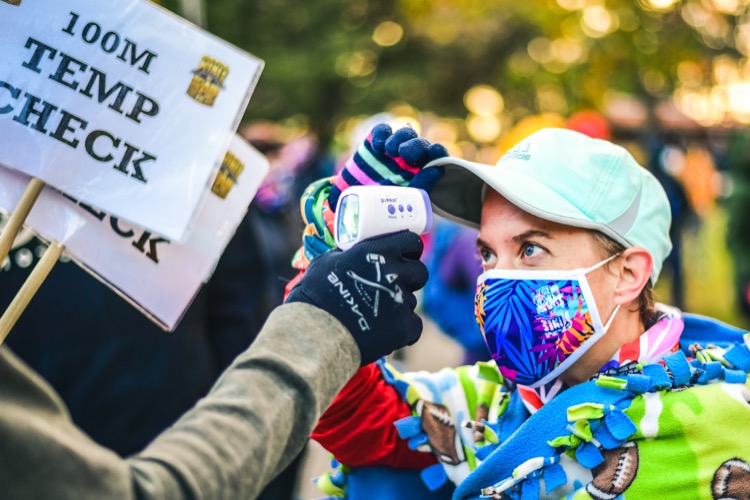 Andie Bennett of Sioux Falls, South Dakota gets her temperature checked at the start line, just one of the Covid-19 precautions initiated this year by the race organization.  Photo: Rick Mayo | Mile 90 Photography

The start/finish was situated in Louis Murphy Park. Runners leave the park and immediately drop down a serpentine bike path into Riprow Valley, named for the practice of ripping rows of earth aside to expose the lead beneath. A short stretch of asphalt road led to a tunnel, and past that was the Mines of Spain Recreation Area. It offered a fantastic view across the Mississippi with a glimpse of the handsome Julien Dubuque Bridge upriver, and Illinois and Wisconsin in the distance. Soon we made the climb up the bluff to Dubuque’s tower and then back down the other side past imposing Horseshoe Bluff to the vast network of dirt, grass and rock trails that run throughout the hilly park which included numerous sets of steps formed of calcite rocks, metal grates, heavy wooden beams, planks or cement. 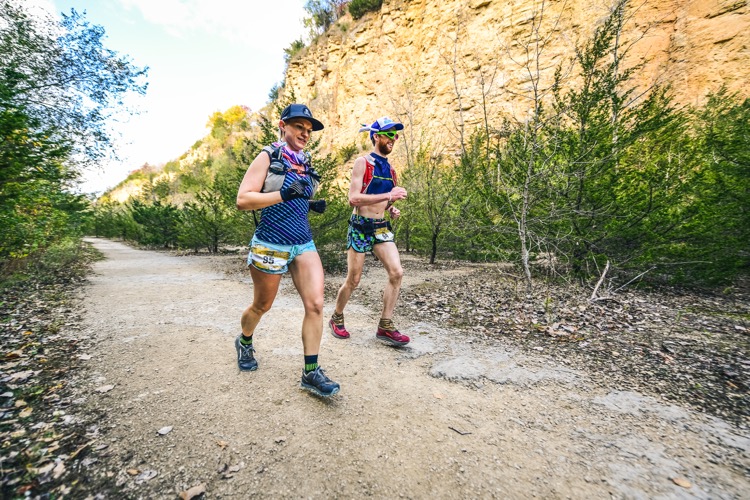 The race is not without its challenges. All the hills, repeated five times for the 100-mile, make for a substantial 14,000 feet of elevation gain with a majority of that coming in the form of steep stair climbs. Not much of the trail is technical, but there are long stretches through the forest where jutting rocks and roots combine with a sprinkling of fall leaves to set up hidden trip hazards. I took more than one fall, including one crash that was so disorienting, I got up and ran off the wrong direction down the trail.

Race Director Joshua Sun, who was a sparkplug of enthusiasm, predicted on the Mines of Spain website that the race would be “safe and rewarding.”  I think the race staff and volunteers earned a big check on both counts.

This was my first 100 miler. It was a wonderfully organized race with excellent volunteers. I highly recommend it!