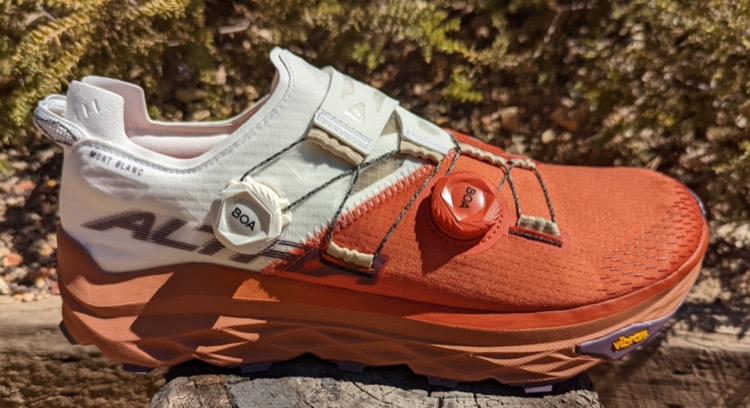 This summer we reviewed the debut Altra Mont Blanc, a trail model built for racing and tested extensively by Altra’s elite athlete team. The shoe generally performed very well in our testing, with one primary drawback being that the fit of the ultra-lightweight upper could be tricky. Some of our testers had difficulty keeping the fit secure on technical terrain. At the time, Altra had already announced that a BOA version of the shoe was in the works, but its release date would be later in the year. We’ve now had the opportunity to test the BOA model to offer some points of comparison.

To avoid redundancy, we’ll refer you to our original Altra Speed Running Shoes Review which has a full rundown on construction of the original Mont Blanc. From the midsole down, the BOA version of the Mont Blanc is the exact same as the original: a 30mm stack-height, zero-drop platform of high performance EGO Max midsole compound with a slight rocker geometry, above a Vibram Litebase outsole with 3mm lugs that have strong grip in a variety of conditions. Otherwise, we’ll focus more specifically on the upper for the remainder of this review. 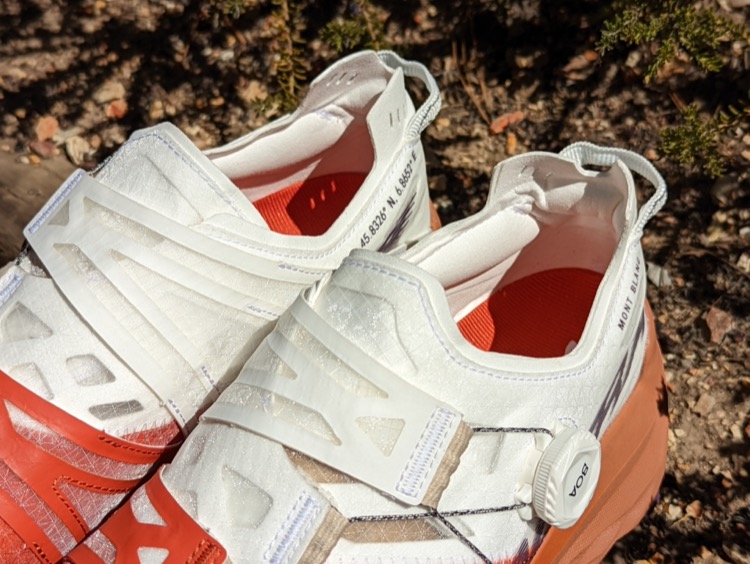 Similar to the original Mont Blanc, the BOA version shoe has a very thin, ultra-lightweight upper that has great breathability while staying resistant to rocks and other rough terrain. The ankle has a thin edge that meets the foot seamlessly without any barriers, with light padding around the ankle to stay flush with the foot and keep large pieces of debris from entering the shoe. Dual BOA L6 dials allow you to customize the fit in both the forefoot and midfoot, along with a PerformFit system that wraps around the foot in place of a traditional tongue. These dials have only one-way adjustability, unlike the bi-directional Li2 dials found on Speedland shoes, but they are highly effective at keeping the forefoot snug and secure without the pressure of a traditional lacing system against the top of the foot. We found that the dials can become a little harder to adjust when dirt or dust gets embedded in the dials, but this is only a subtle challenge and the dials can be easily rinsed with water as needed. 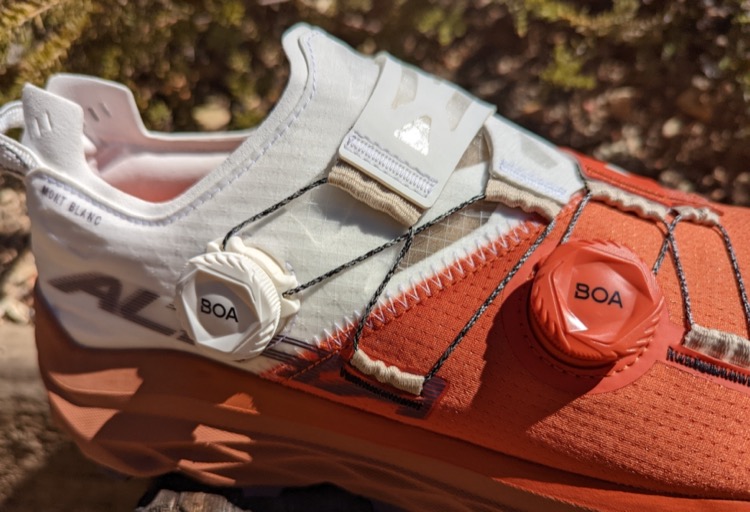 There is definitely a noticeable difference in fit between this BOA system and the original Mont Blanc shoe, particularly with agility on tricky footing. The whole lacing system maintains a minimalist feel, almost to the point of forgetting the shoe is on, due to a lack of rubbing against the foot. However, one caveat is that testers with narrow feet might have some trouble tightening the system down far enough to get a really secure fit, which proved to be an issue for one of our testers on rocky descents. 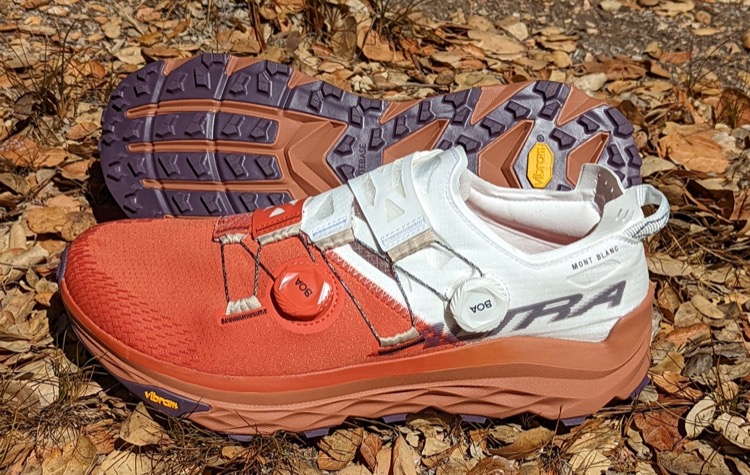 The colorways on the Mont Blanc BOA are similar for men and women, utilizing a sharply contrasting scheme of white with burnt orange (Altra calls it Maroon Bells, perhaps in homage to their Colorado HQ), creating an arrow-like dynamic look. One more noteworthy distinction in this shoe compared to the original is that the BOA dials add a bit of weight—both in price ($30 higher than the laced version) and in actual ounces. The men’s BOA version of this shoe is about 1.5oz heavier than the laced version, and the women’s is more than 2oz heavier. Our verdict is that the improvements in fit justify an increased spec weight, but the extra weight also pushes this shoe somewhat away from the racing category and closer to the training category. Nevertheless, the BOA version is still an outstanding race shoe, even without being the lightest one on the trail.

The Altra Mont Blanc BOA is available in men’s and women’s versions from www.altrarunning.com.