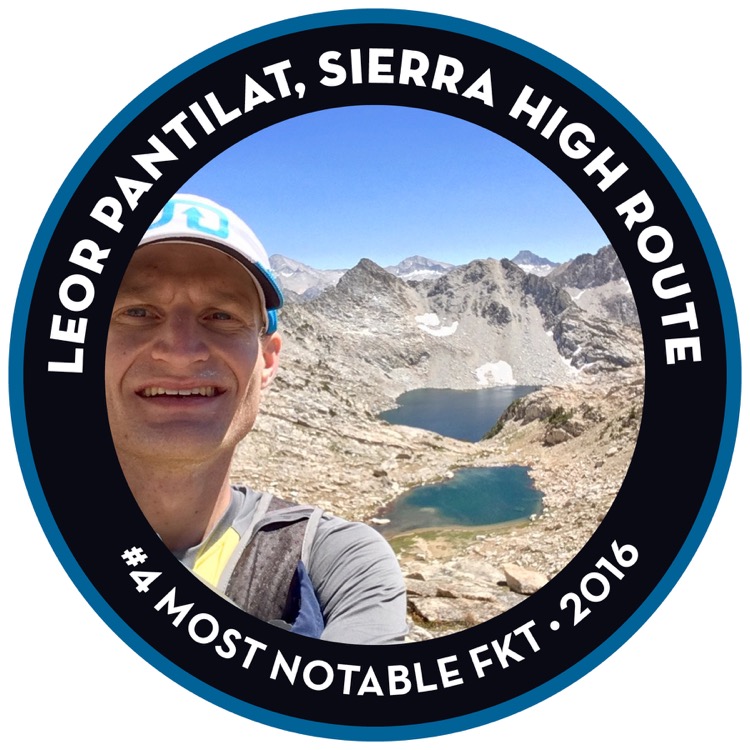 Pantilat and Johnston named #4 Most Notable FKT of the Year

The man who knows the Sierra’s better than anyone now has the FKT on both the John Muir Trail and the much harder and higher SHR, which roughly parallels it. This is its first “serious” effort, taking a huge three days off the previous time. This terrific route sees a tiny fraction of attention compared to the JMT, presumably because it requires much more navigation and ability to move efficiently on 3rd class terrain. Pantilat covered the 195-mile route Unsupported in 4 days, 16 hours, 21 minutes.

Leor Pantilat is a 32-year old corporate attorney living in San Carlos, CA with a strong ultrarunning resume, including two wins at the Way Too Cool 50K and the Quad Dipsea. Around 2013 Pantilat shifted his focus to solo efforts on long trails, mostly in his home state and the Sierra Nevada mountains.

This is a mind-bending effort by possibly the foremost female adventure-runner of her generation (Hardrock 100 win, JMT record, and more), but who many people may have never heard of. The “Grid” is to summit all 48 of New Hampshire’s 4,000 foot summits during every single month of the year. Seventy people have a Lifetime Grid. Sue was the first to attempt a Calendar Year Grid. She reported hiking 3,159 miles and climbing 993,970 feet of vertical over 205 days.

Sue Johnston is a 51-year old resident of New Hampshire with over 70 ultra races completed, including 13 100-mile wins, among those Johnston won Hardrock twice and Masanutten five times. Johnston also has completed the Barkley “fun run” (60 miles), on two occasions.