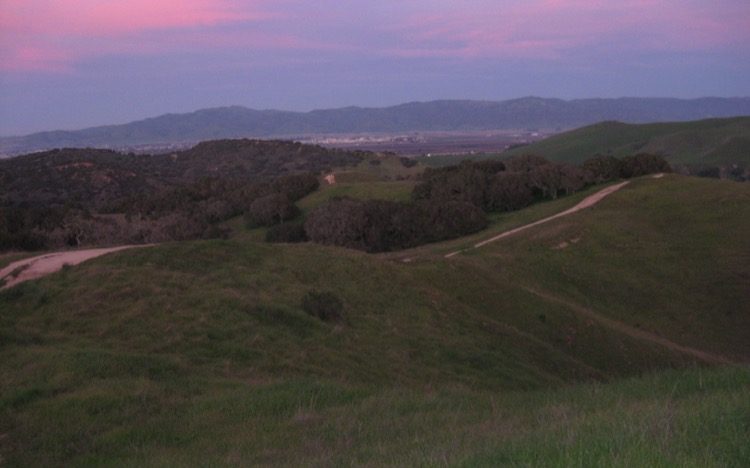 Fort Ord Trail runs take place in Monterey, California, on the first weekend of February each year. It’s just a short drive south from San Francisco and runners can choose from a 100K, 50K, 25K or 10K, or run your ultra and let the rest of the family run the shorter distances. (Technically the races are named Ordnance 100K and Fort Ord 50K/25K/10K. They’re staged by Inside Trail Racing and are all run simultaneously on the same trails.)

Monterey sits right on the Pacific, well out of the snow zone, so runners usually experience moderate temps in the 70s, most likely sunshine, and picturesque hillsides covered in fresh, green grass and wildflowers. Fort Ord is a vast decommissioned army base.  You’ll find forests of rare Monterey oaks, their twisted branches growing down to the ground, rooting, and then growing back up into the sky. You’ll thread through weird stands of Manzanita trees with naked purple trunks. 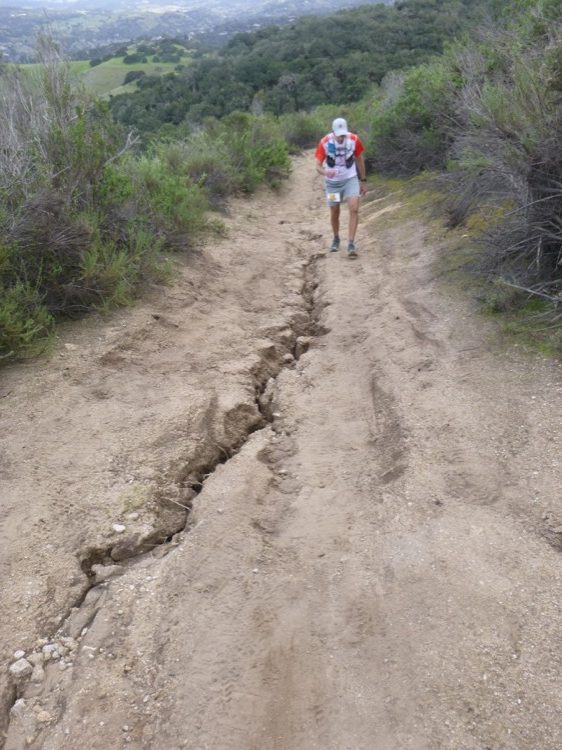 The course consists of craggy jeep roads and miles of sweet single track winding through meadows of fern and tule rushes past vernal ponds and lichen-splotched rock formations. You’ll even catch a glimpse of Formula One race cars careening around the Laguna Seca Raceway where the trail runs begin and end on a hill above the race track.

For early February, it’s a big event that attracts over 400 runners total, but only about 50 take on the 100k each year. The area officially became the Fort Ord National Monument in 2012, preserving over 10,000 acres of prime coastal California landscape.

The 100k begins in the dark with a three-mile plunge down a jeep road into the heart of the park. There are two loops that visit the northern part of the monument on twisting single track through mixed chaparral of woody shrubs. The sandy soil in Fort Ord sops up water like a sponge so even heavy rains produce little mud.

At 20 miles, runners transition over to the big 20-mile southern loop, which is done twice, filling the afternoon and evening up to 10:30 p.m. for the back of the packers, so there is a long finish in the dark over the most rugged and challenging trails. The big loop is very hilly, with some long climbs and lots of steep ups and downs but the vistas from the ridgetops to the valleys below and to the Pacific are fabulous. The 50k visits most of the same terrain but without the second trip around the big loop. 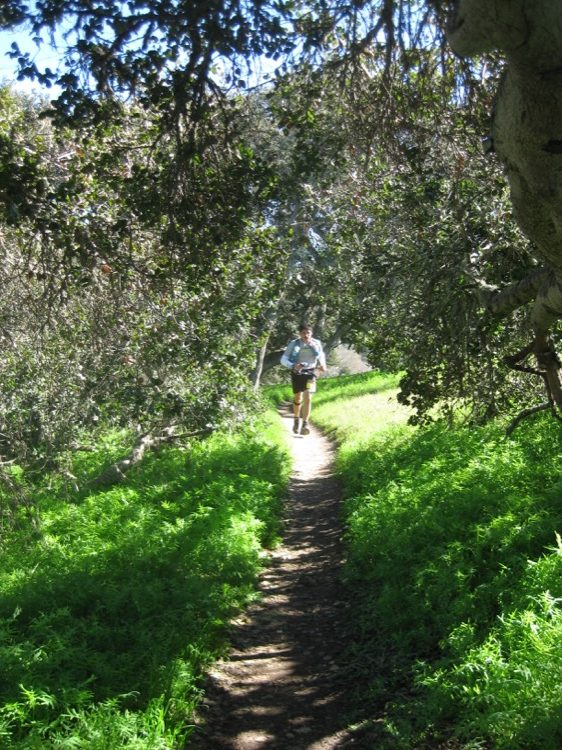 The course is well marked and the aid stations are plentiful and well supplied. The finisher’s shirts are attractive and something you’ll want even if you have a drawer full of race shirts back home.

Once the home of the 7th Light Infantry Division, Fort Ord was a key training ground for troops on their way to Vietnam and prior to that, for service in World War II. The base’s backcountry was left mostly in its natural state to provide a rugged setting for practicing warfare, although you might notice some large concrete buildings in a valley that are a MOUT (Military Operations in Urban Terrain) training facility—a whole fake city for practicing urban warfare.

The running community in the Monterey area is robust due to nearby Carmel being the home of the Big Sur International Marathon. While you’re out here for the trail runs, you can drive down the Big Sur coast and have a look at all the scenery that makes the marathon so famous. There is also the world class Monterey Bay Aquarium, shopping in Cannery Row and in Carmel-by-the-Sea to enjoy. Plus, early February is one of the few times of the year the place isn’t jammed with tourists, so you’ll find good deals. But most of all, come to experience one of the most rewarding 100ks you’ll ever find and shake off those winter doldrums.