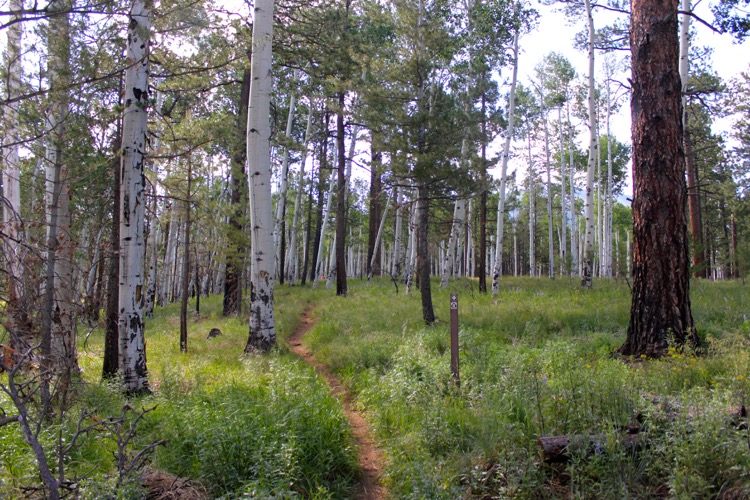 With virtually all races canceled due to the COVID-19 pandemic, we organized – okay, “organized” is probably too strong of a word – a FatAss 50K for runners to celebrate on the day that Western States would have been run. Completely tongue-in-cheek, we called it the “Not Exactly Western States FatAss 50K,” (or NEWS 50K) run entirely on the Arizona Trail just north of Flagstaff, Arizona. The course was moderately difficult, with about 3,000 feet of climb at elevations ranging from 7,200 feet to 9,000 feet.

Of the 28 runners (and Michael Cady’s dog, Bear) who completed the entire route, two of them – Jeff Thompson and Kimberly Swearingen – completed their first ultra. Several other runners took advantage of the aid and ran part of the route. The first to finish included Drew Frehs, who came in at 3:55:52. Janet Bain was the first female finisher in 5:29:56. 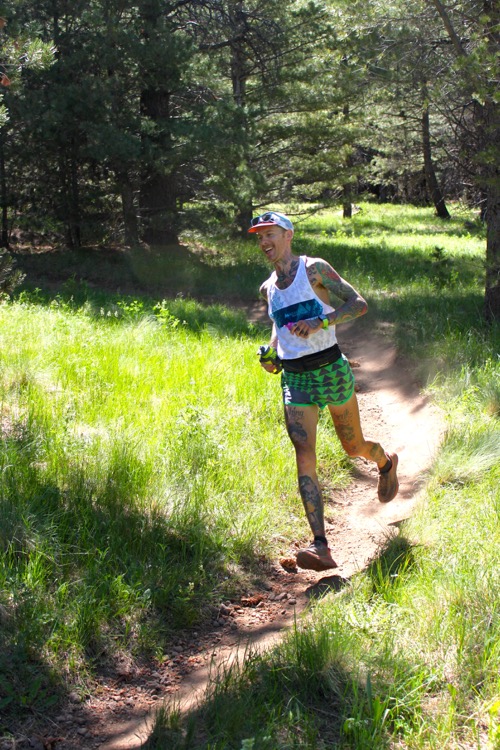 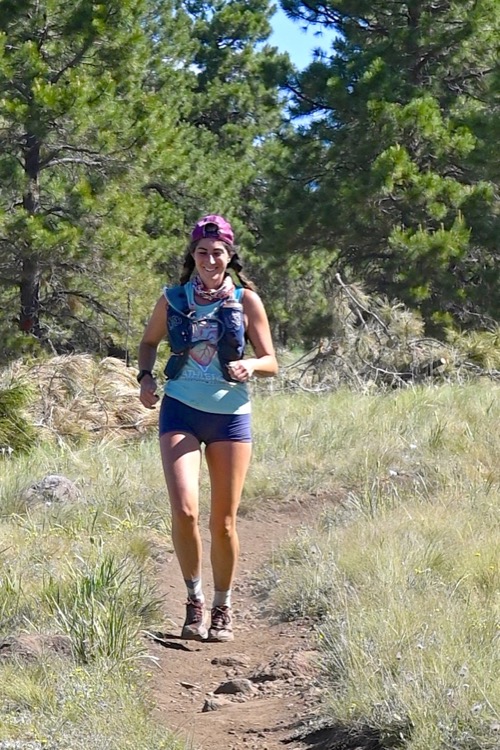 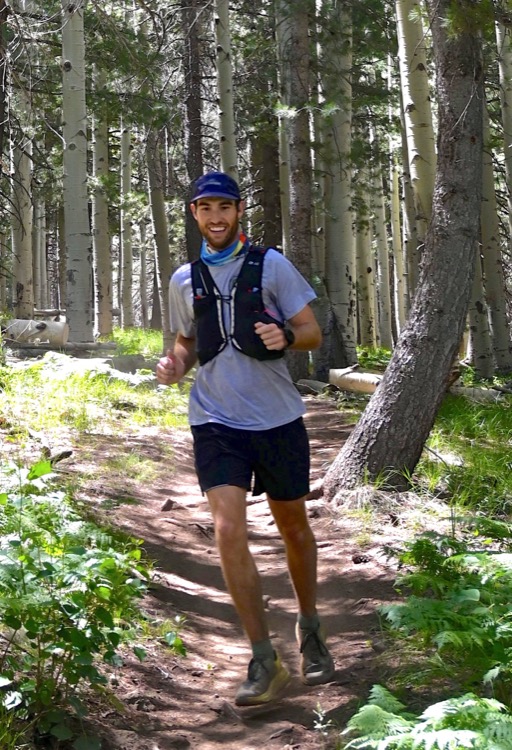 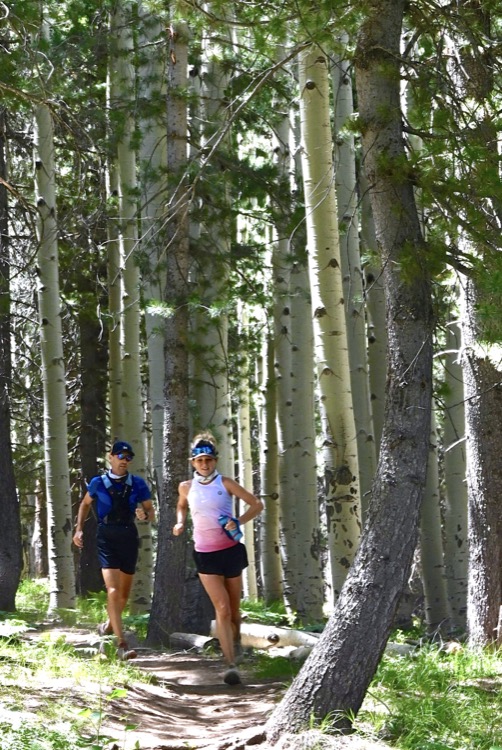 Nicole and Zach Bitter in the aspens. Photo: Peter Mortimer 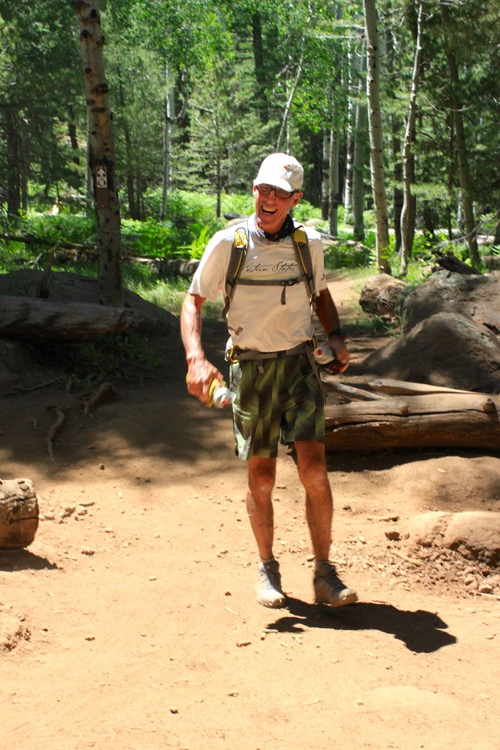 I’m bummed I didn’t hear about this race in my back yard ultimately, I would have loved to join! I’m happy to hear peeps are still getting out and racing amongst each other such beautiful weather here in Northern Arizona! 😊