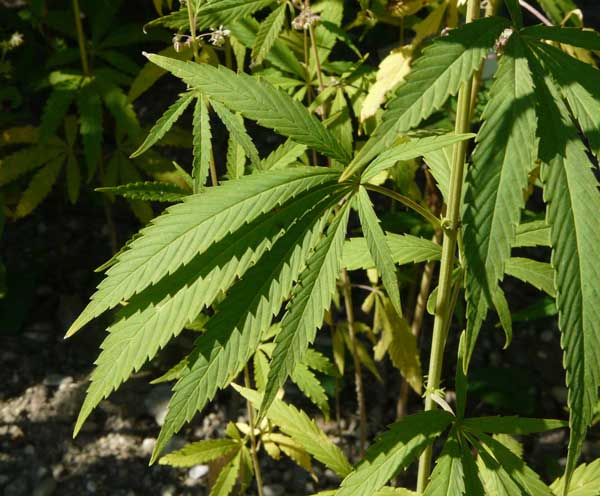 Pot. Toke it or leave it. That is the question. Unless you were baptized by a celibate priest, chances are you’ve toked, like everyone else around you. Heck, even if you haven’t, surely you’ve caught a buzz from the second hand smoke at a Neil Young or Nicki Minaj concert.

The Wall Street Journal published an article this week stoking a debate within the ultra-running community, about using Marijuana. A quote from the piece gives the perspective from a 22 year old “professional” runner – If you can find the right level, [marijuana] takes the stress out of running. And it’s a post-race, post-run remedy. The article’s subtitle asks: For Ultramarathon Runners, Marijuana Has Enormous Benefits—But Is It Ethical?

On the surface it’s an easy question to answer: THC is a performance enhancing drug and is illegal over specified levels in competition, so using it is cheating. Cheating is unethical. Case closed.

But this issue continued to gnaw at me for some reason, and it took me a while to find my voice on this one. I think it was because, initially, I couldn’t see beyond my own jaded experiences on the topic. Starting with seeing my best friend’s house burn down in sixth grade, and then freaking out over a bag of Chips Ahoy in seventh grade. And, possibly, ending in eleventh grade when I stood on the bluff with several hundred people looking down on the Pacific Ocean, and wondering why.

We all have our own reasons for doing what we do. In the end, it is what we take away from these experiences that we call our own. Why do people run ultra-distances? Ask 100 ultrarunners and you’re likely to get 100 different answers.

Stereotyping and generalizations are inaccurate at best, if not a scourge of civilized society. And in the sport of ultrarunning it is pure folly. More so perhaps by highlighting the points of view of a 22 year old “professional ultrarunner.”

Here’s another point of view, but only what I call my own.

It’s well known that marijuana numbs pain, helps minimize nausea and alleviates fatigue. It is often prescribed for people with chronic conditions arising from ailments out of their control. It has been an effective remedy for cancer patients going through the agony of chemotherapy. I love that cannabis helps those that are suffering from disease. I can’t think of a better use for it. After all, it is human nature to want to minimize suffering.

But for ultrarunners? Really? The question no one seems to be asking is why an ultrarunner would want to mask pain or nausea. Why would anyone choose a sport like ultrarunning then turn around and choose to experience less than the real thing? It would be like choosing to be a doctor, but not willing to see human blood. Or choosing to be a boxer, but not willing to take a punch to the face.

I now move to the real question – perhaps the reason why the Wall Street Journal is shining a light on our sideshow in the first place: Why does anyone choose ultrarunning?

I think this is the crux of the issue. For me, it is coming face to face with my own limits– pain, fatigue and fear– and moving through these limits by relying on my own strength. It’s a big part of why I do this stuff. Some of the most memorable moments I’ve drawn from the sport were the most difficult ones, when I’m suffering.

There is a concept in mountaineering called topographic prominence. Peaks with high prominences tend to be the highest points around and are likely to have extraordinary views. These are the peaks that stand out among the rest, not because they are high in altitude, but because they are surrounded by deep, deep canyons and valleys.

The same concept exists in Ultrarunning– call it sensory prominence. And it means if you want to experience the highs, you have to be surrounded by and experience the lows. And these lows, in my humble opinion, should never be numbed or neutered.

It all comes back to what I’ve said before. Ultra runners are really just normal people. But they want something more in life. Something real, not material. Something they have to dig deep within themselves to achieve, and the deeper they dig, the more satisfied they are.

Smoke pot during an ultra?

Will Cooper started ultrarunning with his first 50 mile run in 2006 and since then has completed 28 ultras including ten 100 mile races. Last summer he completed the “Grand Slam” of ultrarunning – four iconic 100 mile trail races in a 10 week span, during which he spent 93 hours digging deep in the mountains and rolling meadows. Cooper writes about his running experiences in An Ultra Runners Blog (www.willrunlonger.com).

Insightful and well stated. Thanks for sharing an original thought on the topic.

You’re drawing an arbitrary line. Is caffeine cRossing the line? If you wanna suffer, don’t eat or drink. Don’t bandage a blister.

While it is against the rules you nailed it Jake. I question how such items as NSAIDS (100% chemical), oxygen tents (0% natural), Lab made electrolyte gyms are any less of a competitive advantage. As a person who loves to compete I follow the rules to a T but by no means do I agree with all of them 🙂

Addictions have a way of sneaking into what we call good habits. Careful!

I think you failed us Will. The big white elepahant standing in the room is this: The damage to your cardiovascular system, the tar, the nicotine, theTHC, and all the other unknown, unidentified chemicals you are putting into your body. Not to mention the addicting qualities of the substance.
When I started running, and long distances, the diet for it came right with it. I realized I needed to feed my self fuel for the lifestyle. I could think of nothing more horrible to ingest than pot.

Good job bringing up a question that is growing in importance. However, some thoughts were simplistic at best and non-sensical at worst: EVERYONE (including the author if I may say so) tries to avoid “suffering and nausea”; if they didn’t they would be clinically classified as a masochist and require professional intervention. The real question on the table is that we accept and recommend some performance-enhancing substances (caffeine), ban others (THC), actually glorify some that are probably performance-reducing (beer), and this is not even mentioning Ibuprofen. Our social and legal mores are all over the map, have no basis in logic, and thus this topic is going to get tossed around like a dirty sock in a washing machine for a long time. Fortunately, I think we’re all OK dealing with dirty socks!

“The question no one seems to be asking is why an ultrarunner would want to mask pain or nausea. Why would anyone choose a sport like ultrarunning then turn around and choose to experience less than the real thing?”

Considering that plenty of ultrarunners will take Ibuprofen during a 100 miler to numb pain; eat ginger to help minimize nausea; take anything from caffeine to SportLegs to alleviate or cover up fatigue… not to mention taking gels, using blister bandages, and everything else we do to minimize discomfort… this is hardly a valid point. If you want to “experience the real thing,” then just go for a run. But for most ultrarunners, there’s balance between pushing one’s limits and minimizing pain and suffering.

Personally, I have no desire to use THC before/during long runs and races, but I think it has plenty of benefits for recovery.

Cannabis, it’s merely a plant, a wild weed. But it produces a range of effects that is unmatched. To some, it’s a blissful release, while for others it’s something that seems to have unravelled their minds, and emptied their lives.