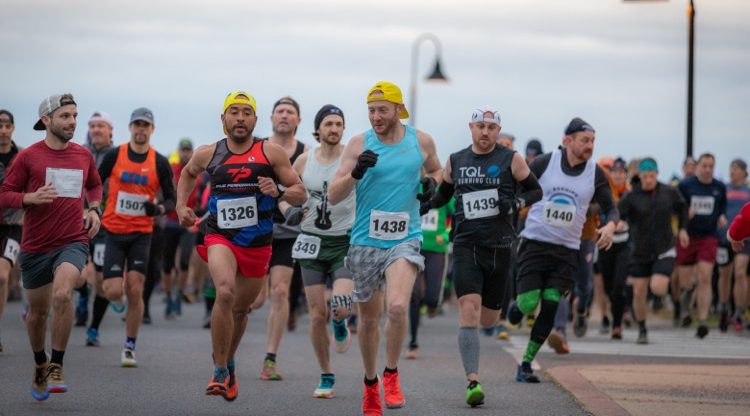 Land Between the Lakes: The Last Race on Earth? 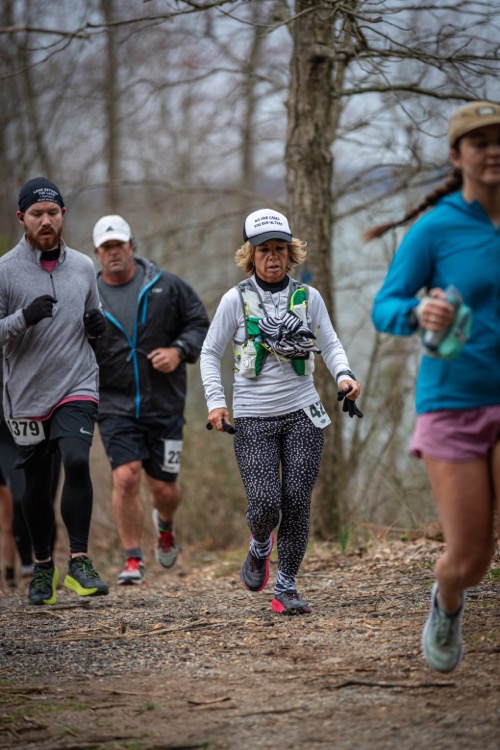 I ran Land Between the Lakes (LBL) in Grand Rivers, KY, for the first time back in 2014—it was my first trail race ever. Trails were never my thing, but the race director happened to be Steve Durbin (or Durb, as runners affectionately call him) whom I consider to be the best RD in the business. His encouragement gave me just enough confidence to get outside of my comfort zone and give trail running a go.

Durb knows how to host an A1 event despite whatever obstacles stand in his way. Amid safety concerns for runners and volunteers in early March, he pulled out all the stops. Durb gathered the LBL race team to help make plans: 100% deferment was offered to anyone who was sick or worried about getting sick, any volunteer in the “high risk” age group was asked to stay home, and the annual pasta dinner was served in to-go containers.

Social hour at packet pick up was limited to grab and go, and hugs were discouraged (yes, hugs are a thing). Aid stations were equipped with hand sanitizing stations and lots of sanitizing wipes. Volunteers wore gloves and had control of all fluids, and food was served in single serve packets or individually wrapped. The race went on with safety being the number one priority.

Toeing the line on race morning, there was rain in the forecast. This is pretty typical for Kentucky in March. What started out as a light drizzle turned into a monsoon, which is also typical. The problem this year was the temperature – it was 42 degrees in the morning and dropped throughout the day. 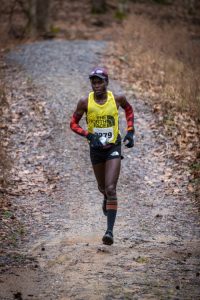 LBL offers four distance options: one loop equals a half marathon, two loops are a marathon, three equals a 60K and those who finish four loops are among the highly coveted 50-milers. Well, imagine a 475 runners taking to dirt in light rain. The first loop wasn’t too bad and the second loop was messy, but at least 50% of the runners completed the half and were already off the course.

Starting loop three is always a mind game. It’s the loop that makes or breaks me at LBL. This year was no different. By the start of loop three, I was not just wet—I was freezing. It was also pouring. Where the trail hadn’t turned into a cold, streaming river, it had turned into ankle deep, shoe-sucking sludge.

The good thing about loops is that you see the same people at aid stations who eagerly await your return. The Ranger Station at LBL is the main aid station where many members of the Durbin family await. Terri, Durb’s wife, and his brothers Lawrence, Ken, George and Rich, greet runners and help anyone in need. The Ranger Station is also where the drop bags are located. This is where I should have taken my time because I forgot my rain jacket, which was the start of my demise.

The Ranger Station is located between miles six and seven on the loop. I planned to call my running sister, Cathy Downes, to meet me at the start of the fourth loop to run me to the finish. This was my best plan to finally get the elusive 50-mile finish at LBL. I called Cathy to let her know what time to meet me and express my self-doubt in the cold rain.

Not even five minutes after the Ranger Station, I took a nose-dive straight into an ice-cold stream of muddy water. My clothes couldn’t get any wetter, but the gloves I had just changed were now also drenched. I got up, assessed the damage and continued on. Step-by-step, mile-by-mile, I shivered uncontrollably. 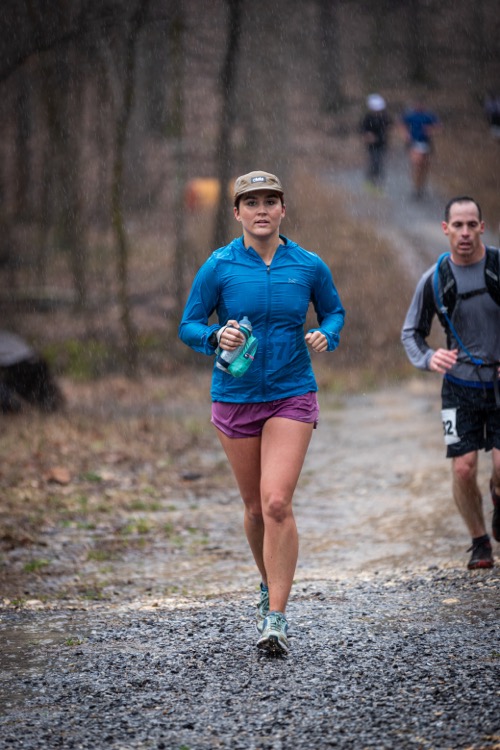 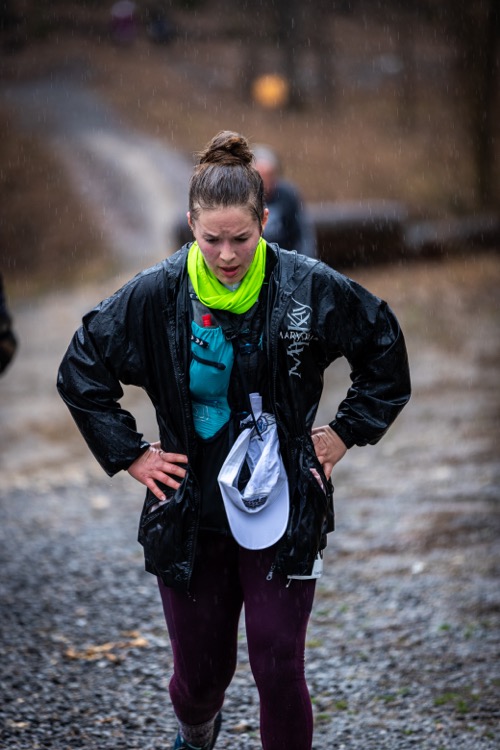 Arriving at the next aid station, I came upon a good friend, Abbi Auger. Abbi knows me well, and has seen me at many marathons and ultras over the years. She knew something was terribly wrong. I had my phone but could not dial with my frozen fingers. Abbi dialed Cathy for me to let her know there would be no fourth loop.

I struggled through the rest of the third loop and threw away the wet gloves that only made my hands colder. I was trying to stay warm by running as much as possible, but I just didn’t have it in me. As I finally crossed that finish line and was greeted by John Durbin, I realized that I had been defeated by Mother Nature once again.

You may wonder why I keep going back to run a race where, after seven years, I have yet to complete my targeted distance. I go back because LBL is more than a trail. I go back to be among friends and family who continue to believe in me, support me and encourage me. Thanks to Steve “Durb” Durbin, the entire Durbin family, and the amazing volunteers. One day I will finally get that 50-mile buckle at Land Between the Lakes.