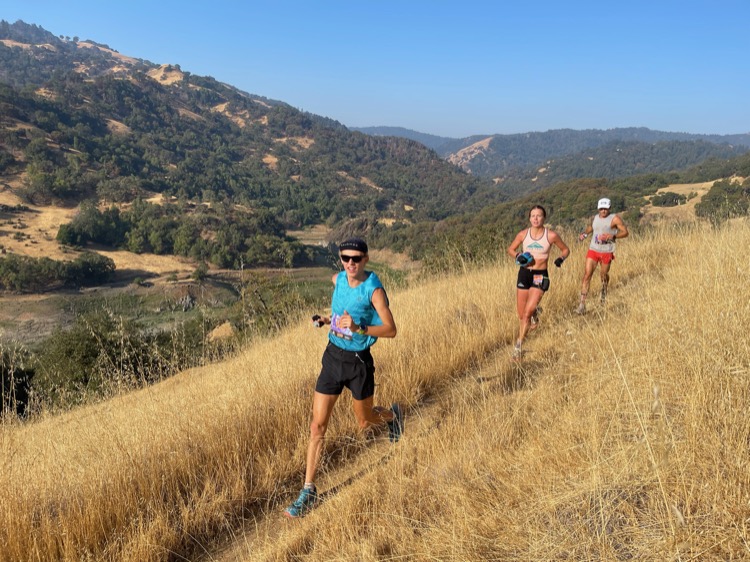 Striding it out with Kieran Nay and Keely Henninger. Photo: Greg Lanctot

After nearly a 17-month hiatus, the notoriously competitive Lake Sonoma 50 returned to action this past weekend in Northern California’s renowned Sonoma County. In addition to the traditional 50-miler on Saturday, the race director and owner of Healdsburg Running Company, Skip Brand, recruited Keira Henninger to add a 100k race on Sunday. I chose to run the traditional 50-mile distance on Saturday, as this was my first 50 back in 2018 and I felt as though I’d learned enough over the last few years to improve.

While this year’s race was postponed from April, thus missing the lush flora, flowing creeks and relentlessly rolling hills, the 2021 edition featured intense heat nearing 100 degrees, dusty conditions and smoke from the nearby Lake Tahoe fires. We were, however, fortunate on Saturday to start off the morning with rather cool and comfortable conditions. 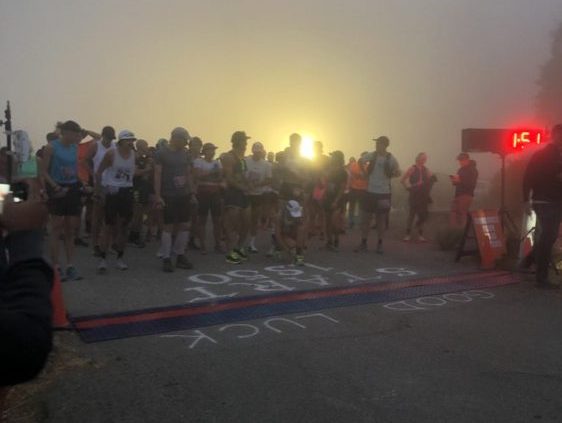 Foggy at the start of the Lake Sonoma 50. Photo: Darren Thomas

Launching into the mist down the road from the South Lake Trailhead and onto the Stewarts Point-Skaggs Springs two-mile road section, Mario Mendoza and Logan Williams quickly asserted themselves just off the front of the lead pack. Once on the South Lake Trail, the field began to disperse with Preston Cates moving toward the front and taking over pacing duties from Mario. I settled into a nice rhythm with Keely Henninger, chatting and clicking off the miles easily in the rather cool conditions that we knew wouldn’t last. Sitting around eighth place as we entered the Warm Springs Creek aid station at mile 11.6, I quickly grabbed two new flasks from my crew and kept moving. Just a minute up the trail Chase and Nikki Parnell of Treeline Journal informed me that Cates had gapped Mendoza and was about 10 minutes up the trail leading the race as we headed toward Madrone Point. 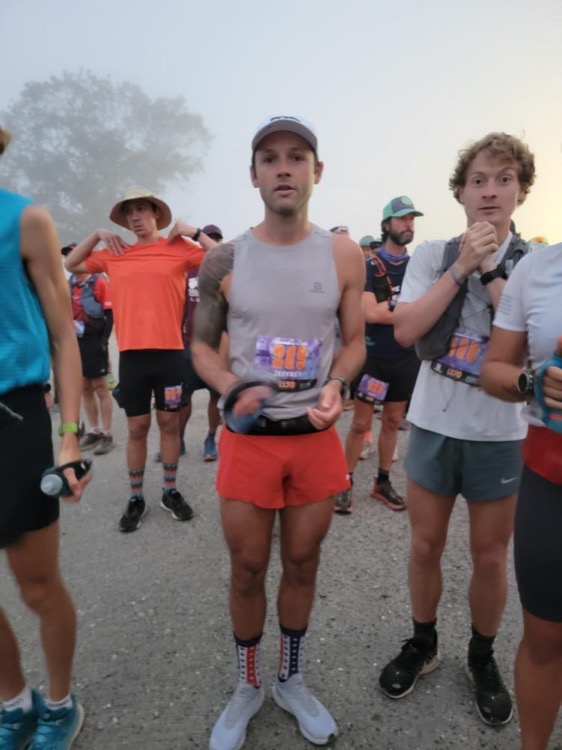 Henninger and I quickly connected with my Salomon teammate Kieran Nay, who was off a recent top 10 performance at the Pikes Peak Marathon and running his first 50-miler. After Madrone, we passed a few runners and picked up a couple more in the form of Flagstaff resident ​​Joey Defeo (also running his first 50-miler) and Grant Hotaling (a local Healdsburg favorite). We chatted away as we moved swiftly up the long climb to the No Name aid station and turnaround point. Our group represented fourth through eighth place in roughly 3 hours 28 minutes elapsed, and only six minutes off the podium, yet 20 minutes behind Cates who was still in the lead.

Once we made the turnaround to head back for the second half of the course, the heat reared its ugly head and the suffering began. Henninger, Defeo and Hotaling were out in front of me as I sat in seventh. Defeo passed Henninger just before the 50k mark, never to be seen again, and at the Madrone aid station I caught up to Henninger. Hotaling had dropped back to conserve energy, so Henninger and I began to work together as the exposed and ever-increasing heat of the day forced us to start taking salt tablets and douse ourselves with water and sponge baths at the Wulfow aid station.

It was not long after mile 35 that all the things (fatigue, dehydration, heat) began to take their toll on me and I dropped back from Henninger. I knew the podium was just up the trail, but after having not started the last three races and coming back from an ankle injury, I felt comfortable and safe in sixth place. 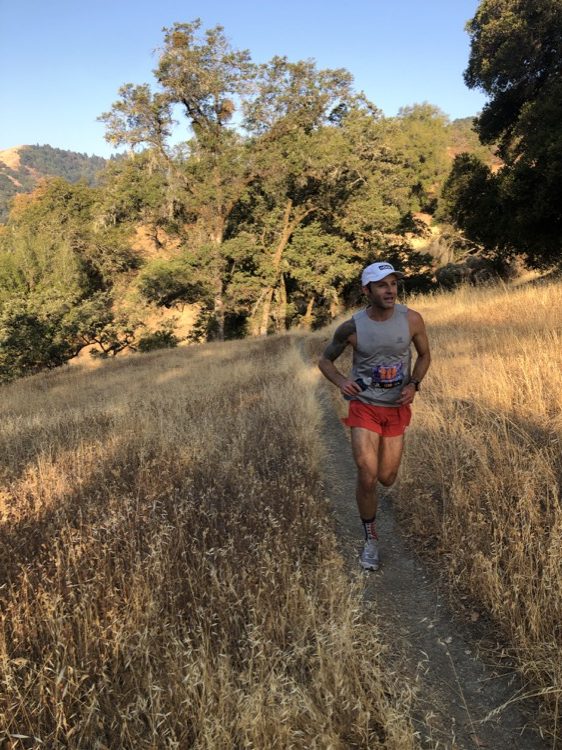 Rarely do you achieve greatness by playing it safe, and that’s the precise moment where I wished I would have dug a little deeper to hang with my friend and push on because once I made that decision to let go, it’s a slippery slope and difficult to get back into the deep grind mode it takes to reach new heights.

I caught up to and ran with Williams after reaching the Willow Springs aid station at mile 38 and dousing myself with water, filling my belt and hat with ice, and eating a pickle. The going was slow here. Hotaling came up to me only a few miles from the final aid station at Island View, moving really well and running when I wasn’t, so I slipped back into seventh again.

Then I just tried to enjoy the final moments the miles provided, or what approximates to an hour of deep suffering. I wasn’t going to beat my course PR or even my 50-mile PR, let alone crack the seven-hour barrier (in fact, no none would). But just four weeks ago I was walking around on crutches and being told I wouldn’t run for 6-8 weeks. I canned my plans to race OCC at UTMB and looked for something else as I launched myself into physical therapy and the continuous RICE recovery routine. While the training didn’t quite fit and my taper was done in reverse, just lining up, not re-injuring the ankle, having fun with friends and finishing the race were paramount. I achieved all four, finished on a day when it would have been far easier to just pull the plug, and stayed steady from the half-way point until the end, sliding into the top ten.

We all celebrated with libations and tacos, cheering in all the salty finishes, spent a few long overdue hours reminiscing on another summer passed, always with a little bit of what could have been, but even more so happy with what was and is. Back at events in our favorite places, dusty, sweaty, tired, bruised toenails, carrying a little unknown into the future that is fall, yet still dreaming big. The ultrarunning aurora, truly sweet in the stinkiest and most special of ways.