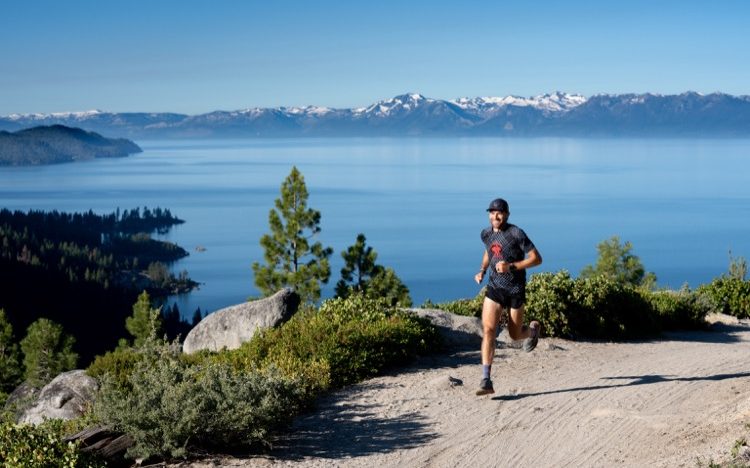 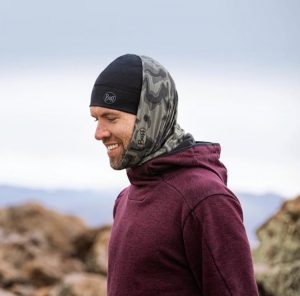 In 2016, ultrarunner Adam Kimble completed a transcontinental run across America in 60 days. In 2017, he and his friend Kris King set off on foot to run the length of Great Britain, becoming the first people to complete a self-supported run the length of Scotland, Wales and England, while summiting the highest peak in each country along the way. The year of 2018 was packed with races for Kimble, many in which he set course records, including Desert Ultra 250K and Folsom Lake Ultra Trail 68.5 miler, not to mention a 13th place overall finish at Western States in 17:33:10. But there were no far-flinging undertakings for him. When 2019 rolled around, Kimble, named Tahoe’s “Best Community Athlete” of 2019 by the Sierra Sun, was determined to embark on a fun and challenging quest. Having lived in Tahoe City for the past three years and regularly running sections of the Tahoe Rim Trail – specifically North and West Lake area – his next adventure materialized. He decided to embark on breaking the Tahoe Rim Trail Supported FKT, set in 2009 by the illustrious sky and trail runner from Spain, Kilian Jornet.

Jornet was 21 years old when he completed a remarkable circumnavigation of the 165-mile TRT in 38 hours and 32 minutes, breaking the supported record set by Tim Twietmeyer in 1995 in a time of 45 hours and 58 minutes. Breaking Jornet’s record will take a superhuman effort on the part of 32-year-old Kimble, but the he’s up for the challenge. Kimble’s training regimen consists of running, strength training at the gym, hot yoga once a week and biking. During the winter months, he swims laps in an indoor pool, and does some water running.

To date, Kimble has covered 60% of the 165-mile trail, which means that some of it will be unchartered territory for him. As an endurance-running coach, he promotes two approaches to training: 1) know a course like the back of your hand, and 2) have some sections you’re unfamiliar with. He believes that the latter approach keeps the brain engaged, which creates a sense of excitement and intrigue for a runner. Kimble’s goal is to come in any time under 38 hours and 32 minutes to break the record, but his “A” goal, if all goes according to plan, is to come in closer to 36.5 hours. 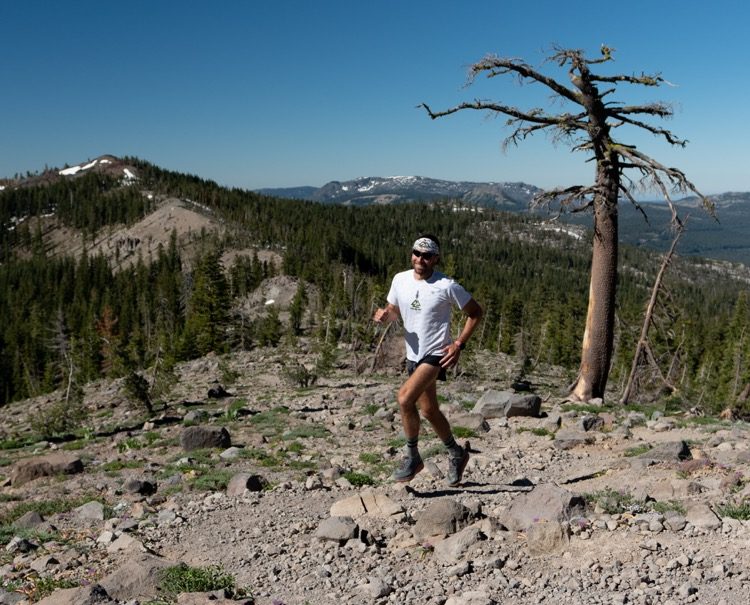 Kimble’s crew consists of his wife, Karen, and buddy Josh Mohr, who have crewed him at all of his big races; he has two other friends joining the crew, in addition to six pacers who will jump in to support him at various points on the course. He intends to go the first 40 miles alone to acclimate and get mentally focused. One-hundred-mile races are his forté and he often chooses to run solo, so he’s excited to have a rotating group of pacers to keep him engaged, moving and entertained. Kimble intends to sleep when and if he needs to, but he’s clear that if he is going to break a record, he needs to keep sleep time to a minimum – perhaps one to two hours at most, if he can help it. Knowing that there are bears out there on the trails will also keep him alert.

When it comes to nutrition, he plans to treat the first 75 miles as a race, and use his typical go-to products, including supplements and gels. For the second half of his run, he plans to shift to real food: peanut butter and jelly, grilled cheese and hopefully, some pizza. His drinks of choice will be water and soda, and he will use electrolytes throughout.

In terms of excitement and nerves, Kimble thinks being nervous is a good thing. “I go out and run because I love it. I don’t dread the lows – they are part of the adventure. I hope to finish, and to have fun.” His long-term goal is to continue to compete for a long time to come. For more on Kimble’s Tahoe Rim Trail Supported FKT attempt, follow him on Instagram @adamkimble818. He intends to post a link to his tracker before he sets off on Friday, October 11.