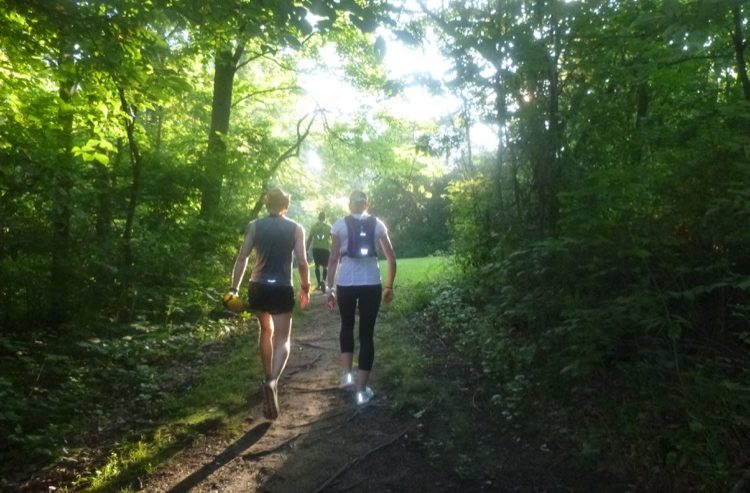 Burning River has always been a race with a heart of irony. The very name is a paradox. How in the world can a river burn? The race celebrates health, strength, vitality, natural beauty and of course, the Cuyahoga River. Yet 50 years ago, the actual events that led to the Cuyahoga earning the name “burning river” were tragic and ugly – the very opposite of health and vitality.

A 1968 university study’s description of the river concluded, “The surface is covered with [a]  brown oily film… large quantities of black heavy oil floating in slicks, sometimes several inches thick, are observed frequently. Debris and trash are commonly caught up in these slicks forming an unsightly floating mess. Animal life does not exist.” The Cuyahoga was one of America’s most polluted waterways.

Eventually, the river caught fire and drew the attention of TIME Magazine. Redemption, however, was at hand. Coverage of the “burning river” ended up contributing significantly to the environmental movement in the US and eventually led to water pollution control legislation, the Clean Water Act, and the founding of the Environmental Protection Agency. 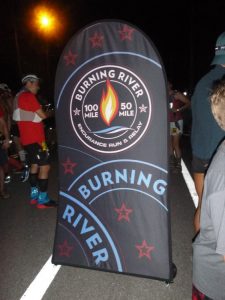 For 13 years, the race has embraced the name Burning River, invoking the hard lessons of the past but celebrating the good that prospered. In 2019, a major course change was required due to the need to limit access to parts of the park traditionally used by the race in order to restore the river, support the flood plains and improve the water quality in Lake Erie. Ironically, the course had to change to continue the very work that was touched off 50 years ago when the river caught fire.

In this case, irony begets irony. With the temporary loss of the start at Squire’s Castle, the towns of Gates Mills and Boston Mills, the peaceful glide down Chagrin River Road, the Ledges area, and many of the old towpaths along historic canals, one expected the course would be a lot less satisfying. The old point-to-point version gave way to an out-and-back, starting at the traditional finish at the Hi-Ho Brewing Company in Cuyahoga Falls, with the turnaround at Silver Springs Park in Stow. I imagined an uninspired out-and-back adhering to the last half of the old course, but I imagined all wrong.

Lots of enchanting forest trails in previously unused parks were shoehorned into the new course, giving the race additional elevation change and a feel of the ancient forests of Ohio that Native Americans would have known. There were still diverting sections down country roads, along towpaths, through neighborhoods dotted with centuries-old homes, over a covered bridge, along planted fields and under ledge formations, which gave you a taste of the wonders of the Ohio countryside. A 13-mile stretch that included the Silver Springs turnaround in the center of the race was tailor-made for turning inward and practicing a little self-discovery. Plus you got two chances to run down some handsome, red brick roads near the start/finish in Cuyahoga Falls. 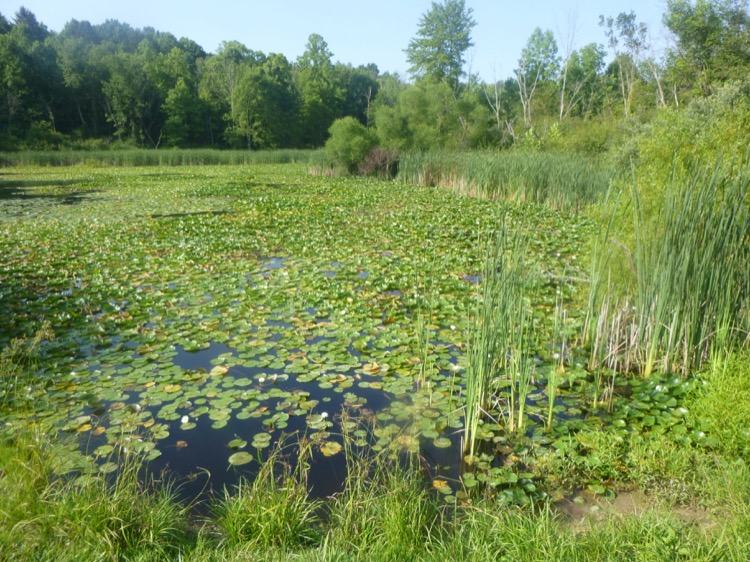 There were also two 50-mile versions of the race going on simultaneously: a first half that started just after the 100-mile event, and a back half that started at 6 p.m. from the turnaround, with runners returning to the start through the night. A relay race also injects a host of fresh, energetic runners into the mix throughout, offering the struggling hundred milers endless diversion and hope.

Race management would like to return the course to its traditional point-to-point route when work on the river allows, but this version of Burning River is still a great race. In fact, if I were you, I would jump at the chance to experience this special edition of the race while the getting is good.

Beautifully written! It’s refreshing to learn the history of the area and the perspective of how the course has changed along with the times

I’m the runner in the white shirt in your cover photo! I’ve paced or crewed every Burning River 100 since 2012, and this year it was my turn to finish it. Thank you for a wonderful write up on a great race!!

I’m the other runner of in your photo. The one in the cowboy hat. This year was my third try at the 100, and my second finish. We ran a little bit together,Gary,when I was attempting my first 100 in 2017, but didn’t make it.

I do look forward to getting back to the old point to point route. It gives the race more of an epic journey vibe. But I do like your perspective on this year’s course change, especially the “special edition” moniker. Reading an out of state runner’s take on our beautiful trail system in the Cuyahoga and Merriman Valleys gives me fresh appreciation for how fortunate we locals are.