Jackalope Jam: The Cone of Death

Trail Racing Over Texas hosts Jackalope Jam, an annual timed race on 7IL Ranch, right around the third weekend in February. Depending on your level of sanity, one can choose racing times of 72, 48, 24, 12, and 6 hours. The premise is to find out who can cover the most distance within those time frames. The trail isn’t much of a trail at all, but rather a hard-packed dirt road mixed with large chunks of gravel and sand. The weather in Texas is well, weather in Texas, and if you are unfamiliar with these parts you just won’t understand. I’ll put it this way, it fluctuates a lot and it’s hard to predict. All in all, the stage is set to race.

The 72-hour race started on Thursday morning and 40-some-odd nutjobs toed the line. Most of these nutjobs are close friends of mine. They are average folks from all walks of life and backgrounds—firefighters, nurses, business owners, mothers and fathers, and they all carved out 72 hours of their week to run 0.75 miles out towards an orange traffic cone and back. Some are looking to get 200 miles in before Sunday morning, and some are just pushing their bodies until they literally break. The first 100 yards of the dirt road are lined on both sides with pop-up tents that resemble the parking lot of a football tailgate. With that visual in mind, now imagine the sound of flapping tent tarps hitting a 15mph cross wind as they release the smell of sizzling bacon. It’s a festive vibe for sure, and one of my favorite races of the year.

Sitting at my desk at work, snapshots of biting cold winds and rain-drenched runners start popping up on social media. It’s only Thursday afternoon and I have two days until I get out there myself to find out what I can do in a 24-hour race. I’m eager to lace up but at the same time, I’m thankful for a warm bed. With that on my mind, I start to get things packed up on Friday night so I can get out the door first thing in the morning. I look forward to it, but not circling that dreadful “Cone of Death.” 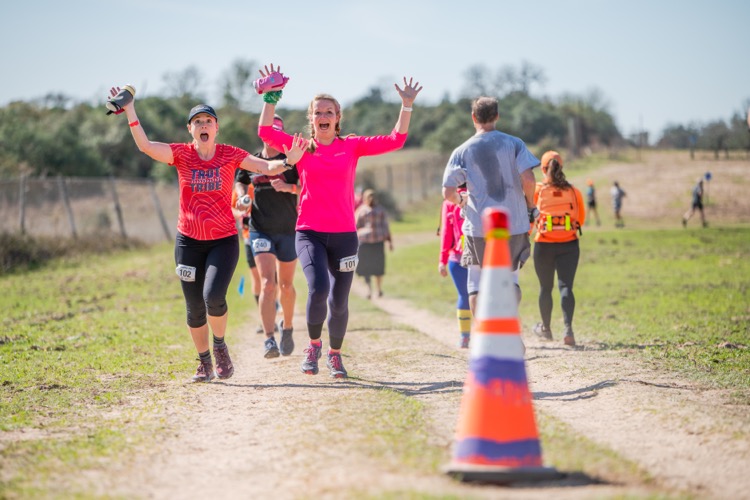 Race day morning arrived, and the weather had cleared up. There was just a little headwind but it was actually gonna be a clear, sunny day for once. Not much to prepare for since it’s only 1.5 miles until I’m back at the timing mat and base camp where I have all my gear. But I did see a lot of my running buddies before the race started. Some were starting the 24-hour like me as well as the shorter races. Then of course, there were the zombies from the 72- and 48-hour races that were deep into heavy mileage. Some were limping, some were sleeping and some were actually running at a fairly decent pace. Then it was go-time. It was fast and fun for the first 25 miles and tons of high fives were being had. With all the timed races in full effect and 200 runners on the course, it was an incredible vibe. And we were all running around an orange traffic cone.

When the sun sets, this “cone” takes on a whole new form. It’s not that cheerful looking fellow, gleaming in the sunshine anymore. It’s got that flashing red beacon now that calls to you in your nightmares. And you see it every 1.5 miles. But you somehow make it there. Over and over again. For me, things started to shift and it was about 11 p.m. when I was just hitting the 100k mark. I was doing everything right all day and night. I also wanted to stay on target for 100 miles and I knew that precious average pace per mile needed to be sub-14:24. I got a surge of energy I have never felt before and ran the next 10 miles at what I thought was sprinting speed. I was blazing to that cone and back as fast as my body would take me. I was downing grilled cheese and RedBull like a college kid staying awake to write a midterm paper. After getting to about mile 70, I had reclaimed the third-place male slot, but the math wasn’t stacked up in my favor for a 100-mile finish. Regardless, I kept going out to that blasted cone. I had hit mile 85 on my Garmin, and it was about 4:30 a.m. I was gonna come up short even if I ran the next 15 miles at a super aggressive pace. But I was alright with that. I told myself, “I’ll get a new 100K buckle to wear around town and I’ll have a warm Jeep to crawl into after a satisfying finish.” 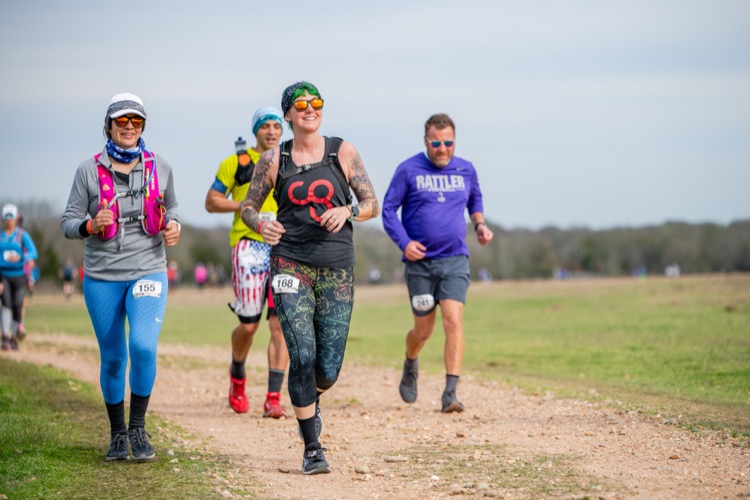 This is why I ran around a traffic cone for as long as I could in a 24-hour race. Some did it for other reasons. Others hit goals that blew my mind, like Matt Zmolik who hit 210 miles in 72 hours, 141 miles in 48 hours by Luis Aceves, Chris Koerner with 114 miles in the 24-hour race, Amber Ellsworth hit 61.5 miles in the 12-hour, and Cameron Dorn pounded out 40.5 miles in the 6-hour. Major kudos to all those top podium finishers. But most of all, and the ones that need to be recognized the most in my opinion, are the other 196-some-odd runners. The runners that took time away from their busy schedules and to challenge themselves. The ones that were sane, not “insane” for running around a traffic cone for multiple hours of the day and night.

Diamond in the Rough: Leah Yingling

There are so many great pieces of the article. The race itself just sounds like a great time. Any race with a festival feeling is a good race. It would be nice to access your gear every 1.5 miles. I also love the attitude, what can I do in 24 hours. It’s an incredible challenge to take on. Then at the end proud, of the effort. And a new buckle. Last, I am blown away by what top finishers did. 210 in 72 hours seems unreal. Congratulations to everyone that ran. Thanks for sharing. Ryan