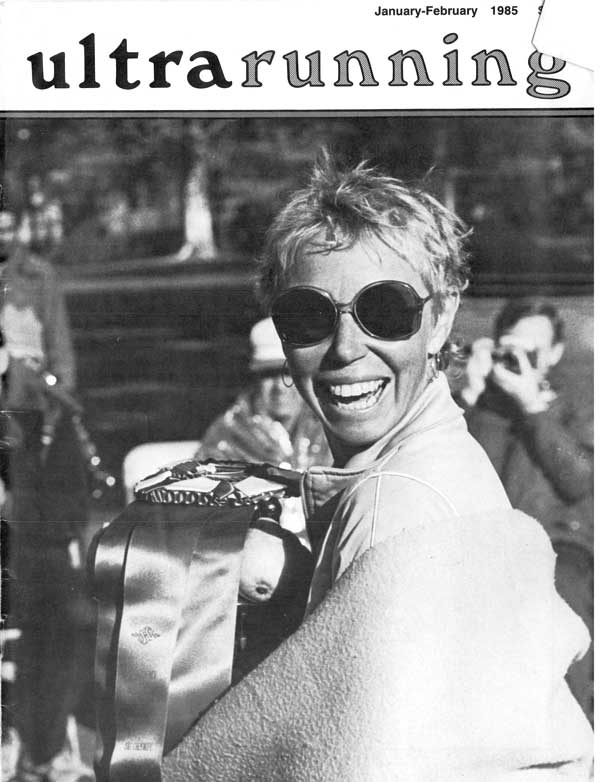 How Good Is Yiannis Kouros?

How good is Yiannis Kouros? Put it this way: He is the only runner for whom an accusation of cheating eventually became an honor. The quality of his run in the first Spartathlon was so far beyond what anyone thought possible that the only way to put his performance in perspective was to assume that he had cut the course. And so he came to Austria on Easter weekend of 1984 as the object of sincere suspicion. Three days later he left as the object of unreserved reverence. In between he averaged 66 miles per day of nonstop running at seven-minute-per-mile pace. During those three days he passed over 30 well-stocked aid stations and never stopped — never even walked — at a single one. His slowest individual mile during the three days was well under eight minutes. His only complaint was that he had no one to push him.

When he returned to defend his Spartathlon title one year later, he became the object of the most scrupulously scrutinized point-to-point ultramarathon in history. Virtually every step he took was observed by official race personnel. In this, a 150-mile race in hot weather on gravel roads that includes climbing two mountain ranges on steep, rocky trails, he hit the 100 km mark in under 7 hours, the 100 mile mark (atop the highest mountain range) in under 13 hours, then took less than 9
hours for the remaining 50 miles.

In between these two events the little Greek god made mockery of the finest six-day field assembled in modern times in a week of bizarre weather in New York City. It was a performance that finally made the nineteenth century specialists seem just like the rest of us. What can you say about 635 miles? Well, you can say that it included 266 miles in 48 hours, and before that 163 miles in 24 hours. The singleday total is this year’s track world leader. The two-day mark is an all-time best, despite the fact that it included more off-track time than any other performance over 220 miles.

But Kouros found a way to top all of the above. Where do you go if you’ve demolished the all-time running records? How about the all-time l-ecovery records? Barely a month after his Spartathlon victory Kouros returned to New York, setting a world road best for 100 miles on the way to an all-time record—breaking 24 hour of 177 miles. This on a far less than ideal road loop with no lighting and in subfreezing weather.

Not yet finished with feats of the incredible, Kouros then cut his recovery even more, starting the Colac Six-Day less than three weeks later. A more cautious opening two days of 250 miles allowed him to add a little to his own sixday mark.

Not content with rewriting the running and recovering books, Kouros also broke ground in the world of high finance, eventually becoming the center of a controversy worthy of the nineteenth century professionals. His New York and Colac wins brought him almost $20,000 in prize money. At Colac he stopped just short of his New York record with over an hour remaining. According to his manager, Dennis Skaliotis, it was a gesture of disgust at promises. later rescinded, of a specific amount of appearance money and a car for breaking his record. Kouros eventually returned to the track to surpass his record at the urging of some local Greeks (including relatives). The universal interpretation was that he had held out for a larger record-breaking bonus, an allegation that Skaliotis claims is untrue.

In fairness to both the athlete and his manager, it must be said that the western ultrarunning world owed Kouros an apology. One influential ultra journalist had even gone so far as to print that Kouros had been seen riding a motorbike during the Spartathlon — an abject fabrication. He was viewed as an opportunistic Greek who couldn’t possibly be for real. And now he flaunts his reality in the face of those who simply can’t cope with and still can’t comprehend — it. He is fortuante to have Obtained Skaliotis, a specialist in oriental medicine, as his handler and agent. Considering that neither of them had any real multi-day track experience before New York, Skaliotis’s handling was brilliantly competent and innovative. His business savvy is equally impressive. Though suspect in ultrarunning circles, his financial demands would simply be status quo in the world of big-time marathoning.

You won’t find the secret to Kouros in either his ability or his training. His marathon best is only 2:24. He rarely takes a training run longer than 12 miles, and is never over 80 miles per week. He follows a strict vegetarian diet that has no red meat. poultry, fish, eggs, or dairy products. Surely the reason for his success lies beyond nutrition, but nobody now following the sport is likely to find it. Like the Trinity, pi, and pyramid power, he is a classic mystery. And the best approach to take with a mystery is to stop trying to solve it and just believe.