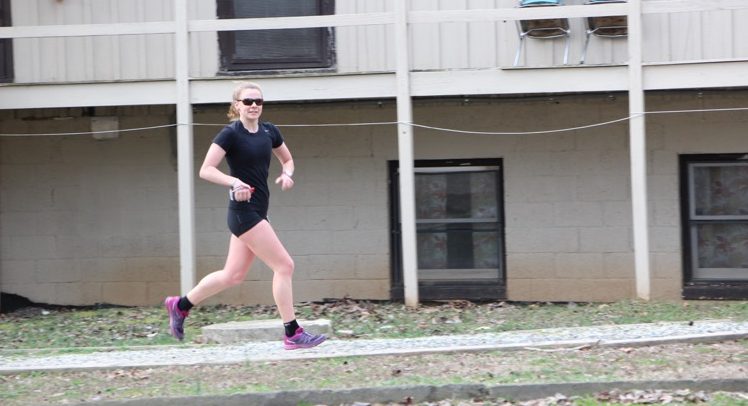 The early season race for many runners in this part of the country is the Holiday Lake 50K (HL). HL is a relatively flat ultra, with just over 2,200 feet of elevation gain, compared to the other ultras in the spring such as Terrapin Mountain Dam 50K and the Promise Land 50K. This is also a great race for a first ultra. There were over 40 runners making their ultra-debut at HL this year.

HL has so much to offer an ultrarunner including a pre-race pasta meal, parking and sleeping areas at the start/finish, and usually good weather. However, about every fourth year, there is bad weather, consisting of snow, rain, sleet, or all of the above. This year, the weather was perfect, starting in the low 40s and later reaching the 50s, with no mud and very dry conditions. 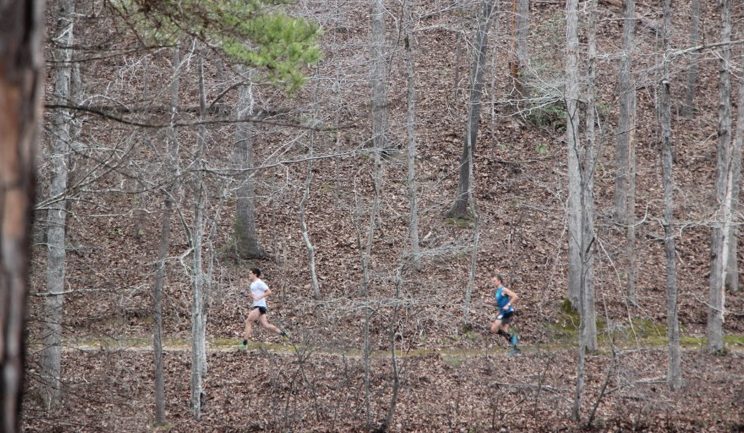 This race also attracts a large contingent of ultrarunners from Virginia Tech and Liberty University. I would guess that there is probably a greater percentage of runners in their 20s than any other ultra in the country.

Entry shirts were technical shirts designed by Helen MacDermott. The design was the prettiest design I have ever seen for an entry shirt. Finishers received a silkweight Patagonia shirt. Top 10 runners and age-group winners also received a Patagonia Refugio backpack. The male and female winners received a beautiful glass trophy produced by Bob Heltibridle of Valley Lasers.

The men’s race started with a large group going out together. At the first aid station (mile 4), 16 runners checked in within one minute of each other. However, by the third AS (mile 12), local runner Nick Reed had opened a three-minute lead on Matt Thompson (Crozet, VA). Reed added to his lead at each of the next several aid stations until his lead was six minutes by 25 miles.

The women’s race looked like it would be very competitive, and it was. Amy Rusiecki (South Deerfield, MA) was seeded first. Hannah Bright (Blacksburg, VA) was seeded second and has turned into a top competitor in the last year. There were also three other Hokie (VA Tech) women who were running their first ultra but looked to run very well – Laura Sullivan, Ashley Hayes, and Jillian Everly.

Sure enough, the women went out fast and stayed very close. At the third AS (12 miles), Sullivan had the lead with Rusiecki one minute back and Bright and Hayes another two minutes back. At the end of the first loop, Sullivan had a lead of three minutes finishing the loop in 2:09. The course record (CR) was 4:23, held by Bethany Patterson of Richmond, VA. With this being her first ultra, I thought Sullivan would slow down and miss the course record. Boy, was I wrong. Her lead grew at every aid station: three minutes at the turnaround to 11 minutes by the end. She crushed the CR by running the second loop in 2:09, for an even split, finishing in 4:18:41. She set a new CR with the fastest time run by a woman at HL in the 22-year history of the race. 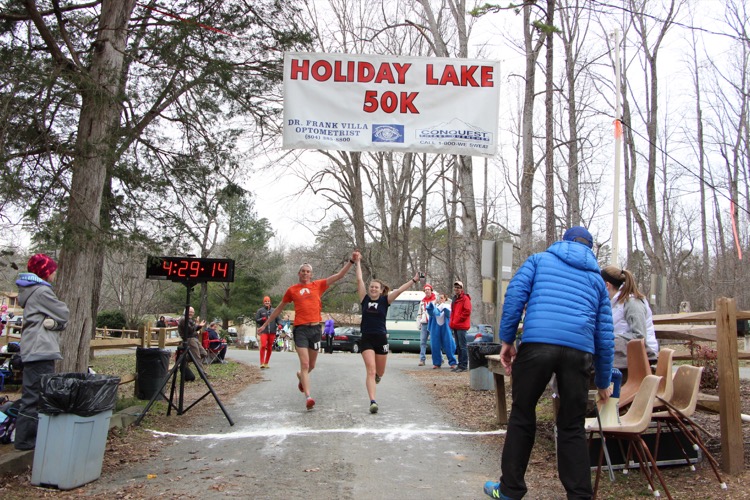 Bright took second place in 4:29:16 with Hayes finishing third in 4:31:26 for a clean sweep by the Hokie women. Rusecki took fourth place in 4:35:03. Everly took fifth place. Four out of the top five were Hokies. What are they feeding them in Blacksburg?

Starting with a field of 228 runners with 222 finishers, and a new women’s course record, it made for a very successful event. What will 2018 bring? Hopefully next year brings even more runners, especially first-time ultrarunners.