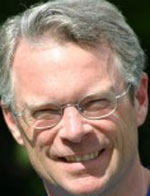 The surprise isn’t that ultrarunners get lost once in a while. The surprise is that they’re not all lost all the time. Imagine marking 30 to 100 miles of remote trail for a bunch of strangers who are mostly clueless about the area in such a way that not a single one of them is going to get confused. What a challenge! Yet race organizers seem to have a gift for anticipating where runners need a reassuring confidence flag, a glow stick in the dark forest, or a strategically placed sign. They do such a tremendous job that most runners usually breeze through a race with no problem. Unfortunately, (expletive) happens, and when it does, you can find yourself in a very quiet, leafy spot all alone with a sinking feeling in your gut, realizing that you’re off course.

The first order of business regards getting lost is to approach the race in such a way that it doesn’t happen. The second order of business is to know what to do when it does happen. Well before race morning, you should have a close look at the information provided to participants about the race. Familiarize yourself with the course map so you have a good idea of how the course unfolds. Is it point-to-point covering new ground the whole way? Out and back? Are there loops, figure eights? Are you clear on the route your race distance takes versus the route for other distances?

Read through the point-by-point course description a couple of times. These are often long and complicated, so you’re not going to retain it all, but you’ll get a feel for how the course flows and you can pick up some key pieces of information that might help you later on.

Just before the race, pay careful attention to the race director’s pre-race briefing. Typically you’ll find out about the standard course markings, any special types of markings, such as striped ribbon to mark turns, and any conventions being used, such as glow sticks at the approach to aid stations or ribbons on the same side of the trail as an upcoming turn. Often the race director will call special attention to some tricky or confusing turn or loop on the course. That information can sometimes save you a world of frustration when you find, for example, you’ve doubled back to the start/finish after only covering half the course.

During the race, the absolute key to staying on course is to pay attention. Swapping stories with other runners is one of the delights of ultrarunning, but don’t let yourself get so distracted that you start missing turns. And especially don’t expect the other runners to be doing all the navigating while you just tag along. I don’t know how many times I’ve followed several runners down a wrong turn when everybody thought the other person was looking out for the course.

At the Heartland Hundred in eastern Kansas one year, my friend and I were breezing down a long stretch of country road deep in the Flint Hills talking excitedly when a pickup truck pulled up next to us. A guy in a battered cowboy hat asked us where we were going. “To Texaco Hill,” I answered confidently, the location of the next aid station.

Just as confidently, he responded, “No you’re not. You missed a turn about two miles back.” So we backtracked to the spot where we’d missed a clearly marked turn onto a single-track that we had blown by because we were shooting our mouths off and not paying attention.

The danger is there when you’re running alone as well. You can get so wrapped up in your thoughts or in your music that you stop being aware of your surroundings. I’ve come out of a reverie so deep that I realized I’d covered a couple of miles without being aware of anything around me. If I’d missed a turn, I wouldn’t have known about it.

The problem is compounded at night when it’s dark, you’re drowsy, and your mind wanders. It’s extra hard to keep a sharp focus on the trail. Glow sticks, little button lights, and reflective tape are used to good effect these days to mark the course at night, but you still have to be diligent. Be sure to move your light around from time to time. If you keep it locked on the trail right in front of you, you can miss a ribbon hanging high above.

In one race, I was following reflective forest service markers through dark woods when the trail took a big fork to the left. I went that way and ran a mile before giving up and returning and meeting another runner doing the same thing. Back at the fork, we saw the correct route was the smaller right hand fork marked by reflective arrows that were high up on two trees on either side of the trail. During the day, those arrows would have stuck out like sore thumbs. At night, with our lights shining too low, they were invisible. Getting off course usually involves some uncertainty and confusion on your part. It doesn’t seem possible that you went wrong, but if you are not seeing any course markings or other runners, you need to take stock. First, take careful note of the direction you’re going and the direction you came from on the road or trail you’re following. If you start going back and forth, you don’t want to be confused about which is which. Also take note of any visible landmarks nearby.

Ask yourself if indeed the markings for the course have been at regular intervals and you have clearly exceeded the time that should have brought you to the next flag. Some courses are marked only at key points and don’t use confidence ribbons. On that kind of course you may go for quite a while without seeing any markings. Have you come to an intersection or trailhead that almost certainly would be marked but isn’t? That’s a clear sign you might be off course. Look to see if there are any footprints or marks in dusty parts of the trail. No sign whatsoever of traffic is another sign you’ve gone the wrong way. Does the trail peter out or suddenly get very hard to distinguish? You’d normally find such confusing areas marked if you were on course.

Once you’ve gone far enough to convince yourself there are no markings up ahead and you’ve waited a while and seen no other runners, backtrack in the direction you came from and look for the last course marking that you passed. Most of the time this is going to get you out of trouble. You usually come to a trail junction where you missed a turn, or maybe you stayed on a road and missed the flags just down the trail you were supposed to take.

Once you reconnect with the correct route, you’re allowed to officially complete the race as long as you returned to the point where you first got off course by foot. You’re also allowed to brag about running some bonus miles or make jokes about getting more for your money than the other runners who were not lucky enough to get lost.

If backtracking to find the last course marker doesn’t work, you’ve got a few options. One is to use your cellphone to let someone know you’re lost. If that is not an option, use the whistle you brought along or yell to make some noise in hopes that other runners are not too far away and will respond. If there is a landmark in sight that you recognize that you can use to navigate by, you can try and reach a familiar area on your own, or if there is a road in the vicinity with some traffic on it, you can go there and seek help. Whatever you do, don’t leave the trail and try to make your way cross-country.

If all your options fail, then you need to follow the classic advice and stay put. Continuing down a trail could be taking you farther away from where people will eventually be looking for you. Chances are you are not far from the course; you just don’t know it. Your absence will trigger search and rescue when you have clearly missed a checkpoint or failed to show up at the finish. Your best bet is to relax, get out of the sun, and wait.

It is rare to get completely lost in an ultra, but going off course is bound to happen once in a while if you do enough racing. There’s a lot of confusing trail out there. People can mess with the flags. Your attention can fail you at just the critical moment. It’s just part of the sport and, hey, if you do run an extra couple of miles, you’re getting more for your money.