Gallagher and Bitter named #2 2019 UltraRunners of the Year 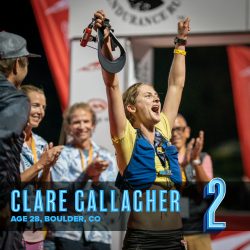 Clare Gallagher is ranked second in the UROY voting for 2019. Gallagher won the Western States 100 in 17:23:25, the second-fastest time ever posted. She also won the highly competitive Way Too Cool 50K and was eighth at The North Face Endurance Challenge. An ardent environmental advocate, Gallagher lives in Boulder, Colorado. – John Medinger Photo: Paul Nelson 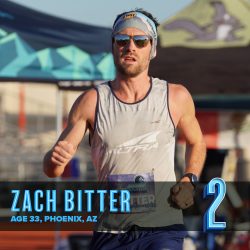 Zach Bitter checks in at number two in the 2019 UROY voting. Bitter’s incredible year was topped by his 11:19:13 world record run for 100 miles at Six Days in the Dome. He continued on to the 12-hour mark, notching 104.883 miles, which was also a world record. Bitter showed his diversity by winning the San Diego 100, a tough trail race in the Southern California mountains, and placed a close second at the JFK 50. He lives with his wife, Nicole, in Phoenix, Arizona. – John Medinger Photo: Rob Steger