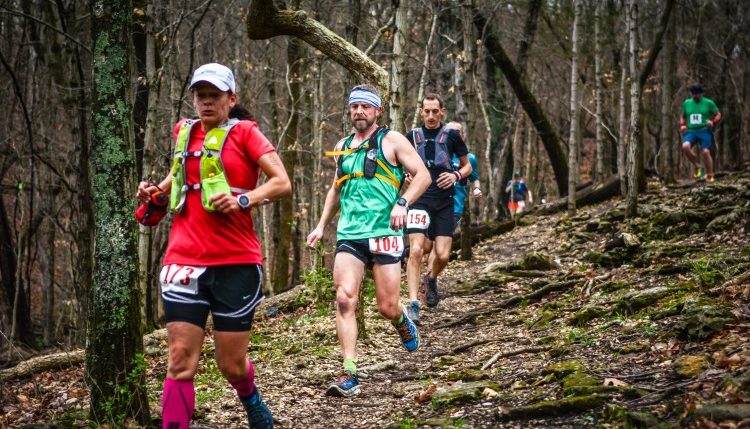 The days leading up to the 20th running of the Double Chubb 25 & 50k were filled with crystal clear, summer-like weather: highs in the mid-80s and just enough humidity to make it “almost” hot. As such, the Meramec River bottom, which the race traverses, had some great weather to dry out. The course had already been flooded twice this year, and it needed this brief taste of summer to return to its dry state.

That drying out was all for naught, as one to two inches of rain pummeled the course the night before the race. However, with an optimistic weather forecast for the day, a 10% chance of rain and mid- to upper-50s predicted, I thought the course record could possibly be in jeopardy given the talent pool that had signed up. Well, apparently I missed my calling as a weatherman (and I’m currently questioning my calling as an RD). 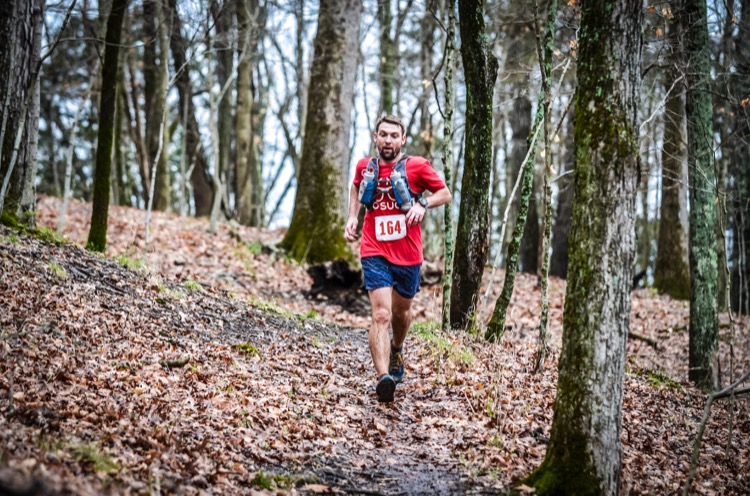 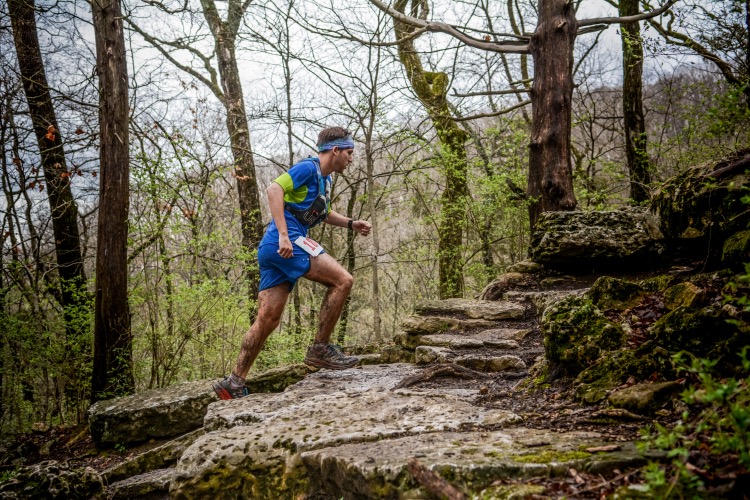 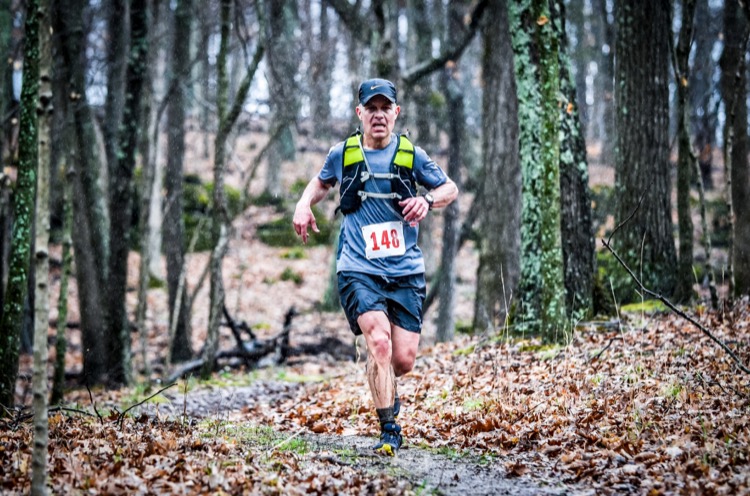 The course, as the race name indicates, goes along the Chubb Trail, a seven-ish mile route that offers some technical rocky/rooty Midwest single track and a nice flat section along the Meramec River. Starting from West Tyson County Park in St. Louis County, Missouri, runners head east through the rolling hills, descend to the river bottom, then climb up to the Lone Elk side of the trail. The race is an out-and-back with the addition of the beloved Chinkapin Loop on their return to the finish. One out-and-back is about 1,500 feet of elevation gain. The 25k runners complete this route once and the 50k runners get to do it one more time for posterity. The race is one of five put on by the St. Louis Ultrarunners Group (SLUGs).

It all started at 7:30 a.m. with comfortably brisk temps in the 50s, overcast skies and 85% humidity. However, Mother Nature decided that was all the relief the runners and volunteers were going to get. From about 9 a.m. on, we were met with cold rain for the remainder of the day. This rain, coupled with the deluge the night before, led to some rather muddy conditions, creek-like crossings, and slippery rocks. Fortunately, runners were greeted along the way by incredible, like-minded volunteers. One highlight at the end of the race was a special 20th Anniversary bottle of “Single Track” beer bottled by 4 Hands Brewing of St. Louis. 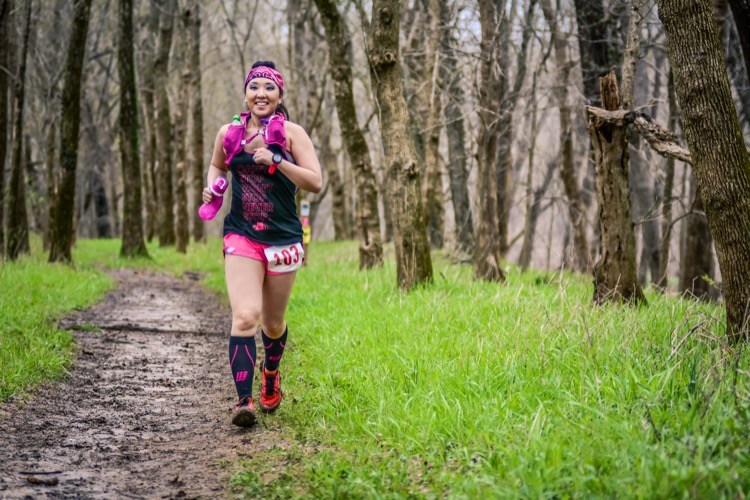 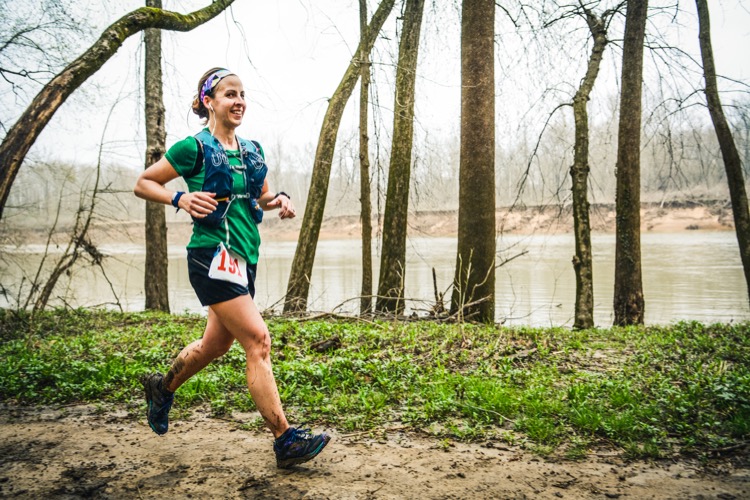 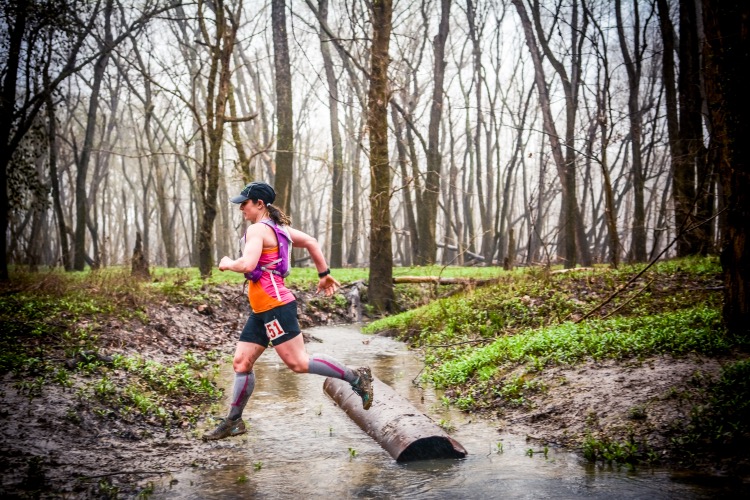 Both men’s races saw repeat victories. Local runner Benjamin Kopecky came in first in the 25k at 1:44:52, only two minutes off his time from the (dry) year prior; and Jack Wilkinson of Breckenridge, Colorado, smoked the course in 4:03:05, almost 30 minutes ahead of second place. Both races saw new queens crowned, as Molly Schmelzle of Ashland, Oregon, finished the 25k in 2:04:39 (third overall), and Rita Short of DeSoto, Missouri, topped the women’s 50k field in 5:41:08.