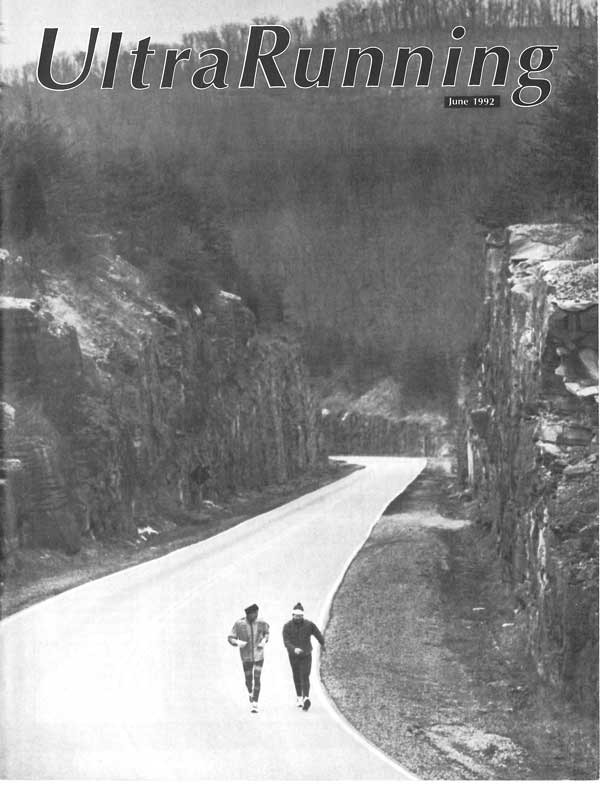 There are two things in life that no worthwhile ultrarunner should live without — hot chili and cold beer!

I’ve run many marathons and many ultramarathons. I’ve spent many years trying to perfect my performances. Those of you who know me will testify that those performances have varied with such magnitude that only the wisest folks can truly understand. Now, the time has finally come for me to give to the world of ultrarunning my most sought after secrets. These secrets have been handed down for many years. But only a few runners have ever truly experienced the “most inner benefits” which are possible to obtain when the formula is followed. It also helps if the runner is a little macho or machoette … if indeed they wish to improve their performance!

Stop laughing, this is no joke! Where did I get this secret? Well, it’s a long story and it goes back many years. You see, the historical and legendary Kit Carson was a great ultramarathon runner. Kit first introduced the concept of chili loading to a small band of Indians and ultrarunning cowboys while he was participating in a half-marathon. The race was actually taking place in the Oklahoma Territory. The location of the race is a place now called Clinton, Oklahoma, population 97,346. (It should be noted at this point that Kit was not just some fly-by-night runner. His best 50-mile race time was 6:22:26 and his best marathon time was 2:31:03. It is said that he could have run faster, but he was wearing high-top boots, long pants, and a long-sleeve shirt. Also, there were only two water stops in the 50 mile, one being a river crossing!)

But what about the secret of chili loading? You see, those Indians and cowboys passed it down from generation to generation until it reached me back in the early ’70s.

It was the night before my first marathon when I happened upon a small cafe just outside of a little town in northern California called Cotati, about 60 miles north of San Francisco, where the “Wrong Turn Marathon” was taking place the following morning.

I knew I needed to eat some form of “carbo” or high calorie food to help me make it the full 26.2 miles. When I entered the small cafe, I noticed three young men and one young lady seated at the counter. The three men had mid-westem/southem accents and the young lady talked like she was from the East Coast. They all four were wearing running shorts and smelled a little like some form of “deep heat.” I noticed that the three men were eating chili and crackers and drinking beer, while the female runner was eating a donut with ice cream on it and drinking a glass of iced tea.

I asked them if they were running the “WTM” the following morning — they were. I couldn’t help but inquire about their choice of meals before a big race. That is when they told me about Kit Carson and his many achievements. I was so overcome by the story and the fact that these runners would care enough about a stranger’s first race that they would share their secrets of success with me that I did what anyone with an ounce of desire to succeed would do — I ate three bowls of “Texas Red” with over a full cup of onions on top! I drank four beers per bowl of chili and I left the little cafe with a smile on my face and a warm place in my heart.

I slept like a baby and ran my first marathon in 3:30:21. Not very fast, but it was my first and I didn’t know you were supposed to drink along the way even though I saw some people doing it. Anyway, I’ll never forget the feelings I had the entire 26.2 miles. I felt as though I had some sort of extra power. I was on top of the world, and I owed it all to Kit Carson and that little band of Indians and cowboys who passed on the value of chili loading.

Now that you have this historical secret … which I’m a little reluctant to pass on to the entire world of ultrarunning, I feel it is only fair to share with you my three favorite chili recipes. But before I do, please take this stuff seriously — I do not wish this secret to turn into a new fad. Just because it has a macho twist doesn’t mean that you should go right out and try it. Try loading for a training run first. Become aware of the many benefits that chili loading has before you try it the night before the “big race.”

I have one other fear of sharing this secret of success and that is that in doing so, this wonderful loading secret could go glitzy. I’m afraid that before long it will turn up at aid stations, just like all the other new fads, including all these new drinks and stuff! Oh, well, I think Kit Carson said it best just six hours before he passed on to the big run in the sky: “Give me a cold beer, a bowl of hot chili, a wild horse, and a beautiful lady, and I’ll show you a happy ultrarunner.” There have been many rumors that the wild horse and the beautiful ladies took Kit to his grave early . . . but never, never, never has it been said that it was the hot chili or the cold beer that took his life early!

Here are the recipes. Remember the kinds of chiles used with the chili varies. However, to tame the “fire,” simply remove the seeds and membranes or veins inside the chile. To be safe, you might want to wear plastic gloves while operating on the chile.

If you don’t it’s a good idea to wash your hands before you go to the bathroom. Even though chili has a macho-machoette twist, I recommend the gloves! Here’s my favorites and the “nick-names” of races I’ve run after loading:

Heat the lard, add all the meat. Cook until the meat is well done. Add onions and garlic to meat and cook until soft. Now add everything else. Cover and simmer for 2 1/2 hours. You may need to add some broth or water as the chili is simmering. Stir about every 10 minutes.

Fry the suet until it is crisp. Add beef and brown, stirring while it cooks. Add all the other stuff and simmer 2 hours. Skim off fat (optional). Note: add the commeal the last 30 minutes. Makes about 33A quarts.

Brown the meat. Add flour, slowly, stirring all the time. Add all the other stuff, stirring. Add broth and let cook for 2 1/2 hours.

Very glad to see your recipes are sans beans…..my great Uncle Jack was a cattleman in Southern Arizona and made chili this way too and Mexican Chili Colorado and Chili Verde are also sans frijoles….always as a side. I am going to try these out. Thanks